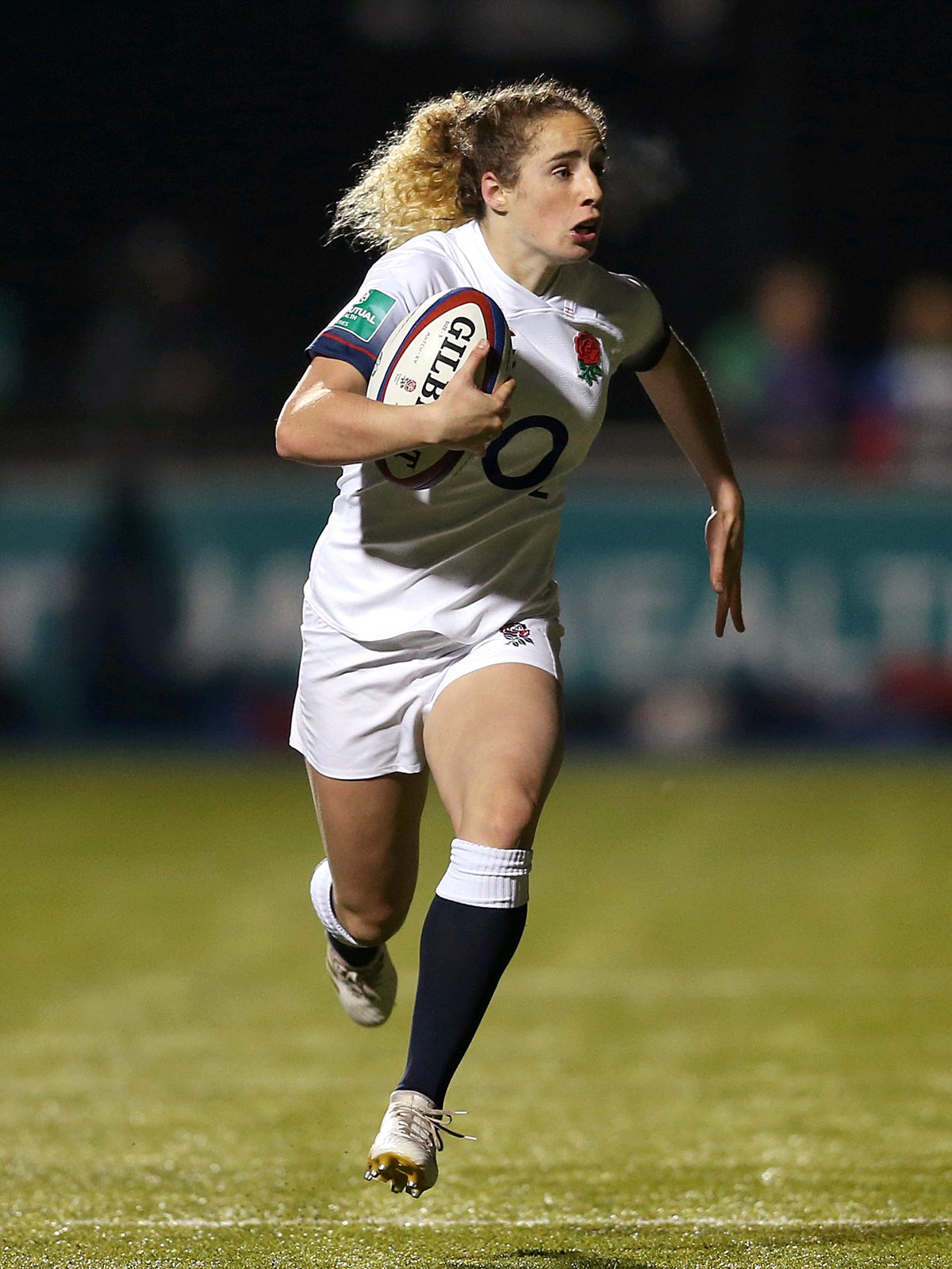 Abby Dow feared she would become the obligatory unfortunate victim of England’s World Cup preparations as she lay on a stretcher in Gloucester with a broken leg.

The winger suffered the horrific injury in Kingsholm against Wales in April and when she was given an initial prognosis of nine months of rehabilitation, the 24-year-old Wasps finisher braced for the worst.

But the timeframe has been slashed to six months, putting the World Cup back in the spotlight, and even that goal is now beatable with a spot in the tournament opener against Fiji in Auckland on 8 October.

“I just remember being in that tunnel and my friends and family coming down,” Dow said.

“I thought I was the person who didn’t make it. You always hear the horror stories of that person who was in shape and then suddenly they get hurt and miss out.

“We’ve been building for this event for five years and the thought ‘It’s me’ went through my head.

“I remember crying in my hospital bed when people broke the news to me that it was extremely unlikely.

“The surgery itself was quite a major surgery and the surgeon can’t say, ‘You’re going to make it.’ You can only say that after the operation.

“For the first two or three months, the million-dollar question was, ‘Am I on my way to making it?’

“Almost having people say it was a possibility, going from unlikely to very likely and then being picked made it a very happy transition, but it wasn’t good for my stress levels!”

Red Roses head coach Simon Middleton said it was a “bigger gamble not to take her” when he included Dow in his World Cup roster and believed the edge she brought to the team was essential.

“There’s a little pencil plan that I might be available for the first game, but I also have to perform because this is a performance environment,” Dow said.

“I’m just really trying to get out of this S&C part and actually grow as a rugby player, not just a leg!”

https://www.independent.co.uk/sport/simon-middleton-wales-fiji-auckland-gloucester-b2176605.html Abby Dow is pushing for the start of the World Cup six months after breaking her leg

How to Clear Search History – The Irish Sun

“I want to be a hero, even though I know heroes have short lives”