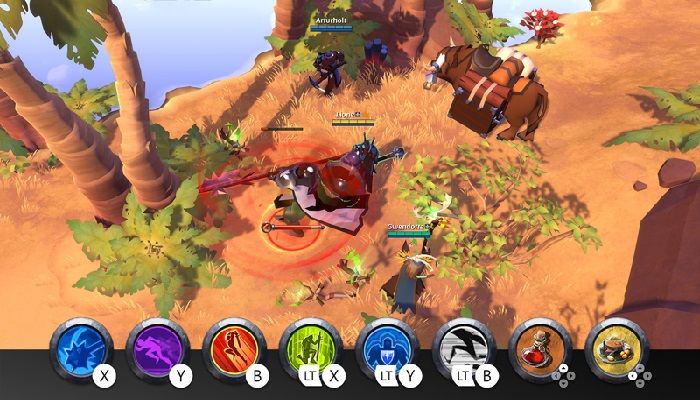 Online Albion will begin live testing for controller support next week. The Sandbox Interactive team will begin supporting PC and console controllers as well as the Steam Deck starting March 2.

Controller support is one of the related next steps to bring Online Albion in many other ways designed to satisfy players anywhere. This follows the mobile version of the game that has helped the player community grow to a large extent and allows anyone to access their characters from anywhere they can connect. Next week, the support rollout will begin as a beta with ongoing improvements and optimizations planned to provide the necessary assessments to bring it to the suite of support release. Full control.

Compatible controllers should be able to work with the desktop version of the game. For this first phase of testing, controller support will be enabled via chat commands. For those planning to play via the Steam Deck will be able to use the original device controller by default. Support for the game on the Steam Deck has been confirmed and now that the device is out, it will be another option to access this and many more.

More details on how the whole process will work are coming soon. No list of compatible controllers is available yet. Although for the sake of making the game more open to as many players as possible (and to Online Albionglobal player audience, multilingual), it is likely the scope will widen or expand as testing continues. There will be a separate subforum open dedicated to testing and responding to controller support, so there will be a hub to monitor the process as it evolves.

The creator of John Wick is working on the film Streets of Rage.