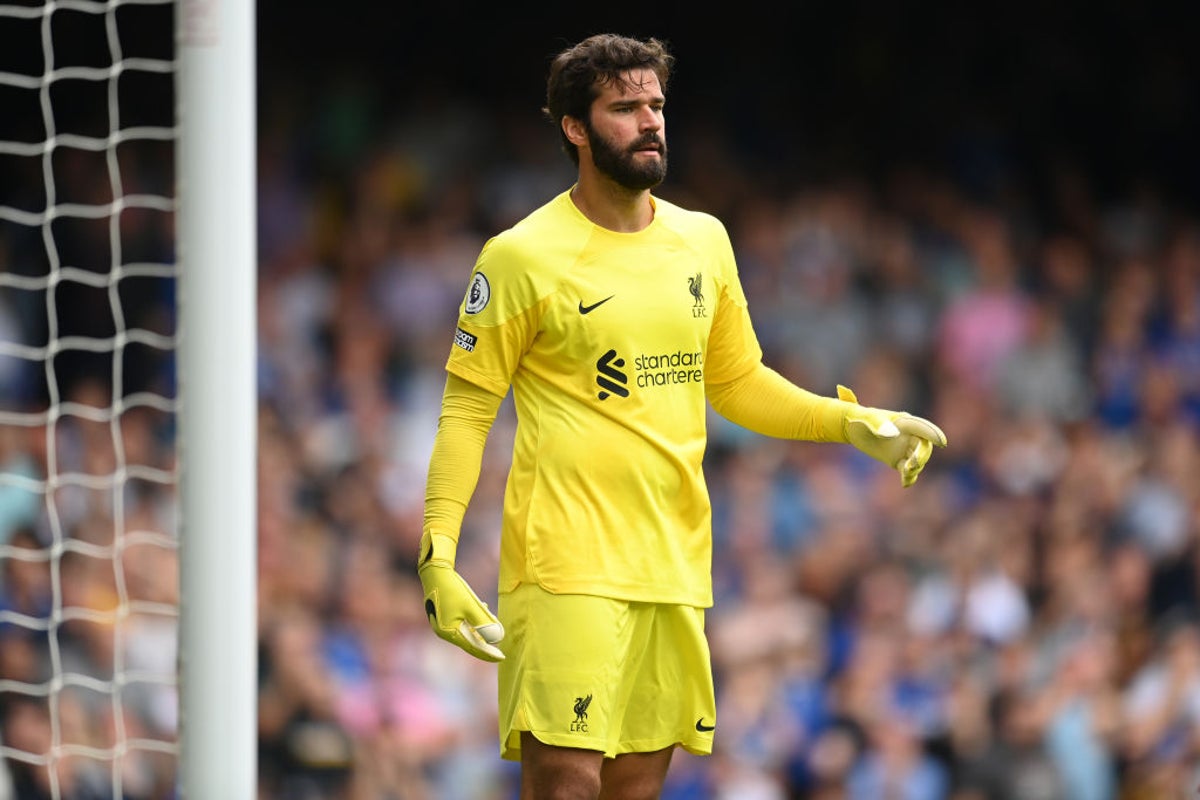 Alisson has admitted Liverpool have underperformed this season but believes injuries are the biggest factor in their slow start.

Jurgen Klopp’s side were runners-up last season but have won just two of their first six league games, leading their goalkeeper to accept they have issues that need to be addressed with their game.

Liverpool have been without up to 10 players at times this season with Thiago Alcantara, Diogo Jota, Ibrahima Konate, Jordan Henderson, Naby Keita and Joel Matip all injured and Darwin Nunez handed a three-game ban but Alisson sees it 0 – 0 draw at Everton as a step in the right direction.

He said: “We know we’re not at our level that everyone is used to but we’re trying and we’re fighting.

“I think it’s just the circumstances around us. The injury. There are so many reasons to point the finger at it. In the end it’s up to us. We have to have the right attitude on the pitch, work against these types of problems and fix those problems.

“We’ll fix that with football, that’s our idea. We have to stick to our idea of ​​football. We also have to fight, sometimes be physical. We try and we get there. That was a good example of what we can achieve this season.

“We improved in this game. Speaking of performance, we’ve had a more consistent game and we’re on the way there. We will make it.”