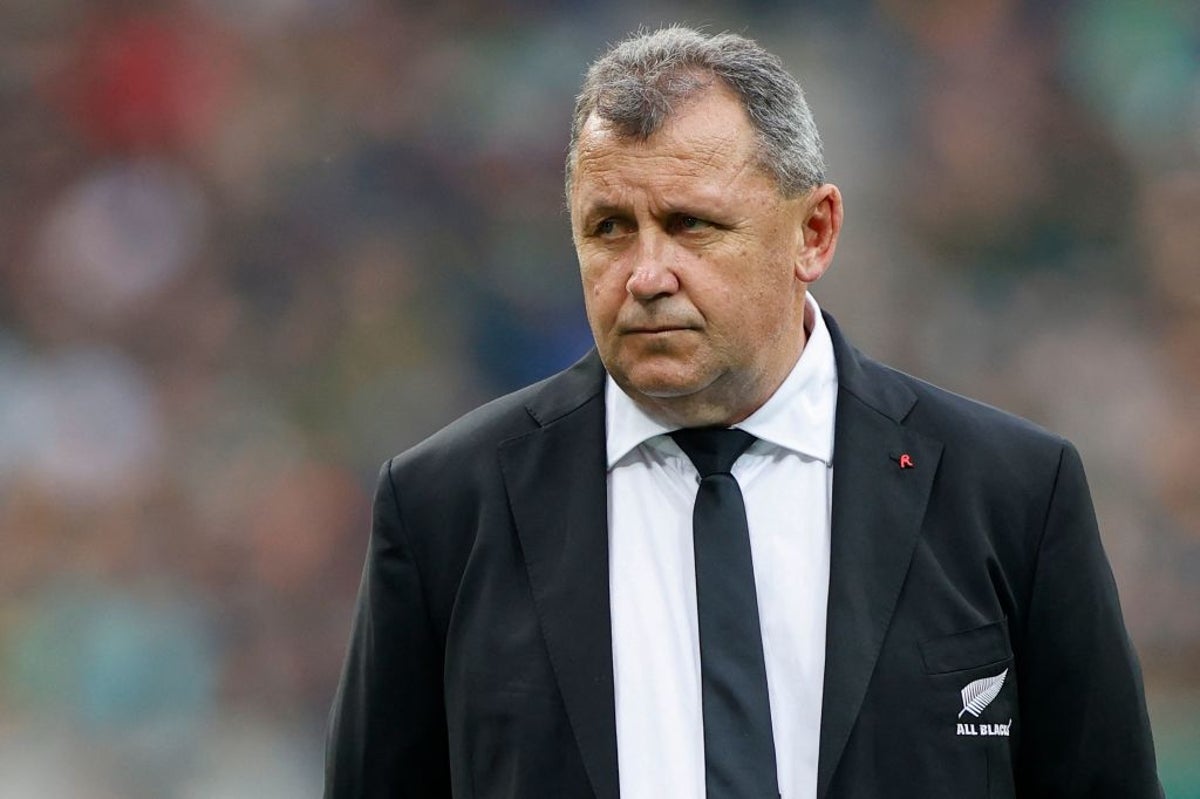 New Zealand Rugby (NZR) have given head coach Ian Foster his “unanimous” support to remain at his post until the 2023 World Cup.

The manager has come under scrutiny after losing his summer series against Ireland 2-1, including the first time Ireland have beaten the All Blacks in New Zealand. After the series loss in July, assistant coaches John Plumtree and Brad Mooar were fired.

NZR chairman Stewart Mitchell said: “[The board] have unanimously agreed that they absolutely believe Ian and this coaching staff are the right people to lead the All Blacks to the World Cup.

“This has been confirmed privately and publicly by our players and various conversations with our high-performing team.”

Jason Ryan is now the forward coach and former Ireland head coach Joe Schmidt has been promoted from strategy and attacking coach to full-time assistant coach.

“I’m glad he is [Schmidt] here for all the right reasons – he complements the group we have,” said Foster. “I just want to remind people that it’s a privilege to be in this job. I believe in the plan that I have and I believe we have great support behind us.”

Media criticism abounded during New Zealand’s poor results streak, which saw England top the All Blacks in the world rankings for the first time.

Former New Zealand player Julien Savea defended the coach on Twitter, saying: “In a country where mental health is a huge problem, where 72 per cent of suicides are men and a high rate of depression among men, you would think people would be a little friendlier.

“Think about what you say before making comments about a person’s integrity, looks and character, especially if you don’t know them personally. I am ashamed that a person here in New Zealand is treated like this and drawn into the media.”

https://www.independent.co.uk/sport/rugby/rugby-union/new-zealand-all-blacks-ian-foster-b2146640.html All Blacks ‘unanimously’ back coach Ian Foster to progress through to World Cup

Rail commuters in Sussex are facing travel disruptions after an incident