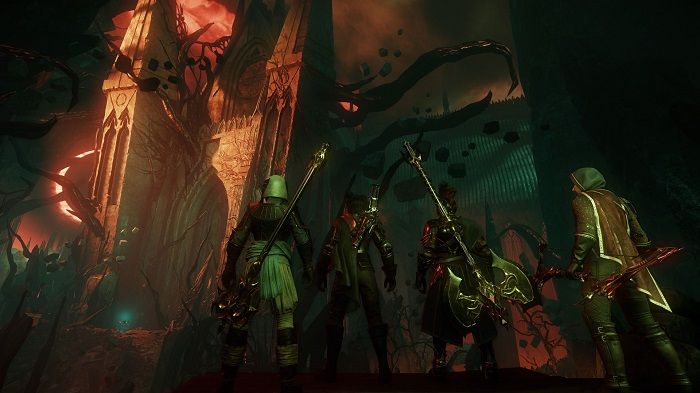 In a report by Bloomberg, news broke that Mike Frazzini, head of Amazon Game Studios, has stepped down. According to the report, Frazzini stated he was stepping down to focus on his family. The news comes as AGS’s flagship title new world continues to hemorrhage players, down to an average peak player count of around 27K players according to SteamDB.

Frazzini, who worked in Amazon’s books section before taking over as head of AGS, had never worked in the field of video games when he took over. Amazon spent hundreds of millions of dollars over the years to create exciting titles for their gaming division, and after two failed projects, one of which the team released, and then ushered back into closed beta, AGS finally seemed like they hit paydirt when new world Released to nearly 1 million active players. Unfortunately, the game was plagued with numerous problems, including gold dupes, long server queue issues, invulnerable players in PvP and more.

The Bloomberg article references a former AGS manager that stated Frazzini’s leadership was one of the main culprits to the unsuccessful developments in Amazon’s game division. According to the article, Amazon’s work cultures believe that a successful leader can succeed no matter their department, but Frazzini’s success in Amazon’s Book division did not seem to translate, and AGS appears to have folded on several important projects over the years.

Despite the sinking numbers for new worldwe earnestly hope Mike Frazzini gets some well earned time off to spend with his family.

A Dead Space remake is great, but I still wish we could see a Dead Space 4

Is 'The Metaverse' an MMORPG?

Pokémon Legends: Arceus may be on track to become the second best-selling switching game