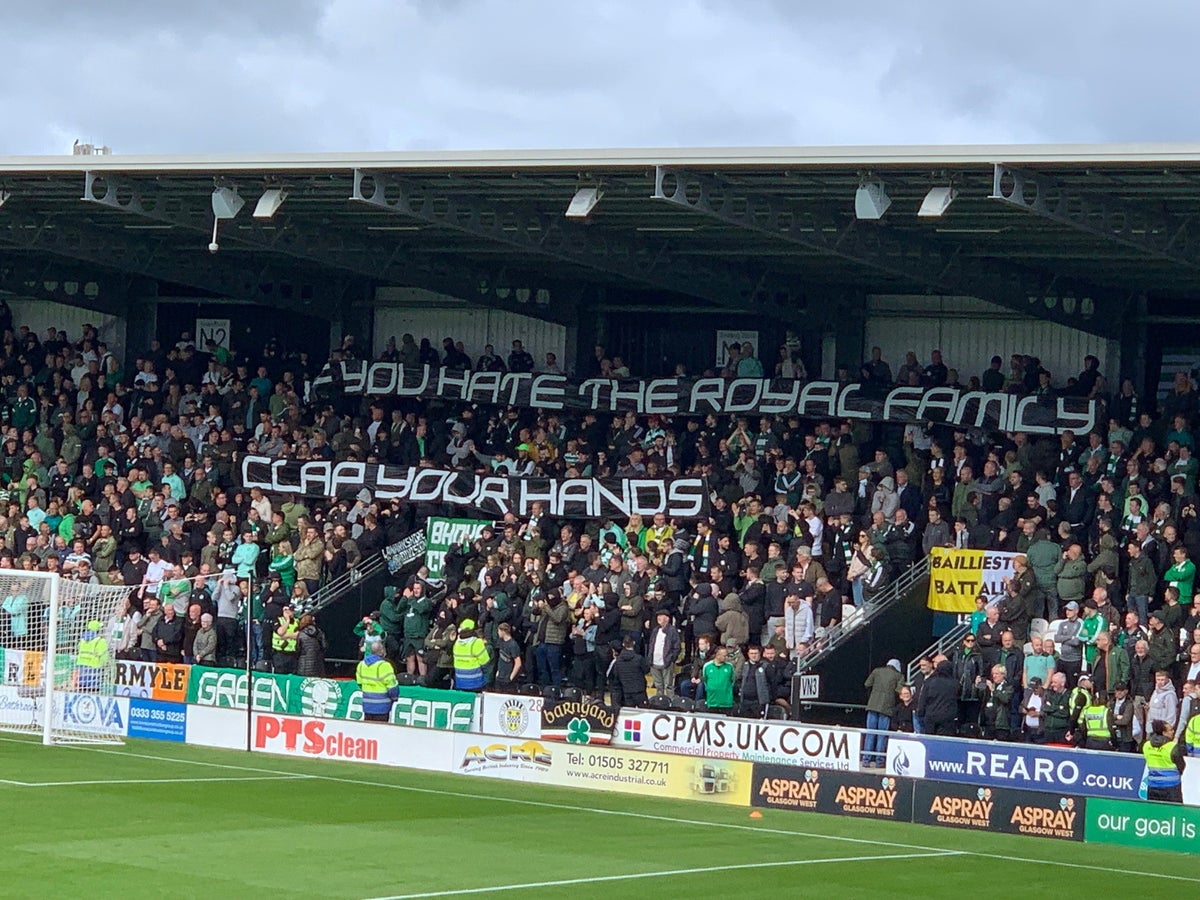 Ange Postecoglou chose not to comment when asked if Celtic supporters sang a minute of applause in memory of the Queen ahead of the Cinch Premiership game against St Mirren in Paisley.

Some Hoops fans chanted, “If you hate the royal family, clap your hands,” while a banner with the same phrase was seen at the other end.

Celtic boss Postecoglou had previously expressed the club’s desire for fans to be “respectful” at honours.

After his team’s 2-0 defeat, the Australian-born said: “I’ve addressed all of this in two press conferences, I won’t do it in three.

“I understand why the interest is there, but I’m a manager at a football club and I sit at press conferences to talk about football.

“We’ve looked into this matter, we’ve done everything we had to do, it’s time to move on.”

The Glasgow club became the subject of UEFA disciplinary proceedings after fans displayed a ‘F*** the Crown’ banner during Wednesday’s Champions League tie against Shakhtar Donetsk in Poland.

There were also breaks in honors at some of Saturday’s Premiership games.

In a joint statement with the Scottish Professional Football League last Monday, the SFA said: “This week, as a mark of respect and in keeping with the time of national mourning, home clubs may wish to observe a period of silence and/or play the national anthem just before kick-off, and players may wish to wear black armbands.”

License to Write: How the boy band member went from washing the star's car to recording with him