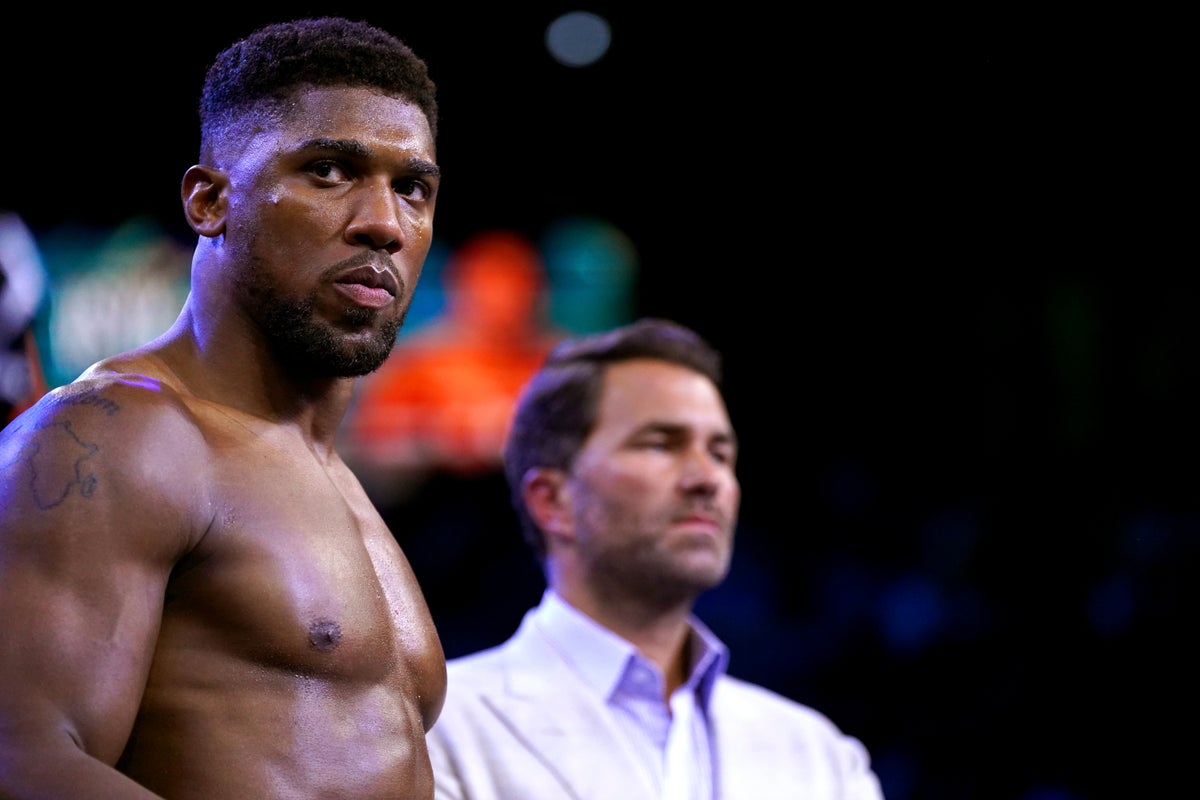 Anthony Joshua’s promoter Eddie Hearn said his fighter accepted Tyson Fury’s offer of a 60-40 split of the purse in favor of the “Gypsy King” for a heavyweight bout between the Britons.

As such, a mega fight with Fury seemed elusive for good. However, this week Fury offered Joshua a chance to challenge him for the WBC heavyweight title before the end of the year, while also proposing a 60-40 split of the purse in his favour.

“You came back yesterday, and me and George [Warren, Queensberry Promotions] We kind of had an agreement that we wouldn’t talk about it, but obviously Fury came out and basically let the world know the offer.

“Sixty forty was the offer, as Tyson said. They want a rematch clause and asked for an early November date [for the initial fight]. I don’t know if that was a setback or whatever, but we just went back this morning and said, ‘We think, I think especially, he’s earning more than 40 per cent, but he’s happy. And I don’t make the decisions, he does.”

“So I went back this morning and said, ‘We accept 60-40, we want that to be reversed in a rematch, rightly so. [Fury is] The champion here, you want the largest split, which I think is fair, and we want to fight in December.'”

Hearn added that Queensberry, who are promoting Fury, have already secured a December date at Cardiff’s Principality Stadium.

“Interestingly, they took place on December 17th [what was formerly] Millenium Stadium, so that’s perfect. This is perfect for us.”

Fury, 34, last fought in April, defeating Dillian Whyte at London’s Wembley Stadium to retain the WBC title. Fury then claimed to be retired but announced last month he would continue boxing.

He was expected to face Usyk next to crown an undisputed heavyweight champion, but the Ukrainian is unlikely to be fit in time for a clash with the Brit in December.

As such, Fury has turned his attention to Joshua, who fans have long wanted to face his compatriot.