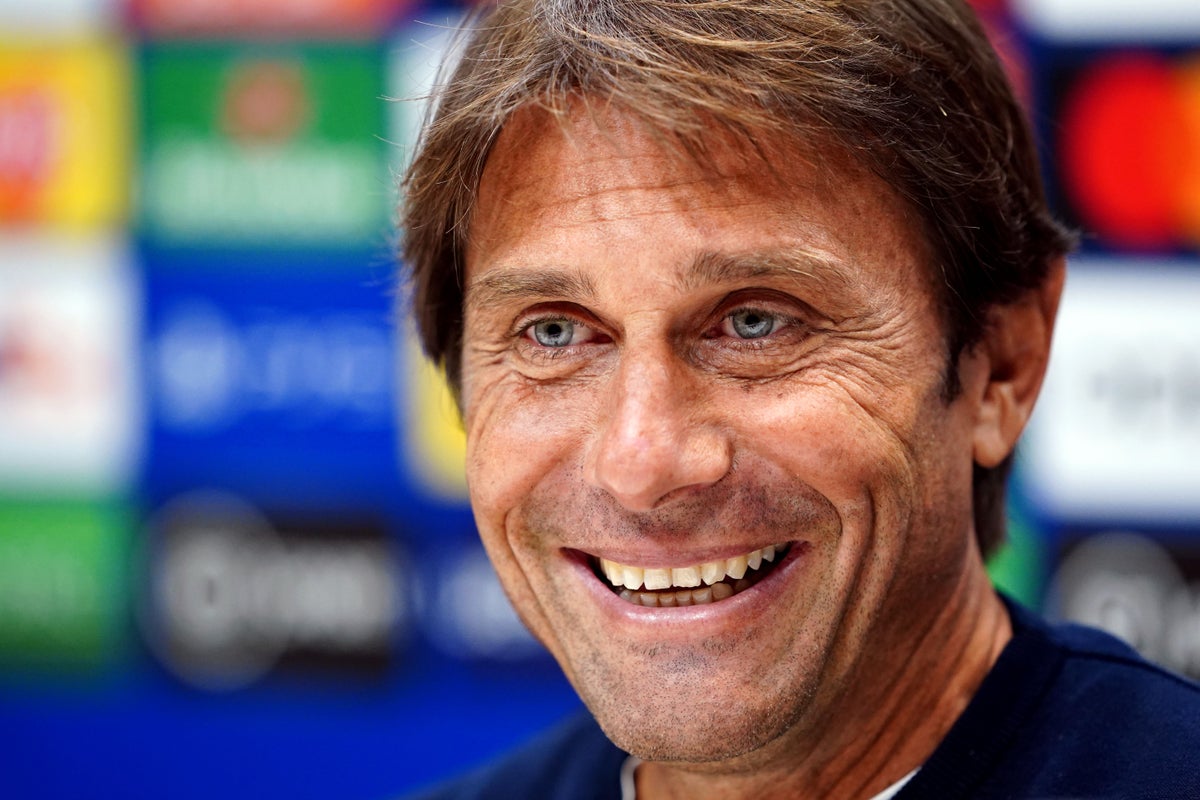 Antonio Conte has played down the importance of his contract length at Tottenham but reiterated how happy he is at the Premier League club.

Speculation has increased in recent weeks over a possible return to Juventus, who have made a poor start to the new campaign under Massimiliano Allegri.

Conte’s current terms at Spurs expire next summer, which prompted talk he could go back to his old side at the end of the current season but Tottenham hold the option to extend his deal by a further 12 months, the PA news agency understands.

Speaking ahead of Saturday’s trip to Arsenal, the 53-year-old admitted: “I think it doesn’t exist a right time. It can be tomorrow, it can be the last day of the Premier League season, you understand?

“I said in the past that you don’t need a contract to be sure to stay in a club. I also think for the club it is a good investment to have a coach like me and my staff.

“I think at the right time we will take the best decision but in this moment I am really happy and I don’t want to push the club or other situations because it is not the right time. We have just started the season and we have a long time to live together, to understand and to continue to work together.

“I am OK and I think the club is happy about this situation. Now the most important thing is Tottenham’s present and Tottenham’s future and to try to get the best possible results.”

Juventus are eighth in Serie A and seven points off leaders Napoli.

“We’ve just started the season. Many times I spoke about this topic and I always said I’m happy and enjoying my time with Tottenham. Then we have the whole season to find the best solution for the club and for me.”

The Spurs boss also expressed his disappointment at having to speak about a racist incident which involved Richarlison on international duty.

Richarlison scored in Brazil’s 5-1 win over Tunisia on Tuesday at the Parc des Princes but had a banana thrown in his direction while he celebrated his 19th-minute effort.

“Richy played with the national team, scored a goal and then I think what happened is incredible because in 2022 to be witnessing this type of situation is embarrassing for everybody,” Conte said.

“For sure I hope these people can be banned from football for the rest of all their lives but then it is a situation that is very disappointing also to make a comment about this.”

The international break has posed Spurs with some injury concerns ahead of facing Arsenal with captain Hugo Lloris absent for France’s two matches due to “small injury” in his right thigh.

Dejan Kulusevski has also returned from duty with Sweden with a problem which casts doubt over his participation in Saturday’s lunchtime kick-off at the Emirates.

Conte added: “Tomorrow will be very important, the last training session, to understand the players we can count (on).

“Honestly I don’t want to speak about the injury because I don’t want to give (the) advantage to Arsenal But for sure we have to face some problems, some physical problems.

“We have just started to play the first game in a run that we have to play 13 games in 43 days. For sure we have to try to make the best solution and to try not to take big risks because if we take big risks and lose players for the rest of the games, it will be a disaster.”

https://www.independent.co.uk/sport/football/antonio-conte-juventus-premier-league-massimiliano-allegri-hugo-lloris-b2179967.html Antonio Conte reiterates how happy he is at Tottenham

The new insect-destroying laser can "find, control and even kill" hidden cockroaches.

The LIV trio “have not shown they were harmed by the PGA Tour ban,” the sentencing judge says