It’s been a long time since I wrote World of Warcraft and really happy if you choose it again. I had a lot of conflicting feelings about continuing to play OH after all the turmoil in the working conditions for employees and it seems that ABK is trying to keep things to a minimum. However, I was able to arrange to pay my surcharge for a year by donating to ABK Strike Fund, so I feel more free to enjoy the game. I wish they would do more to make it a great place to work, but I also realize that with the pending Microsoft deal, not much is likely to change until that is complete. . However, there are interesting things coming OH.

9.2 Coming out next week

It’s been almost eight months since 9.1 came out, and I love Korthia so much, I can’t say the same about Sanctum of Domination. Honestly, I’m not sure there’s a raid level where I’m happier seeing the back of it, and the main reason is the Sylvanas fight. The structure is nasty; I wish it had been split into multiple battles. Just the first and second stage is a fight, and then the third stage is the second battle will be perfect. But I digress.

One of the things I look forward to the most with 9.2 is more story to play through, but oddly enough I don’t care for the bigger pieces. I don’t really care what happens to Sylvanas. I’ve never been a huge fan of hers, and after burning the tree, I was so angry I vomited blood. Even so, I also believe that Tyrande was wrong to pursue her the way she did. As I discussed prior to, no matter what happens to her, nothing will be fixed or undone, and no justice can be accomplished due to the scale of her crime. An unbalanced life.

I’m interested in what “smaller” stories will be told. One of the best parts of story 9.1 is working with Uther and uncovering his past, while helping him accept the choices he’s made. The topic of compassion has been handled in an interesting way, and I hope there will be more moments like that. Sure, we need to stop Jailer and hopefully save Anduin, but for the most part, everything around the story is what interests me most. Hopefully, there won’t be any more seriously stupid choices forcing us like there were in 9.1. Bringing the sign to Runecarver is not a bad choice at all. 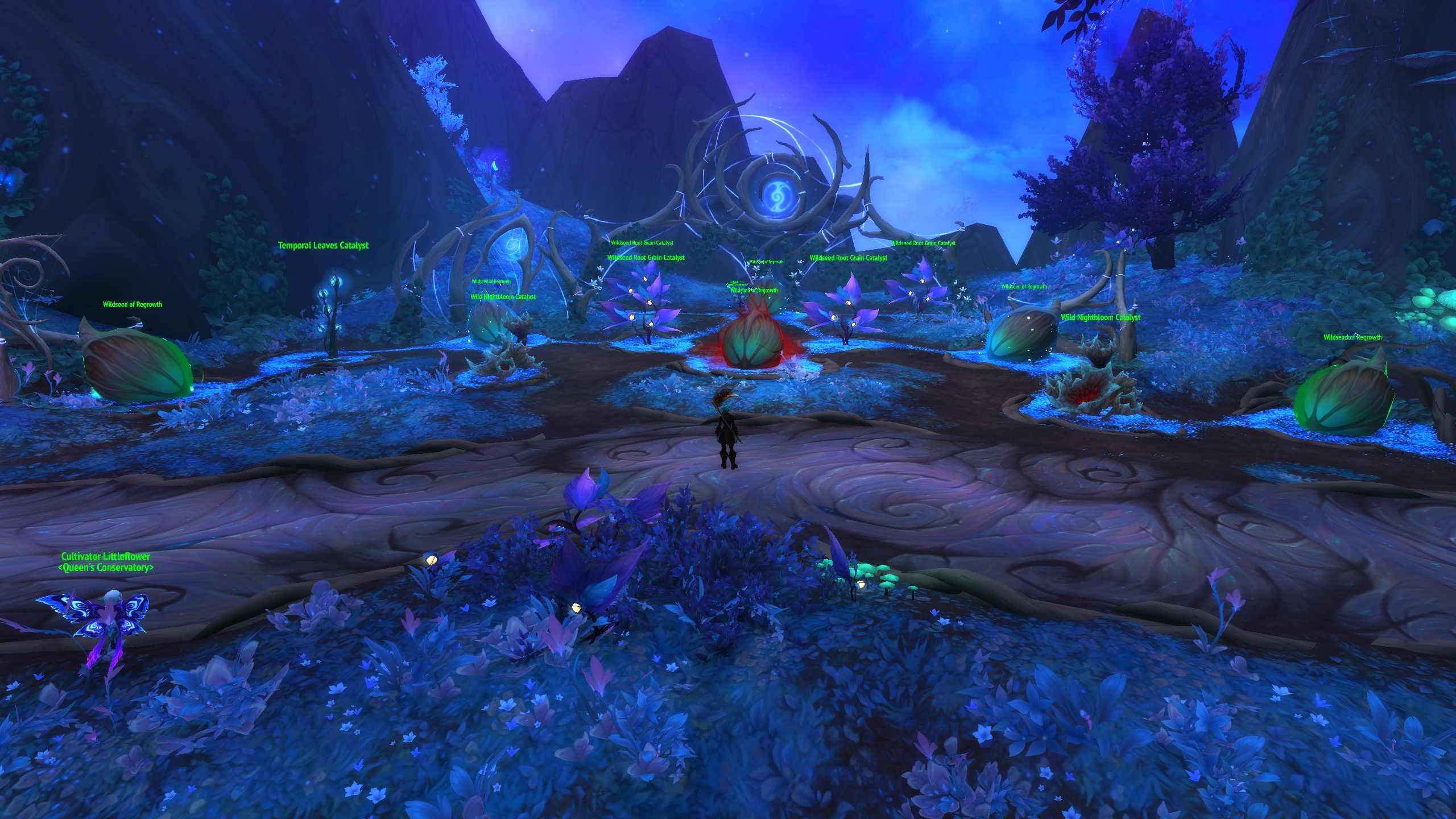 I must also point out that seeing what appears to be a faster repeat on this PTR cycle feedback gave me peace of mind. As a more casual player, I don’t mind depending on rep and story, as long as I can catch up. The way Renown ends is pretty ideal. The main change I make will be more secure ways to get Renown while in the back. However, since each Renown gives a new level instead of filling a bar a bit more, I assume there are more guaranteed ways to catch up which might have messed up other things somewhere. I hope the developers keep this thought process in mind when developing the system for the next expansion.

This is how parties always work

One of the best practical things coming to 9.2 is new features Ice Soup Festival. I’m usually a little scared of new parties because it’s generally a whole list of ingredients the guild needs to work together to gather to keep us well-supplied. For example, banquets currently have eight ingredients, although three of those can be easily purchased from cooking vendors. However, it still has five ingredients that we need to stock up on to make these parties. As you progress through a raid level, hundreds of these offerings will be consumed which is why we as a guild work to collect mats instead of relying on one or two people to give it all.

Stone soup is an important step forward in many ways. First of all, this recipe doesn’t seem to be locked behind a reputable farm; however, it requires a cypher among the first to unlock. Given the choice between representing and unlocking the cypher, my instincts say cypher would be a better method, but that also depends on how painful or frustrating the cypher is to use and progress. Being worshiped with the Court of Harvesters was frustrating because I wasn’t very focused on the Revendreth stuff in the beginning of Shadowlands, so I felt compelled to focus on content that I wasn’t very interested in. Since cyphers are a major thing in the new area, it seems to be less annoying to gain.

Blizzard can also make it difficult to craft a kettle, but luckily it’s very simple. The most expensive part is the Kettle, which costs 250g. I tend to never have a lot of money in OH since I don’t work hard for gold, but even for me, 250g is almost nothing. The only thing that gives me pause about the Empty Kettle’s low cost is that it doesn’t seem to be reusable… which, if that’s how it works, it feels a lot less great. If every party needs an empty ice kettle, then hopefully the empty one can be reused. If you pay 250g for every party created, that makes no sense and ruins a great idea.

The best part of the Ice Soup Festival is that any meat and fish rug will be suitable for the party. Notice here, how it’s set up, it looks like we’re going to need one of every kind of fish or meat for the meat mix and the fish mix. This means that even if I am excited to use all the aethereal and lost soles I have, their use will still be limited by the amount of elysian meat I have. It is hoped that future iterations will allow for individual stacks of fish and meat to be contributed. There’s always some sort of meat or fish in the end on offer and you can’t even really sell them because each has a ton. It would be great if this kind of party model could be leveraged to make full use of those.

The notification of the crossover game caused a considerable stir in OH community in general. Personally, even go back Vanilla WoW when I was super into PvP, I never cared about faction wars at all. I also made friends on the Horde side and even created Horde characters on other servers. I also have always missed being trolled ever since I returned to the Alliance in Lord to raid with friends. In my clan there are a few of us who have wanted to be Horde for a while, but we love playing with our friends, so this is the perfect solution. I can’t wait to become a dinosaur!

However, as an officer in a raid guild, this also presents a bit of a logistical difficulty. Since guilds between factions are not currently suitable for this change, we had to form a Hordeside Sister Guild, which in itself shouldn’t be a big deal. It complicates gathering ingredients for parties (helped a bit by new ones), cauldrons, and more, but it also complicates simple things like weekly guild challenges. They weren’t a huge source of gold for the guild, but it did help reduce the guild’s repair costs. With the cross-faction raid in 9.2.5, we’ll have to look at how many we have from each raiding faction to get credit for a clan group.

Communities between factions will help keep people talking to each other and help maintain the clan a bit. However, they don’t help with the other aspects of being in a real guild together. I hope that one of the features of 10.0 is cross faction guilds to unify things. The longer it takes for guilds to have two guilds take care of both factions, the more stressful it will be on everyone. Clans between factions won’t take care of every problem, but it will go a long way to fixing a lot of them.

All in all, I’m pretty excited about 9.2 and starting to move towards the end of this expansion. I mostly like Shadowlands, but I’m ready to move on to something new at this point. Hopefully Blizzard will stick to the bed-based ideology of factional conflict. Each faction may have its own identity and how they interact with the world, but that doesn’t mean we need to fight each other all the time.

https://www.mmorpg.com/columns/arlee-in-azeroth-world-of-warcraft-92-and-other-thoughts-2000124364 Arlee In Azeroth: World of Warcraft – 9.2 And Other Thoughts