ARMED police officers stopped a car along the A259 as part of a Metropolitan Police investigation.

The car was stopped in Kingsway, near Brunswick Square, westbound in Hove on Saturday night.

Those in the car were arrested and searched, while police searched the car for firearms but no weapons were found.

Sussex Police said it was part of an investigation by the Metropolitan Police. 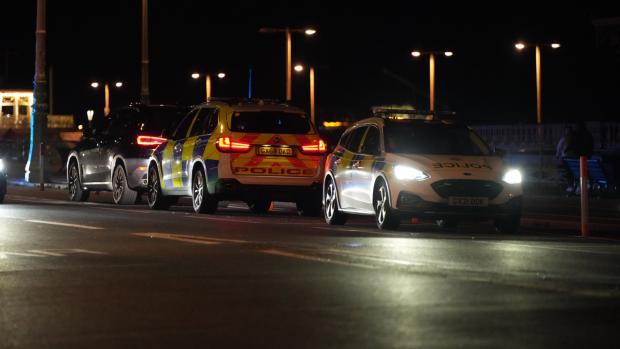 Police on the beach this Saturday

One viewer described the “dramatic” scene as “police cars rushed into the car and handcuffed people.”

A Sussex Police spokesman said: “Armed police officers stopped a vehicle near Brunswick Square in Hove at around 7.10pm on Saturday 24 September to assist with an inquiry by the Metropolitan Police.

“No weapons were found.

“The occupants and vehicle were allowed to proceed and the investigation is ongoing.”