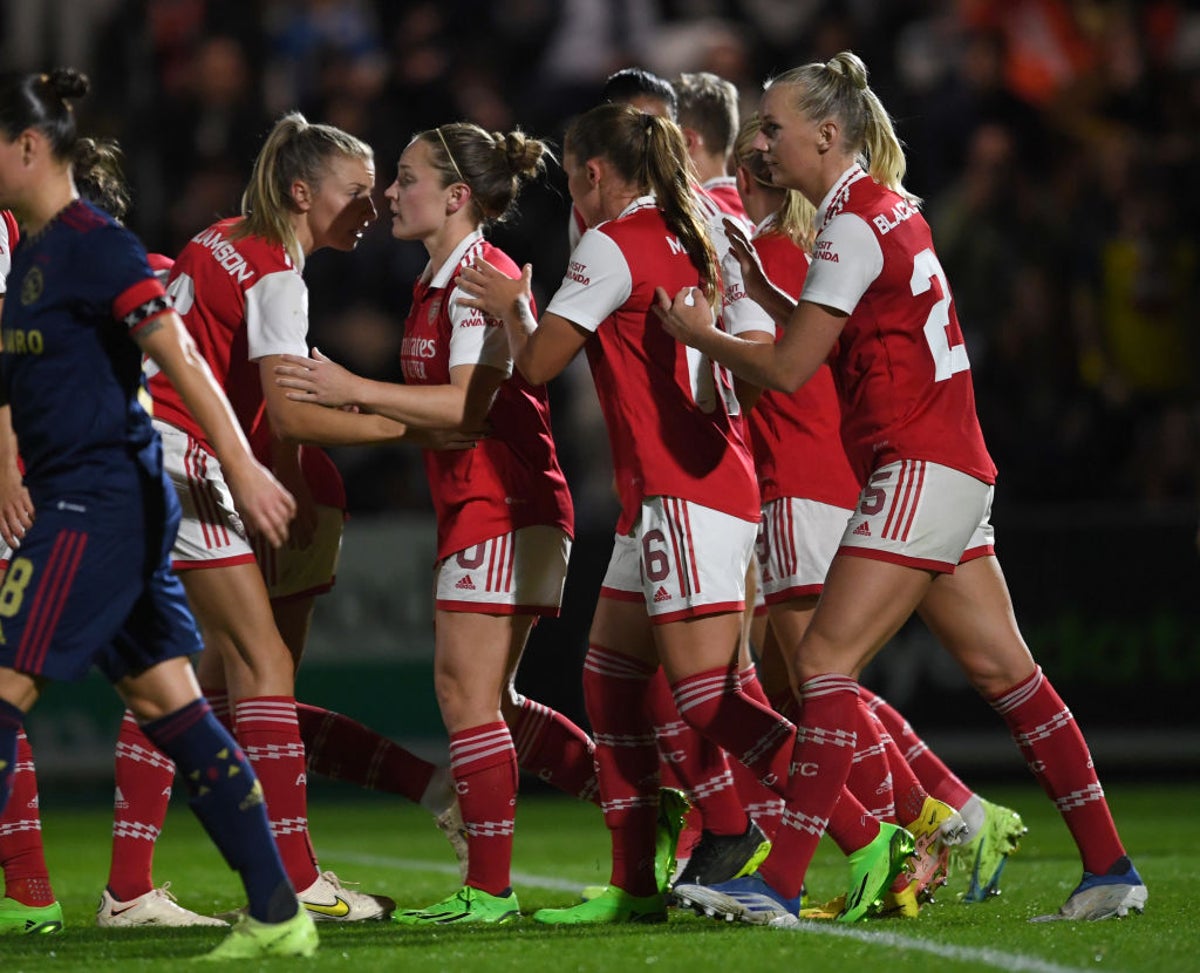 Arsenal secured their place in the group stage of the Women’s Champions League with a 1-0 win at Ajax.

The tie was well balanced after last week’s 2-2 draw in London, but Vivianne Miedema gave the Gunners victory in Amsterdam to seal a 3-2 aggregate win.

The Gunners put in a solid performance in stormy conditions in the Dutch capital and could have led for the first 20 minutes, but Stina Blackstenius fired straight at the Ajax keeper.

Miedema showed her class and calmed everyone’s nerves six minutes into the second half when she hit the target in style and found the corner from 20 meters after a dynamic drive on goal.

The Dutchwoman could have added a second shortly after, but her shot was well parried by Lize Kop.

The Gunners had a scare in the last 20 minutes when Tiny Hoekstra lobbed wide after good work from Nadine Noordam from close range.

But Jonas Eidevall’s side survived and put their name in the hat for Monday’s group stage draw.

https://www.independent.co.uk/sport/football/arsenal-ajax-champions-league-dutch-vivianne-miedema-b2177496.html Arsenal reach the group stage of the Champions League with a win over Ajax

Clashes between matches in the national cup behind closed doors

England are cheered on by the Woodingdean Wildcats at Euro 2022