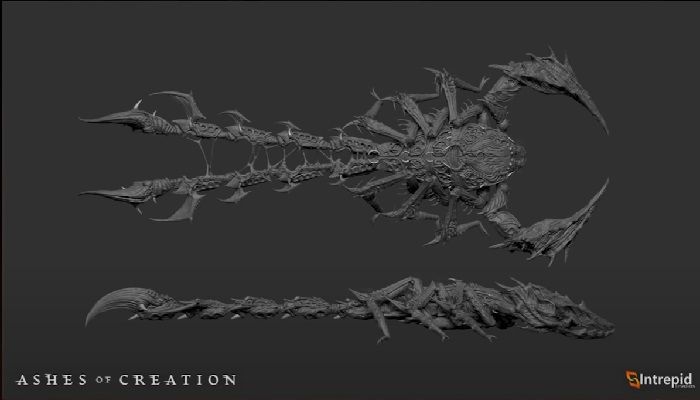 The monthly development update for ashes of creation aired on Friday, and Intrepid is still working on eventual readiness for Alpha 2. The event system plans, including the point of interest system, seasonal events, and dynamic PvE.

There have been some community requests for additional character creation options, including more hairstyles, and they’re definitely open to requests and feedback. As development and construction progress, there is some level of rework of the node system and changes to the AI ​​to incorporate some of the additional behaviors and features that Intrepid plans to add as development progresses. They have also worked on fleshing out and developing combat prototypes, including new animations. Considering this is so early and in the prototype stage, they’re not ready to take a look just yet.

However, what Steven and Margaret were willing to talk about was events, including “dynamic PvE events”. There will be a variety of these events everywhere from NPC spawns, weather events to resources springing up from the ground. An example is that kobolds might be around in small numbers, but if no one moves to take them down, their settlement will continue to grow in size, and within the node they affect, they will have an impact on the world have stages. And not only will they increase in numbers, they might even attack the point at which they attack the node. To add more character to these events, spawning NPC groups can rely on a lore-based hate list to attack specific targets within the node.

The point of interest system is related and will be open world events that could lead to PvP battlegrounds. There will be some sort of hint that there’s a point of interest somewhere nearby, with no further details, but since a point of interest could mean a mini-boss that will reward you, or maybe a mount that you can get, everyone will in the area knowing whatever the price it’s open season so be ready to fight.

Seasonal events vary and there may even be resource renewability at stake, meaning you may not be able to gather from the same locations with the same frequency, resulting in a lot more exploring to do. The team is also asking for feedback on the event system.

And if you feel like feeling small, the new Scorpio boss previewed in the stream will take care of that for you.

EVERYONE KEEP CALM. Here’s how to play safely on Friday the 13th