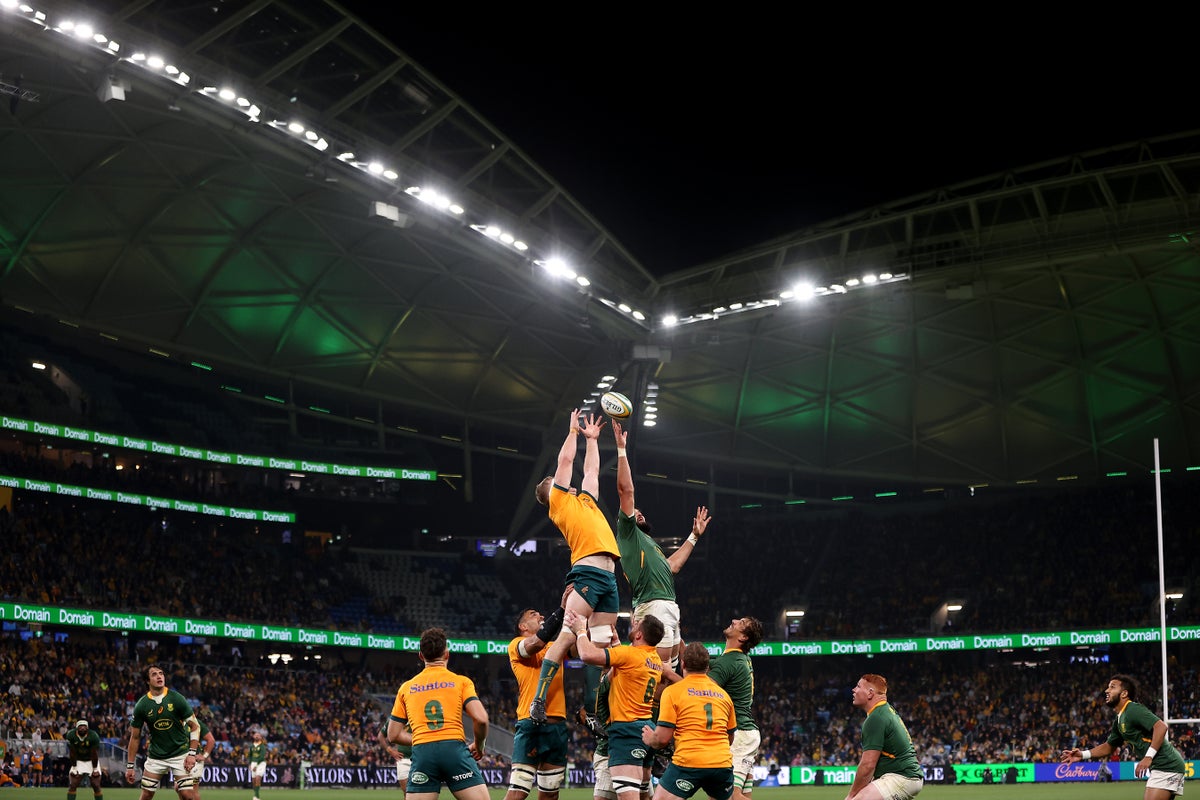 Australia coach Dave Rennie is demanding some consistency from his Wallabies and is leading by example after calling up the same 15 starters for Saturday’s Rugby Championship Test against South Africa that defeated the Springboks in Adelaide last time out.

It’s the first time Rennie has named the same starting team for a Test match since he took over as Wallabies manager in November 2019 – 26 games ago. He hopes it will allow Australia to win games for the first time this year. “When you win, people think it’s relief and my thoughts five minutes into the game are really, how are we going to win next week?” said Renni. “All the preparation and thinking is about what our weaknesses are. How do we make sure we gain an advantage after a win instead of being satisfied?”

The Springboks are seeking their first win over the Wallabies in Australia since 2013. They besieged the home try line for an extended period last week but Handre Pollard’s penalty was their only reward until Kwagga Smith scored two tries in the last five minutes.

Follow the scores and latest updates from Rugby Championship below.

The horn blares, and Australia knocks in its own 22. South Africa is content to say “no more” – victory for the Springboks.

A cynical swipe from Willie le Roux but Australia scores anyway! There was plenty of space down the left as Australia worked hands and Le Roux had no choice but to play, shoot and bat down. That’ll be a daylight yellow card, but Nic White is wise about the opportunities that still remain, picking up and finding waiting teammates in the open area. Pete Samu trots in, Le Roux is shown in yellowand Australia will have another crack after missing the conversion.

Better off the Wallabies hoping to deny South Africa a bonus point with a couple of late scores. Jake Gordon’s pace is excellent at base.

Two top rowers go 80 minutes here, both Malcolm Marx and Allan Alaalatoa, who show remarkable exertion in a tough, physical test match – the latter especially after Eben Etzebeth certainly blew the life out of him in that scuffle.

He also wins a penalty Australian tighthead – South Africa drives at an illegal angle in the scrum.

Australia varies their attacking game, Jake Gordon comes in the scrum half, Nic White is pushed onto the wing. But the Wallabies have looked a little lost since the departures of Hunter Paisami and Noah Lolesio, who have been forced to deploy a realigned backline that will surely have spent little practice time together.

A spinning blind pass tumbles from the hands of a frowning Marika Koroibete who had no chances.

South Africa are obviously well positioned for a bonus point and will be keen to finish it, even down to 14 players. Canan Moodie almost repeats his acrobatic stunt from the first half but fails to quite secure Cobus Reinach’s boxkick.

However, the attempt stands and Frans Steyn changes sides. It was smarter handling by South Africa to work the space, Willie le Roux fading on the outside on a wide miss and bringing Mapimpi into play.

Australia will receive a penalty midway to restart play but that’s certainly the death knell.

Makazole Mapimpi sprints into the corner for goal! But tempers flare and there is an almighty argument, and we go upstairs to get a check!

The try looks good but Mapimpi was angered by Marika Koroibete’s cover attack. Like last week’s try-saver, Koroibete’s challenge seems to have an air of armlessness, although it looks just about okay. Mapimpi heats things up by putting himself above Koroibete and telling him all about the result, leading to a powerful brawl that sees both groups of players pile up.

As always in modern times, everything is a hustle and bustle. Eben Etzebeth’s eyes widen in a truly frightening way as he grabs Allan Alaalatoa’s shirt and unleashes the prop with seemingly cruel intent, though he wisely restrains himself.

Yellow card for Mapimpi! A lengthy discussion between Ben O’Keeffe and his TMO Brendon Pickerill, but the try scorer won’t be watching this play for his role in starting this uproar.

Siya Kolisi has earned a deserved seat as the South African captain was substituted for the last ten minutes after a superb performance. The introduction of Duane Vermeulen ensures that the lead in the back row hardly falls.

Deon Fourie was named as a hooker cover, but he also appears to be on and at flanker now, his regular position for the Stormers. The redesigned South African scrum gains a penalty advantage and there’s space on the left edge…

The USWNT vs. U.S. Soccer: an Equal Pay Timeline