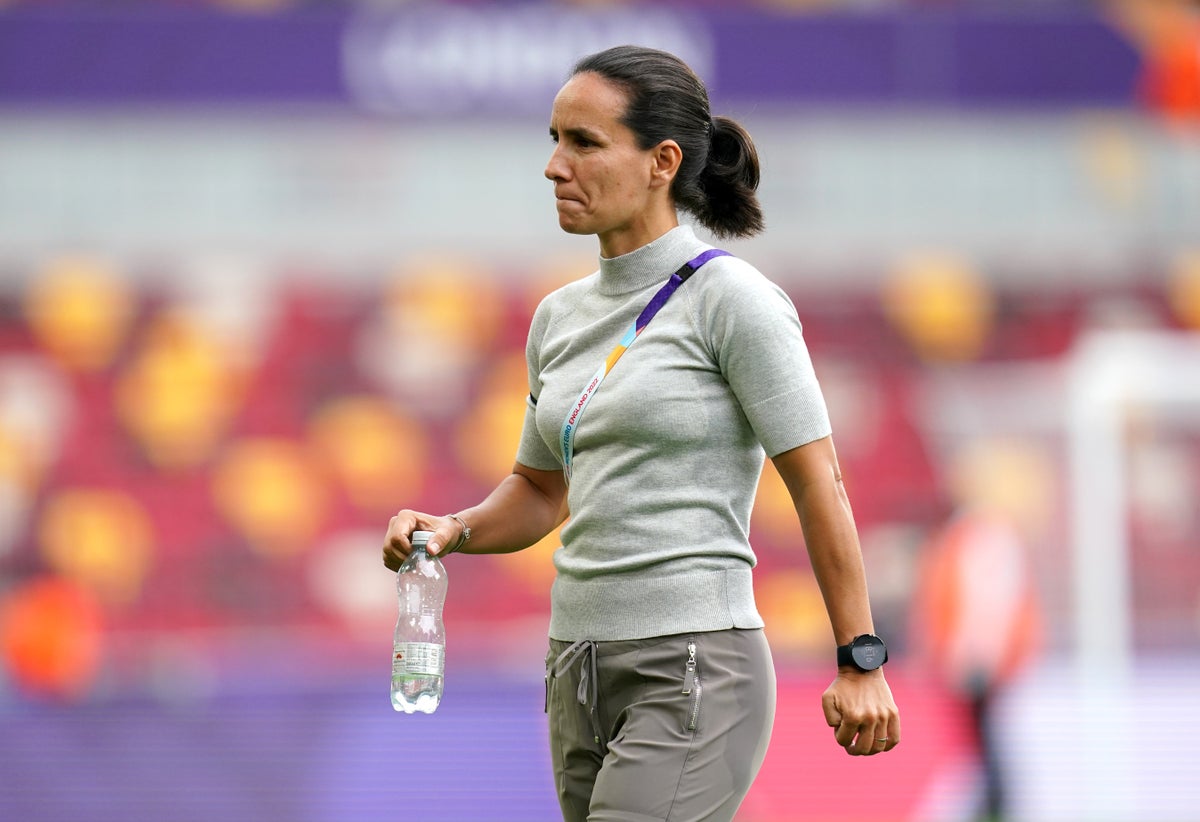 Austria’s coach Irene Fuhmann believes there is little choice between England and Germany at the 2022 Women’s European Championship.

Fuhmann’s side lost 2-0 to the Germans but the result was only assured after Alexandra Popp capitalized on a mistake by goalkeeper Manuela Zinsberger in the 90th minute to complement Lina Magull’s first-half goal.

The eight-time winners are second to hosts England in the semi-finals, but the Austria coach is unable to decide between the two as favourites.

“I think both teams have a lot of individual quality and depth in the squad, England maybe play a bit more vertically but Germany have very fast players so I think two teams are pretty much on the same level.”

Germany’s application is picking up speed

Germany might have needed a Popp goal in the 90th minute to secure progress, but coach Martina Voss-Tecklenburg said there should be no doubt they deserved to go through. “We played against a very good team. Big compliments to Austria. The game could have ended 6:3,” she said after the game. “We didn’t want to concede as many set pieces but we did better in the second half and I still think we leave the field deserved winners.” Midfielder Lina Magull added: “It was a full 90 minutes end to end. It was a very intense game. Compliments to Austria: They never stop fighting. We were also a bit lucky because we gave them too many chances.”

Gerhardsson is silent on selection questions

Sweden head coach Peter Gerhardsson kept quiet about his selection problems ahead of the quarter-finals against Belgium. Defenders Hanna Glas and Emma Kullberg both tested positive for Covid on Wednesday and their coach refused to discuss their chances of participating. When asked if any of the players have since tested negative, Gerhardsson said: “I’m not going to answer that question. I don’t want to give Belgium an advantage ahead of a game in the quarter-finals.”

Belgium coach Ives Serneels has hinted his Sweden counterpart might be nervous ahead of Friday’s Euro 2022 quarter-finals. Gerhardsson was reluctant to talk too much about his side ahead of the clash at Leigh Sports Village to prevent Belgium from gaining an advantage. “It’s football. It’s a quarter final of the European Championship. Maybe it shows a bit of nervousness on the other side. I don’t see a problem for me,” he said.

Netherlands coach Mark Parsons will be looking to prove his improvement to France in Saturday’s quarter-finals after their last clash that ended in a 3-1 defeat in February. “We play against great opponents and so do they. I don’t think they want to play us. The result (in February) wasn’t what we wanted but we said we’re confident that next time we play them we’ll be better. We saw opportunity.”

https://www.independent.co.uk/sport/football/germany-england-germans-austria-belgium-b2128854.html Austria coach says England and Germany are “rather on an equal footing”

Are you minimalist or boho? - from Scandi to Farmhouse, there is a suitable furnishing style for everyone

Brighton beat Reading in the FA WSL at the Amex