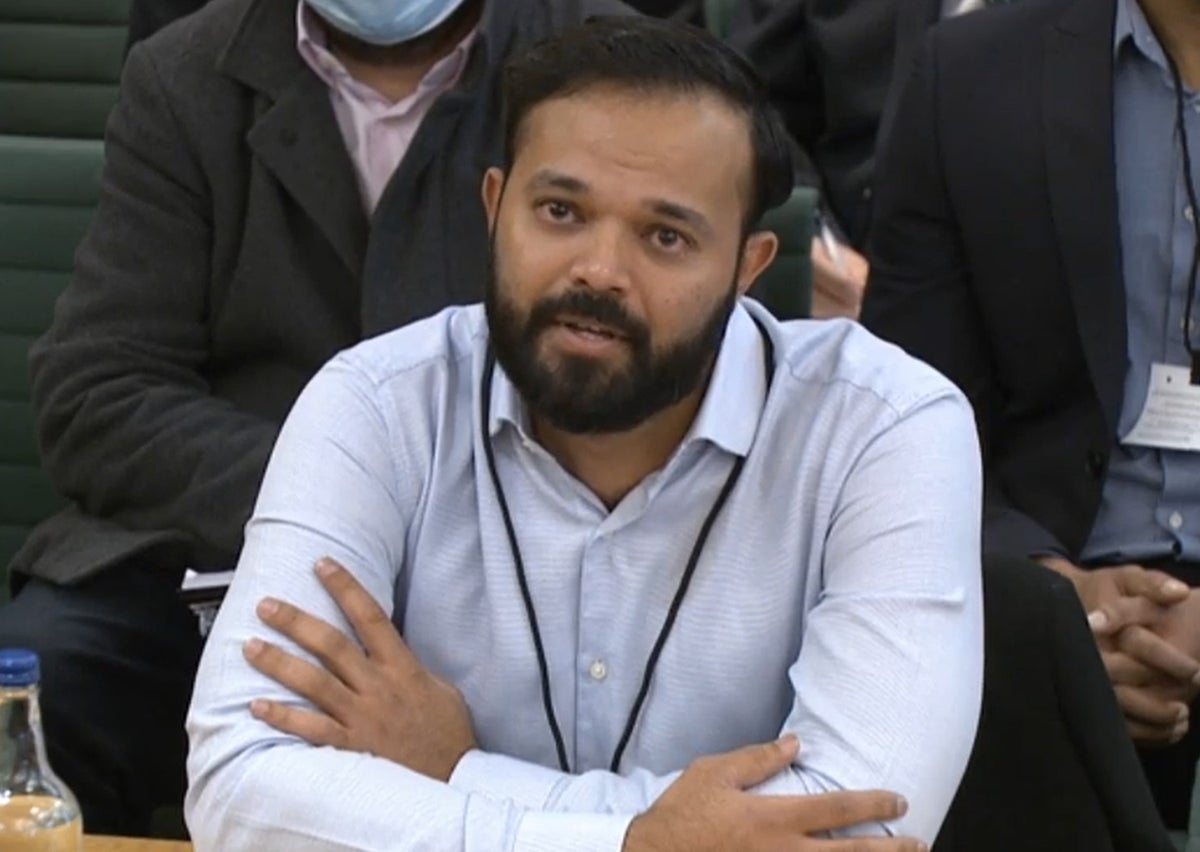 Azeem Rafiq is poised to present further evidence before a select parliamentary committee later this year.

The former Yorkshire player spoke candidly about his experiences of racial abuse during two county stints at a hearing by the Digital, Culture, Media and Sport Committee last November.

The PA news agency understands there is interest within the committee to hear from Rafiq and Yorkshire leader Lord Patel again in the autumn, although neither of them have yet been formally asked to appear.

The committee is understood to be particularly interested in hearing from Rafiq about a campaign that has vilified him since his first appearance, and from Lord Patel about attempts to undermine the new regime in Yorkshire.

The pair could, of course, speak freely before the committee, with the protection of parliamentary privilege, and it is understood that in the interest of full transparency, Rafiq would be willing to appear before them again if asked.

Ideally, the DCMS Committee would also like the England and Wales Cricket Board to appear at the same hearing and would prefer this to happen once the Cricket Discipline Commission’s proceedings in relation to Yorkshire and the racism allegations have been completed.

The ECB announced in June that Yorkshire and “a number of people” had been charged after investigating Rafiq’s allegations of racism and examining how Yorkshire had dealt with those allegations.

Rafiq will appear as a witness at the CDC hearings, which are scheduled to take place in November or December.

The only person to have confirmed she has been charged is former Yorkshire manager Andrew Gale, who announced on June 29 he would not be taking part in the trial, which he described as “depraved”.

Last month, Rafiq received a personal apology from former Yorkshire team-mate Gary Ballance for the “unacceptable” and “racist” language he had used towards him.

Rafiq’s startling statements before the committee on November 16 last year caused an “earthquake” to hit the ECB, according to its former chief executive Tom Harrison.

The sport’s governing body has developed a 12-point plan to tackle discrimination in cricket and is required to submit quarterly progress reports to the DCMS committee.

Irrespective of this, the results of the investigation by the Independent Commission on Justice in Cricket (ICEC) against the ECB are also due to present their final report this autumn.

The ICEC was announced by the ECB in March last year to assess the state of equity in sport.

Rafiq first spoke publicly about what he saw as institutional racism in Yorkshire in August 2020. The club hired a law firm, Squire Patton Boggs, to independently investigate the allegations and an independent panel to review SPB’s findings.

As recently as September last year, Yorkshire published a summary of the findings of the independent inquiry, in which it accepted that Rafiq had been the victim of racial harassment and bullying but only confirmed seven out of 43 allegations made.

The following month, the club announced that no disciplinary action would be taken against anyone as a result of the investigation. The full report was never published.

What is apraxia? Chris Kamara opens the health fight in tears