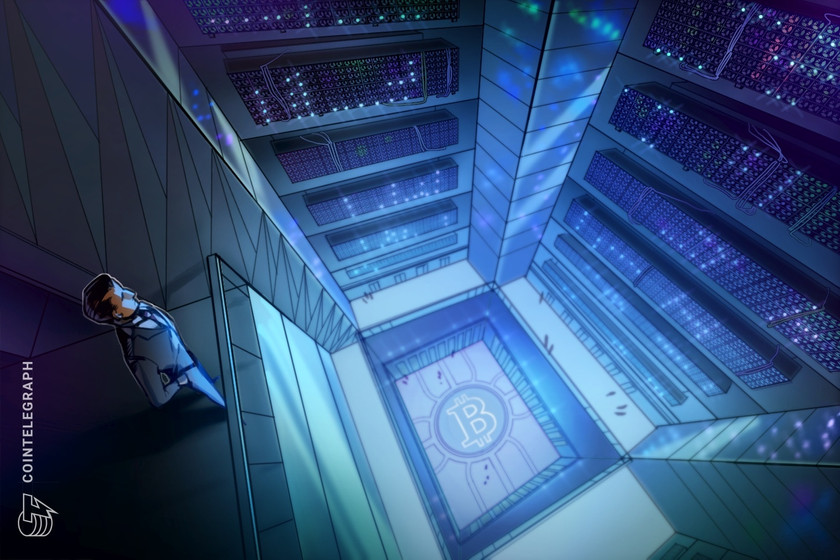 On Friday, Bitcoin (BTC) mining company PrimeBlock announced that it will merge with special purpose acquisition vehicle (SPAC) company 10X Capital Venture Acquisition Corp II. The transaction brings PrimeBlock’s enterprise value to $1.323 billion and is expected to close in the second half of the year.

The company has installed 1.8 exahash per second of BTC self-mining equipment, which accounts for about 0.89% of the total hash rate of the Bitcoin network. According to PrimeBlock, the break-even price for mining is $9,000 per coin. In 2020, up to 59% of its energy sources were carbon-free. The company aims to become carbon neutral on a net-zero basis by 2050.

Last year, PrimeBlock generated $21.8 million in revenue by mining 356.8 BTC. But in 2022, the company expects revenue of $220.1 million, or a projected 3,629 BTC, in part by rapidly expanding its mining capacity to over 10 exahash per second. It also has a small Ethereum (ETH) mining operation extracting 699 such digital assets in 2021.

Regarding the business agreement, Hans Thomas, Chairman and CEO of 10X Capital commented:

“Gaurav and the leadership team […] successfully deployed over 110 megawatts of data center capacity and generated revenue of more than $24 million in the fourth quarter. They have built strong relationships with key partners […] with a commitment to net-zero carbon emissions by 2050.”

Indie MMO Spotlight: No joke, we love our indie MMOs!

I’m a savvy saver — there’s a handy way to cut your electricity bill by 25 percent, and it works on other bills too