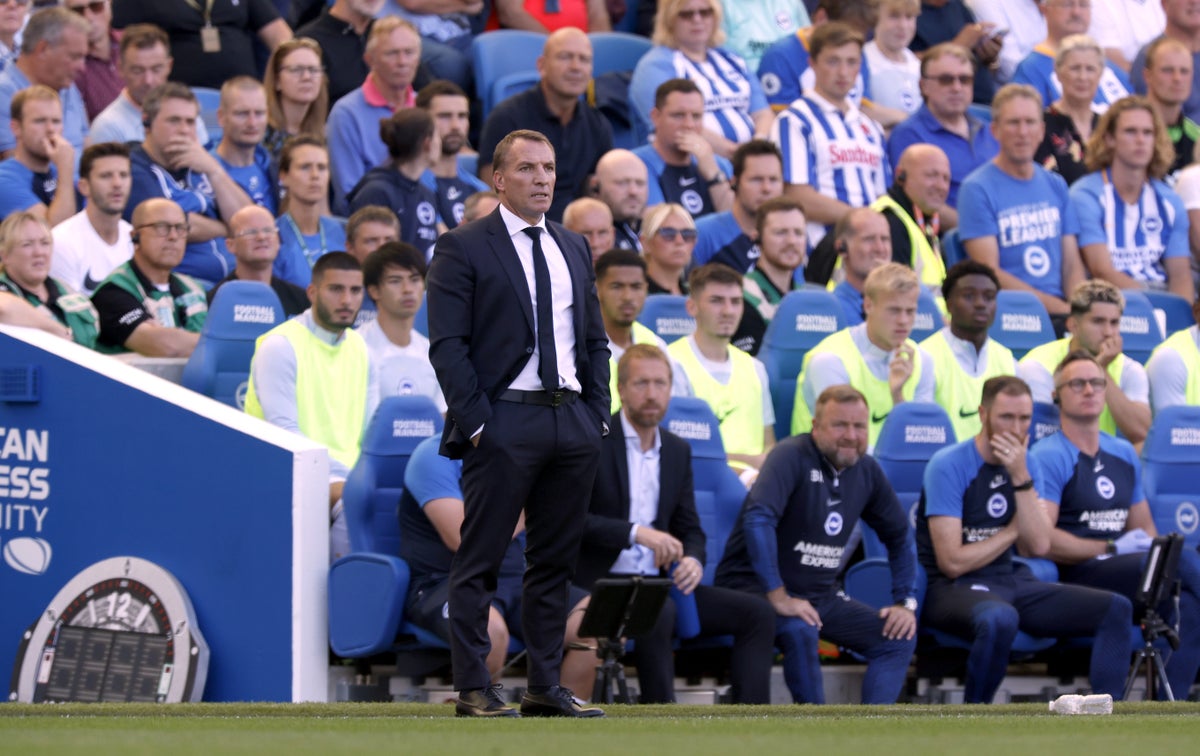 Under-Fire boss Brendan Rodgers believes he’s better equipped to deal with the pressure as he fights to salvage Leicester’s season.

The Foxes manager insists his experience to date will help him deal with bottom and winless Leicester in the Premier League.

Rodgers was sacked in 2015 after three and a half years at Liverpool’s Anfield and feels his time on Merseyside is well placed to deal with his current situation.

“Experience really helps. I was then a young manager at a club where everything is under scrutiny,” he said.

“I feel very comfortable here, that’s the reality. The support I’ve always had, the players have been great for me.

“Circumstances have been difficult this summer but it’s a challenge and I want to show the courage and strength that has given me the career I’ve had.

“I needed that because I wasn’t a top player. We’re in a situation where it’s not ideal, but it’s very early days and football is changing fast, as you know.”

The 49-year-old is also determined to keep Leicester’s situation under review ahead of Saturday’s trip to Tottenham but insisted previous successes count for little.

“That’s absolutely crucial and that’s something I have. I have everything in view. I’m not a fan of old stories. Winning the FA Cup and the Community Shield and where we ended up, that’s old news.

“My job has been to always look ahead, try to improve the squad and improve on how we can continue and progress.

Meanwhile, Rodgers believes James Maddison is not driven by a desire to prove Gareth Southgate wrong after his latest snub against England.

The 25-year-old was dropped from the final squad – for Nations League games against Italy and Germany – ahead of November’s World Cup as his hopes of making it to Qatar appear to be dashed.

“As a player, you always want to prove something. I don’t think the England thing alone will give him that fire, he wants to prove to himself that he can be considered a top player at this level. Then take that confidence from hard work into the games.”

https://www.independent.co.uk/sport/football/brendan-rodgers-king-power-stadium-merseyside-liverpool-nations-league-b2168413.html Brendan Rodgers believes he is better equipped to deal with pressure at Leicester