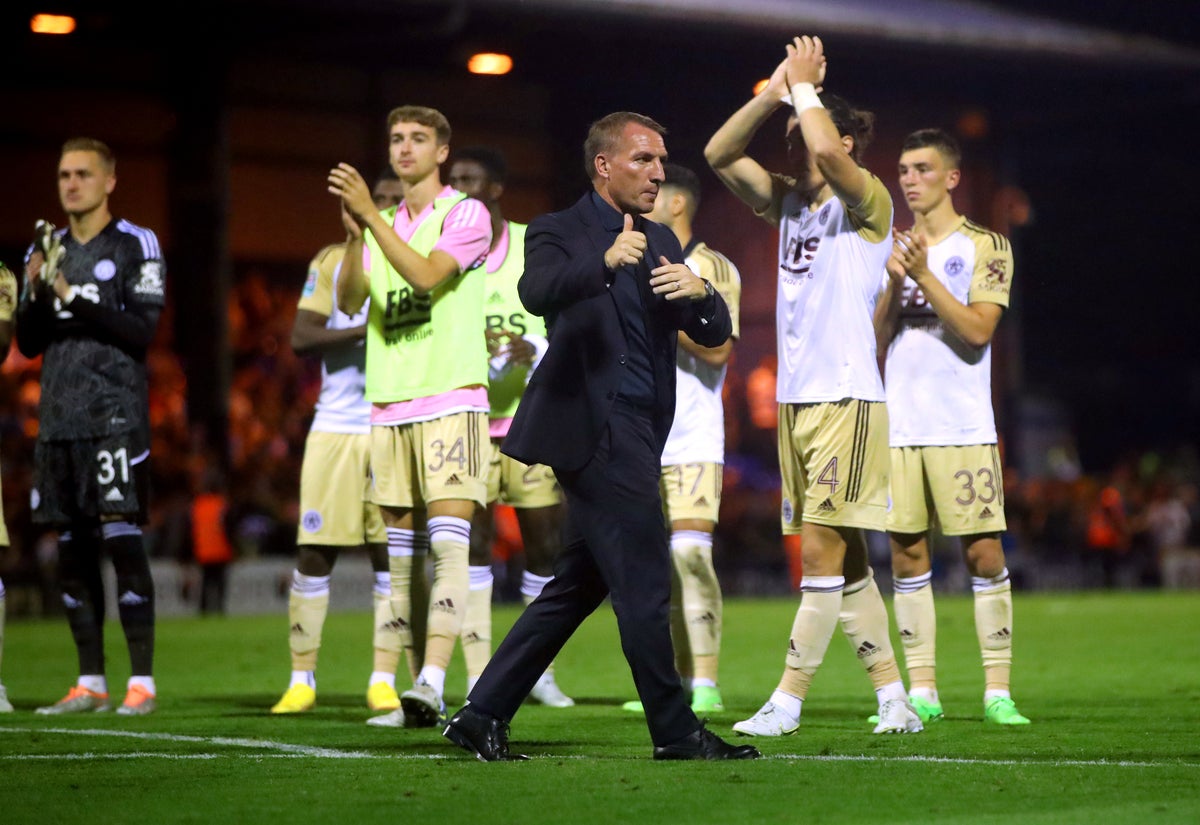 Leicester boss Brendan Rodgers said Chelsea target Wesley Fofana has been left out of the matchday squad after failing to show up for first-team training last week and has been working with the under-23s.

After Fofana was left out of the squad for Saturday’s 2-1 Premier League defeat by Southampton and Rodgers said the defender was not in the right mood to play, Fofana was absent again on Tuesday when the Foxes in the third round of the Carabao Cup secured a 3-1 win on penalties at Stockport.

Ahead of the game, it was reported that Leicester had turned down a third pigeon from Chelsea for Fofana and Rodgers said in his post-match press conference: “There was an offer that was turned down.

“Besides that, I’m not 100 percent on the other details because we were focused on the game.”

Rodgers added that the 21-year-old Frenchman “didn’t show up for training one day last week – hence the reason for the weekend not being involved”.

And he said: “He trains with the U23s so that he can get his football fitness and keep working. In this phase it is so important to control all possible distractions.

“He’s a good boy, it was just a really challenging situation for him. I’ve seen it many times in my career that there are players who can handle it, can handle it, get on, want to help their teammates. There are others who just can’t handle the distraction.

“Of course that distracts them and it’s not quite right, and they miss a training session, then you need full commitment from the players.

“These guys get paid well. The least you can do is show up. And if you don’t, with all due respect, you can’t just think you can join our group.

Rodgers added that while the situation regarding Fofana’s rating was down to the club, he was hoping for a quick fix one way or the other.

He said: “Obviously if it (that he leaves) happens the sooner the better because it might allow us to get some work done (in the transfer window).”

After being held admirably at bay by League Two Stockport to a 0-0 draw over 90 minutes, Leicester prevailed in a penalty shoot-out which saw their debut goalkeeper Daniel Iversen make three saves.

The hosts are currently 21st in the fourth tier, having returned to the Football League this season after an 11-year absence.

Hatters boss Dave Chalinor said: “A brilliant night without the dream ending if you will but really proud of the effort we put in.

“Leading a Premier League team to penalties is a great achievement, just a shame we couldn’t make it a great night instead of a really good one.”

Jennifer Lopez gives a "first look" at her wedding looks