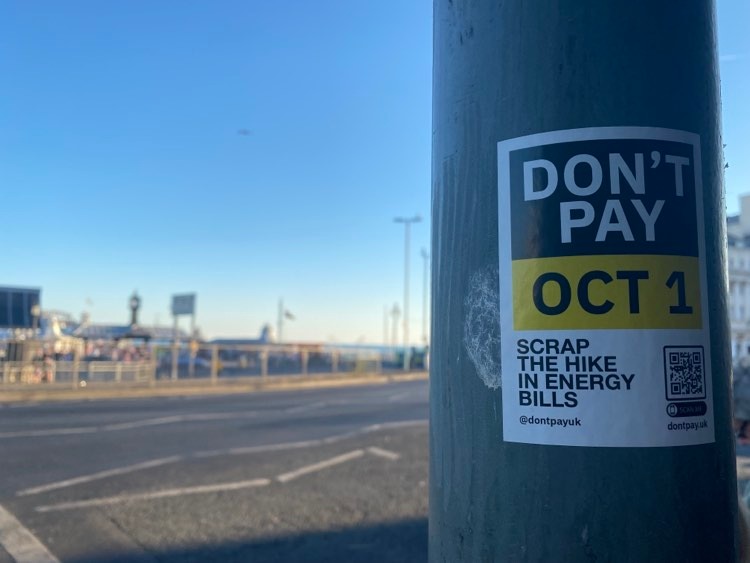 ACTIVISTERS demanding more action to tackle the cost of living will burn their energy bills in protest at a rally.

The event, organized by campaign group Don’t Pay, is part of a day of action calling on the government to do more to help people with the rising cost of living, especially rising energy costs.

Protesters will meet at the Clock Tower at the end of Queen’s Road in Brighton at 2pm.

In more than 20 cities across the country, groups will protest on the day the energy price cap rises to £2,500.

A Don’t Pay spokesman said: “Our already prohibitive energy bills will rise another 27 percent tomorrow. We’ll be paying 96 percent more to heat our homes this winter than we did last year.

“Millions of us will simply not be able to keep our heads above water and many will be freezing when the weather turns cold.

“That’s an unacceptable reality when energy companies like Shell and BP are expected to make over £170 billion in excess profit over the next two years.”

Around 200,000 people have signed up for a coordinated non-payment strike that is set to begin once the campaign has reached one million supporters.

Blinken Says U.S. Has a ‘Lengthy-Time period Future’ within the Pacific Islands