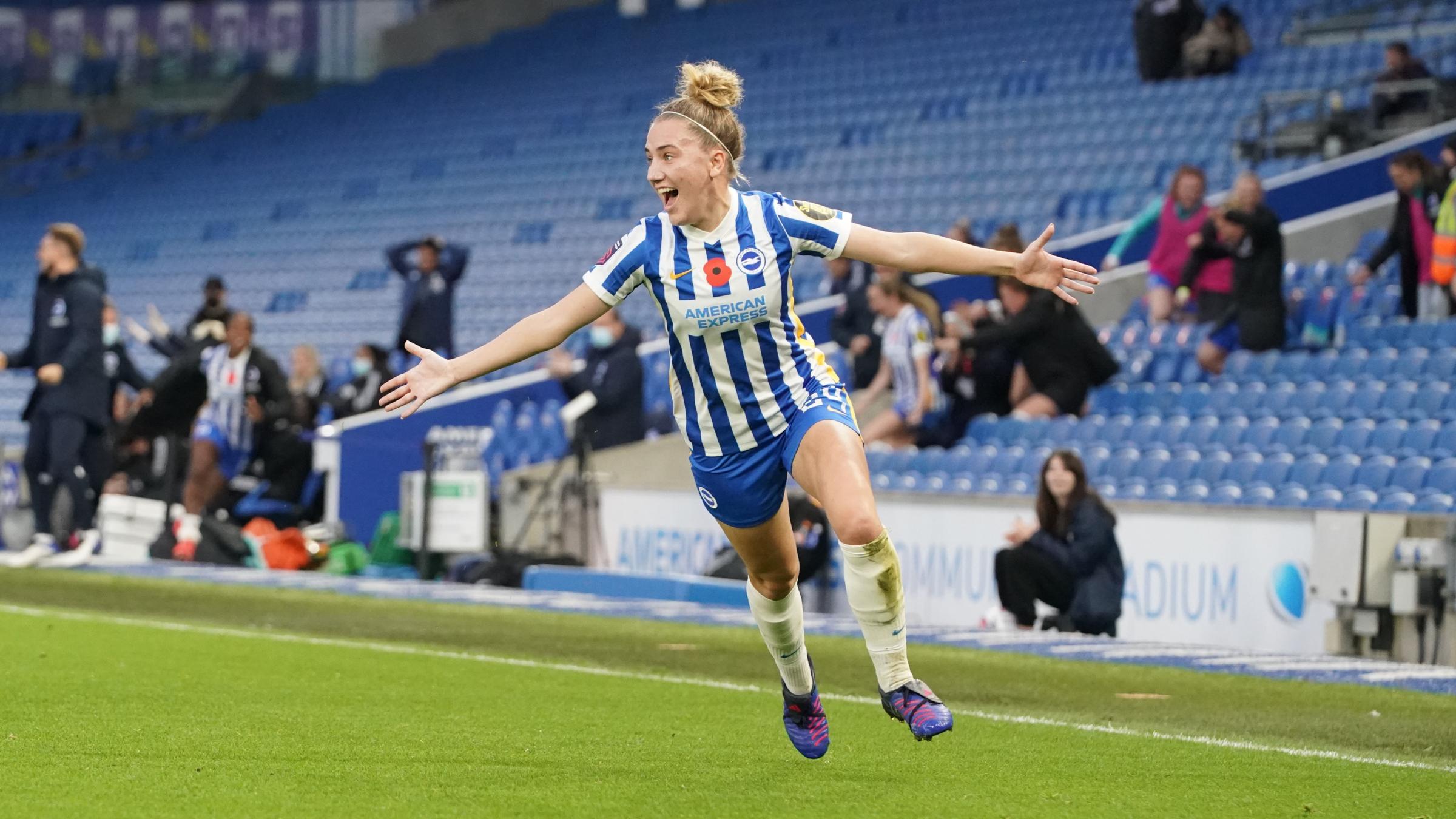 Albion could be spurred on by a special visitor as they prepare for Reading at WSL.

Maisie Symonds scored the late goal that secured a 1-0 win over Leicester when they played at Amex last season.

It also earned her the Goal of the Season award.

The young Englishwoman’s season is suspended for the time being after contracting glandular fever during Albion’s pre-season trip to Bavaria.

She has revealed via social media that she is making progress and there were tentative plans for her to visit the squad today.

“She has been in pretty bad shape but is on the mend and we are in regular contact with her.

“Her passion is football, that’s what she lives for as a young child.

“She’s disappointed that she can’t play but the most important thing, and we keep telling her, is that she needs to get healthy and healthy first.

“She’s had some positive test results so she’s quite optimistic at the moment.

“But you can understand how hard it was for her.”

Albion are hoping to be joined by more than 5,000 fans as they take on Reading at the Amex tomorrow (2pm) with pre-sale tickets HERE.

Tickets for the reading game are still available and cost £10 for adults and £5 for concessions.

Matthew Fisher plays Gloucestershire for Yorkshire on day one