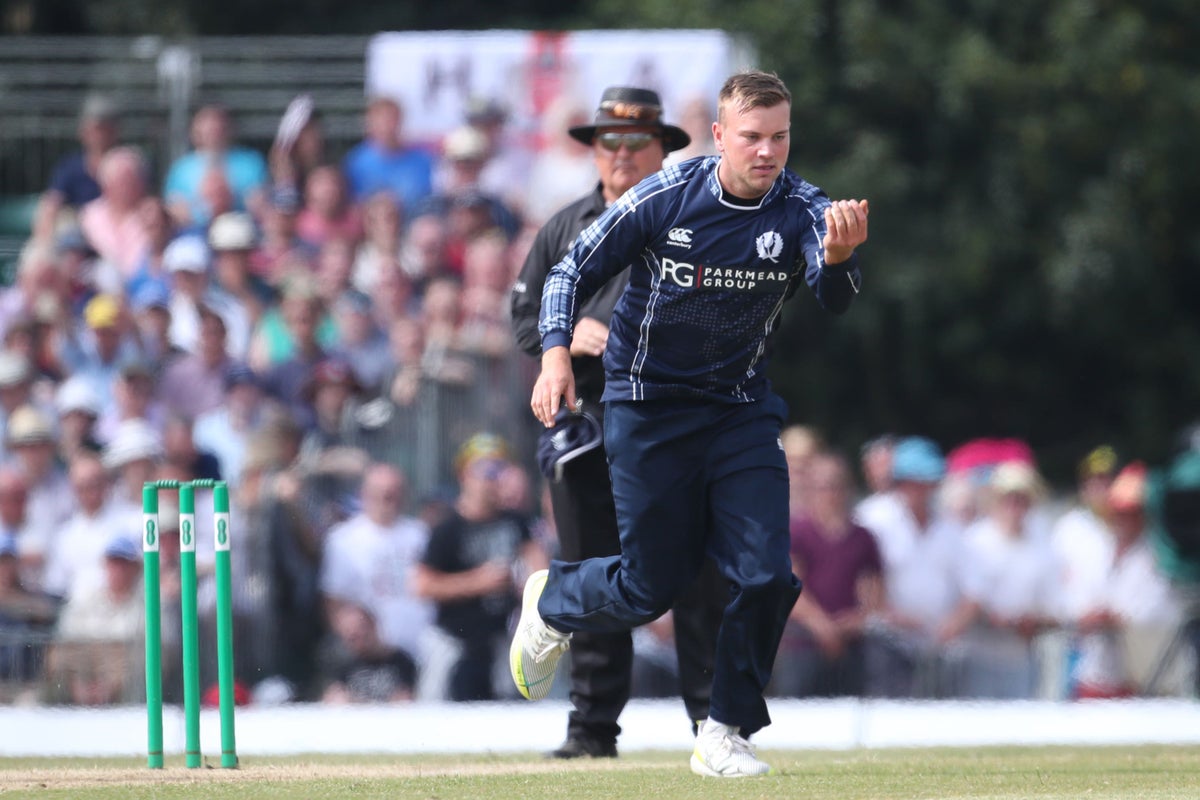 Mark Watt would be happy for a showdown against England in Melbourne next week as Scotland’s slower left-hander insisted his side had “unfinished business” at the T20 World Cup.

Scotland are basking in the aftermath of beating two-time champions the West Indies in Hobart, and a win over Ireland on Wednesday will all but guarantee progression from the first-round group.

If Scotland miss out on first place, the consolation of finishing second would be that they would move into England’s Super 12 group and a Battle of Britain would be held at the 100,000 capacity MCG on October 26.

Watt said with a smile, “I’d like that. I didn’t know that was the case, so yes, I’ll be second now.”

Scotland shocked many when they cleared the first hurdle last year, beating Bangladesh, Papua New Guinea and Oman, but they have lost every game in the Super 12 stage and Watt is keen to set the record straight.

“I would like to repeat what we did last year and make it to the proper group stage,” he said.

“We still have work to do at this tournament. We know we didn’t play our best game at all last year. We still haven’t done that.

“Although we’ve just beaten the West Indies, we haven’t played our best cricket yet and we have one thing to prove. That is the main focus at the moment.”

Watt, who went three to 12 against the Windies, admitted Scotland were still “buzzing” from a 42-run win at the frigid Bellerive Oval in only their third T20 since last year’s World Cup.

Ireland, on the other hand, need to dust themselves off quickly after starting the campaign with a 31-round loss to Zimbabwe

All-rounder George Dockrell said: “These games are coming so fast. You must try to get as much out of the loss as possible. Obviously it’s not ideal, that’s not how you want to start the competition.

“We have two games in the next four days and it’s our job to come out and give absolutely everything and that’s what we’re going to do.”

Although Dockrell initially burst onto the scene as a talented left-arm spinner, these days he is only sporadically called up to T20 bowling for Ireland, instead being used as a mid-tier hitter.

But the 30-year-old would happily flip the arm if asked, adding: “I’ll always be ready to bowl. I’ll keep pushing in training and make sure I’m ready if the opportunity arises.”