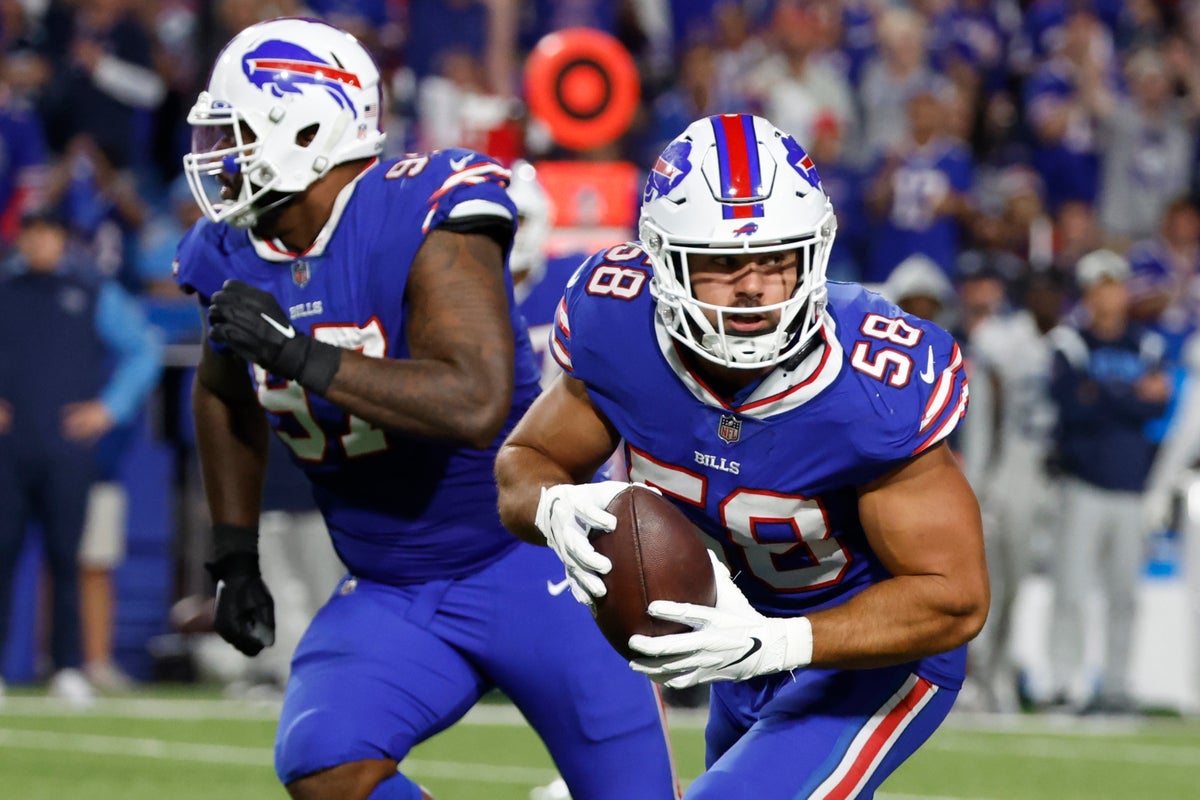 The Tennessee Titans are down 2-0 for the first time since 2012 after beating the Buffalo Bills 41-7 in upstate New York.

Josh Allen marked his side’s home opener with four shots, including three against wide receiver Stefon Diggs, as the Bills returned after their 31-10 win over the Super Bowl champion Los Angeles Rams.

Allen surpassed 300 yards for the 15th time of his career and completed 26 of 38 attempts for 317 yards before sitting out the entire fourth quarter. Diggs, meanwhile, had 12 catches for 148 yards and achieved the rare feat of exceeding 100 yards in each of his first two games.

The Bills’ secondary limited the visitors to 182 offensive yards and 12 first downs while he had two sacks and four turnovers himself.

No one cared that the win came against a team that had beaten Buffalo in each of the last two campaigns.

He said after the game: “It doesn’t matter against who. It’s a good team we played against. It was great for us to do that.”

The Philadelphia Eagles, meanwhile, defeated the Minnesota Vikings after Jalen Hurts rebounded from a horror game against the Detroit Lions in which he completed just 18 of his 32 attempted passes.

Accuracy was no problem for the sophomore quarterback Monday as he hit five receivers in a five-for-five pass and recorded 301 yards through the air in the first half as his side went 24-7 at the break.

Hurts finished for 333 yards and a touchdown thanks to his arm while also amassing two rushing touchdowns as the score stayed the same in the second half and the home team improved to 2-0 on the season.

Minnesota quarterback Kirk Cousins ​​had an unforgettable night on the road, scoring once but also being picked off three times as he completed 27 of 46 passes.