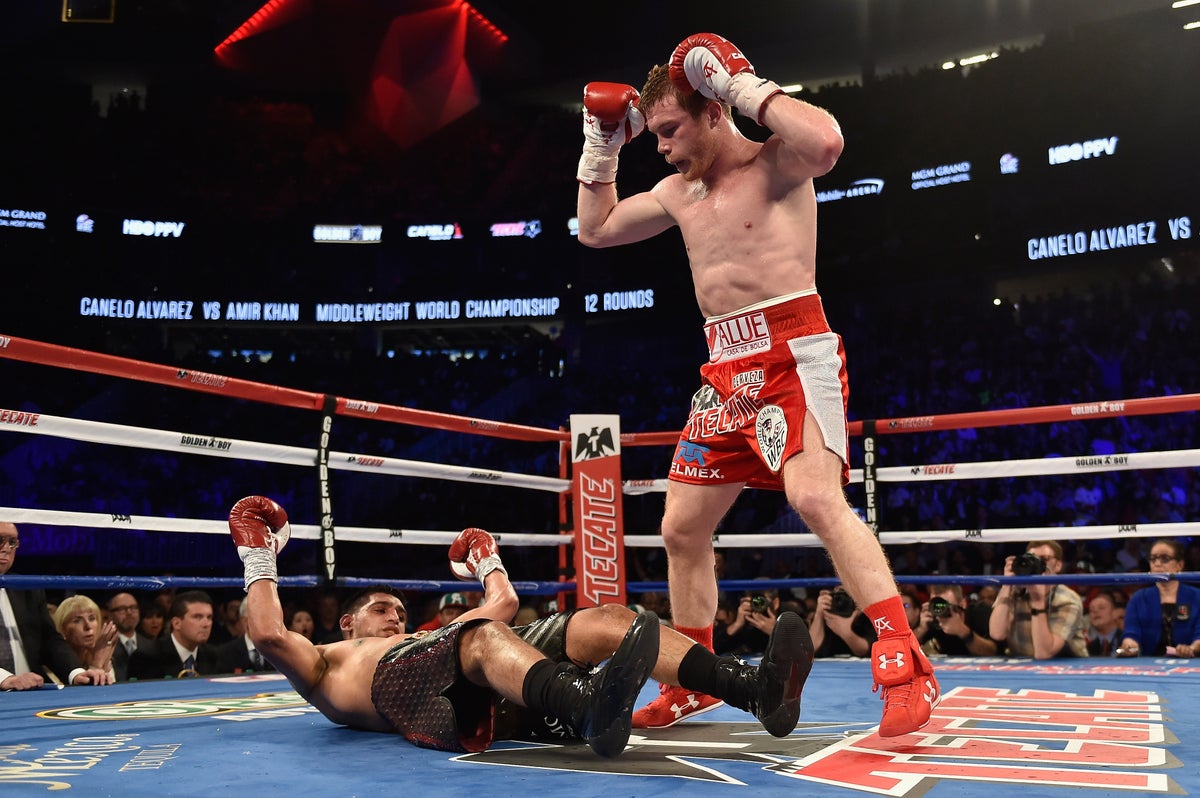 Saul “Canelo” Alvarez has admitted he was “scared” about his own KO of Amir Khan six years ago.

Canelo and Khan squared off at T-Mobile Arena in Las Vegas in May 2016 as the Mexican defended the WBC middleweight title against the Brit.

32-year-old Canelo won the fight with a vicious knockout, knocking down Khan with an overhand right by 30 seconds in the sixth round. Khan collapsed disgustingly on the canvas and referee Kenny Bayless was quick to wave him off as the now 35-year-old stared blankly at the ceiling.

“With Amir Khan, he scared me a little, I was a little worried,” reflected Canelo in an interview with DAZN this week.

“I actually went over to see if he was okay, that was the natural reaction.

“The knockout was too strong and when he hit the canvas he twisted his neck on top of that. So I thought it was more than a knockout.”

Canelo’s victory over Khan was the Mexican’s fifth consecutive win after his decision defeat by Floyd Mayweather, which was the only loss of Alvarez’s professional career until he was overtaken by Dmitry Bivol this May.

Canelo will try to bounce back when he takes on old rival Gennady Golovkin this Saturday (September 17).

Canelo and Golovkin, 40, fought to a controversial tie in September 2017 with most observers believing “GGG” had won before the pair’s rematch 12 months later went down in a majority decision win for Alvarez. Again, many felt that Golovkin had done enough to achieve victory.

https://www.independent.co.uk/sport/boxing/canelo-best-knockouts-amir-khan-ggg-b2168775.html Canelo admits he ‘scared himself’ with his vicious knockout on Amir Khan

Robin Talbot: What important decisions are we making now on the farm for the next year and beyond

Stunning iPhone screenshot trick revealed - how have we missed it for YEARS?