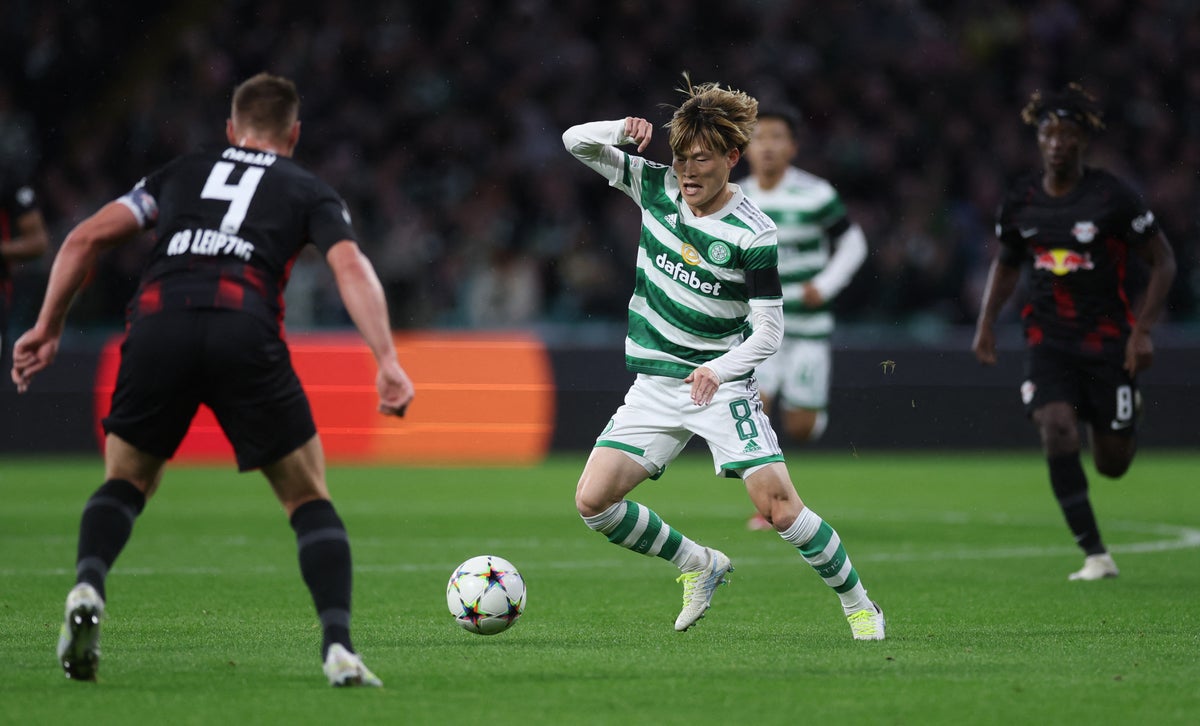 Celtic have progressed to the last chance of the Champions League group stage and need three points tonight if they are to have any hope of reaching the knockout stages of the competition. The Hoops have picked up just one point in their first three games after drawing against Shakhtar Donetsk and losing to Real Madrid and RB Leipzig.

Ange Postecoglou’s side were defeated 3-1 in Germany last Wednesday after running out of breath in the second half against RB Leipzig despite an encouraging first 45 minutes. This ad summarized the story of their Champions League campaign so far, in which they faced off against teams for almost an hour before dropping set pieces towards the end of the game.

The Scottish side will get a boost from tonight’s home game and head into the Scottish Premiership with an injury-time winner against St Johnstone. Giorgos Giakoumakis scored in the 95th minute in Celtic’s 2-1 win and could start tonight after Jota was sent off at half-time on Saturday.

Follow all the action at Celtic Park after the end of the FC Copenhagen v Manchester City game:

69 minutes: Chance! Lovely Leipzigers pushing the ball across the field through Nkunku and Werner before it’s dropped to Simakan on the right side of the penalty area.

He cuts back on his left foot and blasts his shot over the bar!

63 mins: Kyogo leads the ball out of play as he has nowhere to go with the ball. Willi Orban forces him to the sidelines, pushes the striker to the ground and gives a free kick.

Stupid challenge from the Leipzig defender.

He hisses a cross into the box but Carter-Vickers gets a touch. The ball lands on Timo Werner, who starts and fires a shot, but Mortiz Jenz is across and gets the block in.

57 mins: There was a response from Celtic, who pushed the pitch up a bit further and pressed the ball well. The fans are in full voice – as they have been all night – creating an upbeat and encouraging atmosphere for their team.

54 minutes: RB Leipzig has been getting out of the blocks faster since the restart after half-time, but Matt O’Riley wins the ball in midfield and sends it onto the right wing.

The home team sprints up the field before the ball is pulled back to Kyogo, who shoots and blocks his shot.

51 minutes: The corner goes nowhere for Leipzig, but the ball is won and Haidara pushes it into the penalty area for Willi Orban.

He has a great view of goal and pokes one with his right foot only to be knocked down by Joe Hart, with the keeper making a solid save from deep!

48 min: Gvardiol sends the ball to space on the left, which hisses a low pass into the box but hits a Celtic defender.

Carter-Vickers then gets the ball to Taylor but Andre Silva wins, returning to the box and winning a corner when his square pass goes wide.

Kick-off: Elsewhere in Group F, Shakhtar Donetsk have scored against Real Madrid, meaning they lead 1-0 just as the second half begins.

It’s not good news for either side, but especially for Celtic, who started the evening bottom. The visitors get the game restarted at Celtic Park.