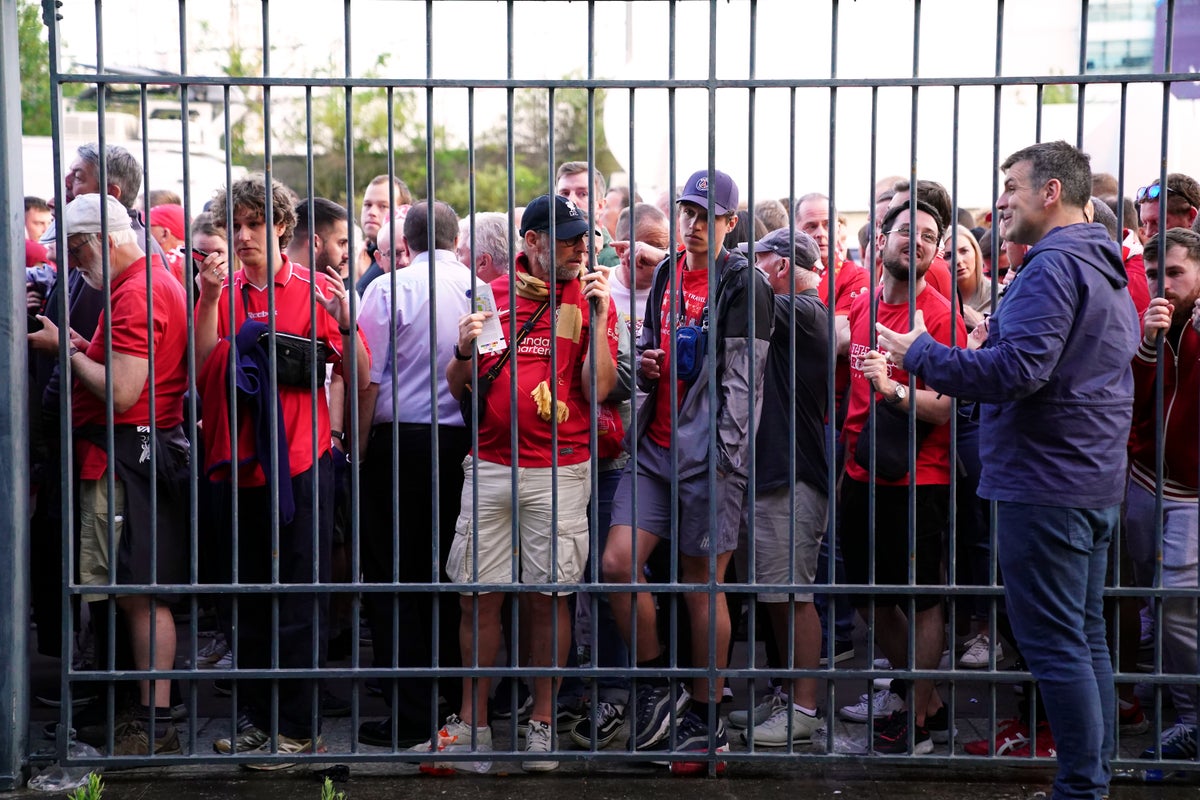 Members of the independent panel investigating the chaos at May’s Champions League final will travel to Liverpool to meet fans and club officials.

Liverpool have submitted 8,500 fan reports, photos and videos out of a total of 9,000 to the panel as the investigation into congestion and safety issues outside the Stade de France continues.

A July report by the French Senate found “several organizational errors” related to the event, which was moved to Paris after St Petersburg was excluded from the finals due to the Russian invasion of Ukraine.

“It is vital that lessons can be learned and that what happened in Paris is not repeated,” said Liverpool chief executive Billy Hogan, who confirmed a delegation from the body will travel to Merseyside.

“Frankly, it’s going to be a great opportunity for us to sit down with them and hear them directly from us about our experiences before, during and after the game.

“We discussed with the panel and certainly encouraged them, but I should say they were absolutely ready and keen to meet with fans and fan groups.

“We definitely welcome that. I think it’s incredibly important that they hear from those who were impacted (by) the entry, the exit and the overall experience of what happened in Paris.”

Eight themes were identified from the testimonials, including congestion at access points, insufficient travel information for supporters, significant problems at the outer control areas of ticket cordons and inner turnstiles, excessive tactics by riot police, and the emotional impact of giving the wrong reason for the late kick-off; UEFA issued a statement blaming the fans’ late arrival.

Is Your Car Affected By This Massive 1.1 Million Vehicle Recall?

Crashing updates for Instagram: Tens of thousands of users worldwide are reporting that the app is down