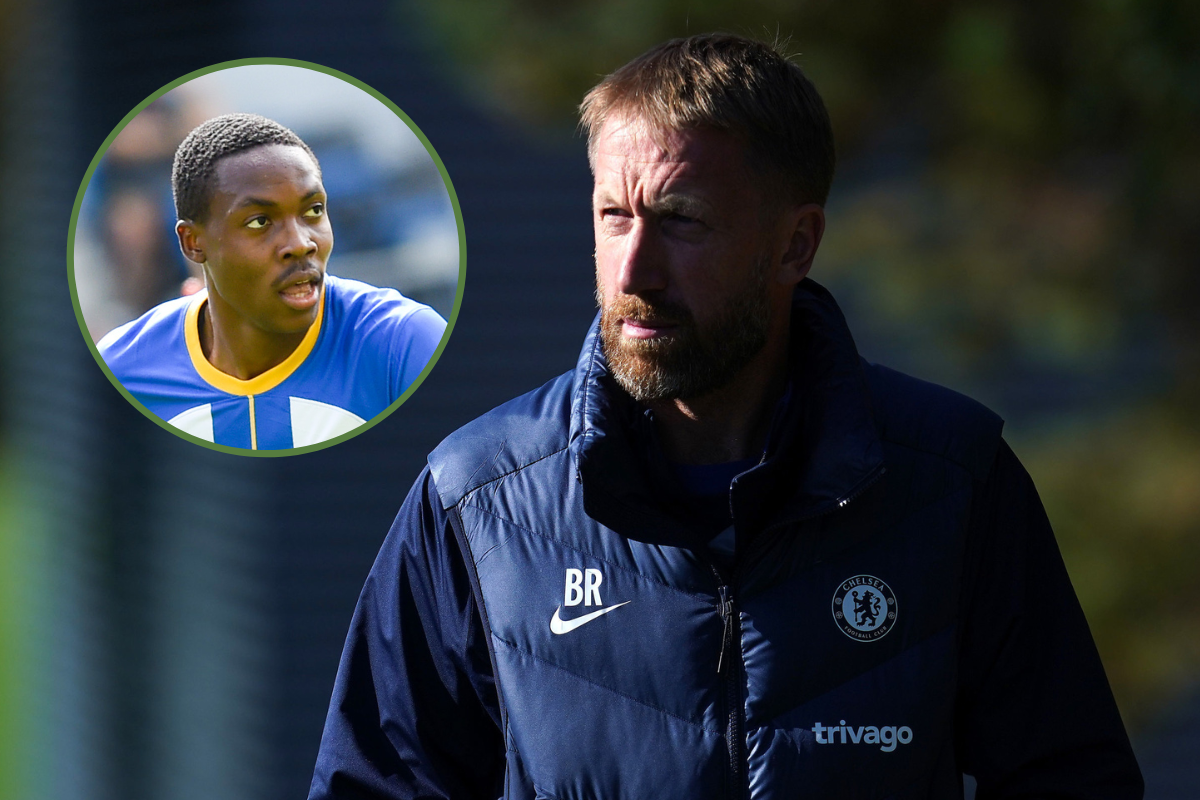 Graham Potter has left a message for Enock Mwepu after his former player was forced to resign.

Mwepu gave up his playing career when he was just 24 due to a heart condition.

He made all of his appearances for Albion in the Premier League and Cup under Potter’s tutelage.

The former Albion head coach’s last game in charge – a 5-2 win against Leicester – turned out to be Mwepu’s last as a professional footballer.

Potter, who is now in charge at Chelsea, said: “It’s really awful.

“Fortunately, it’s not as bad as it might have been.

“I think he was a bit lucky, as far as he can be lucky that he’s alive and well, which we’re all really grateful for.

“But not being able to play football at the age of 24 puts everything into perspective.

“I tried to call him today, sent him a message.

“He’s a fantastic human being. Whatever he does, he will find success in his life.

“But it’s a pity we won’t see him on the football field.”

Potter’s successor, Roberto De Zerbi, never got the chance to choose Mwepu onto one of his teams.

De Zerbi said: “I’m so sorry for Enock. I looked at the entire squad before arriving and he was a player I was so excited and looking forward to. We will do everything we can to help him.”

Penny Lancaster among celebrities ahead of menopause awareness campaign