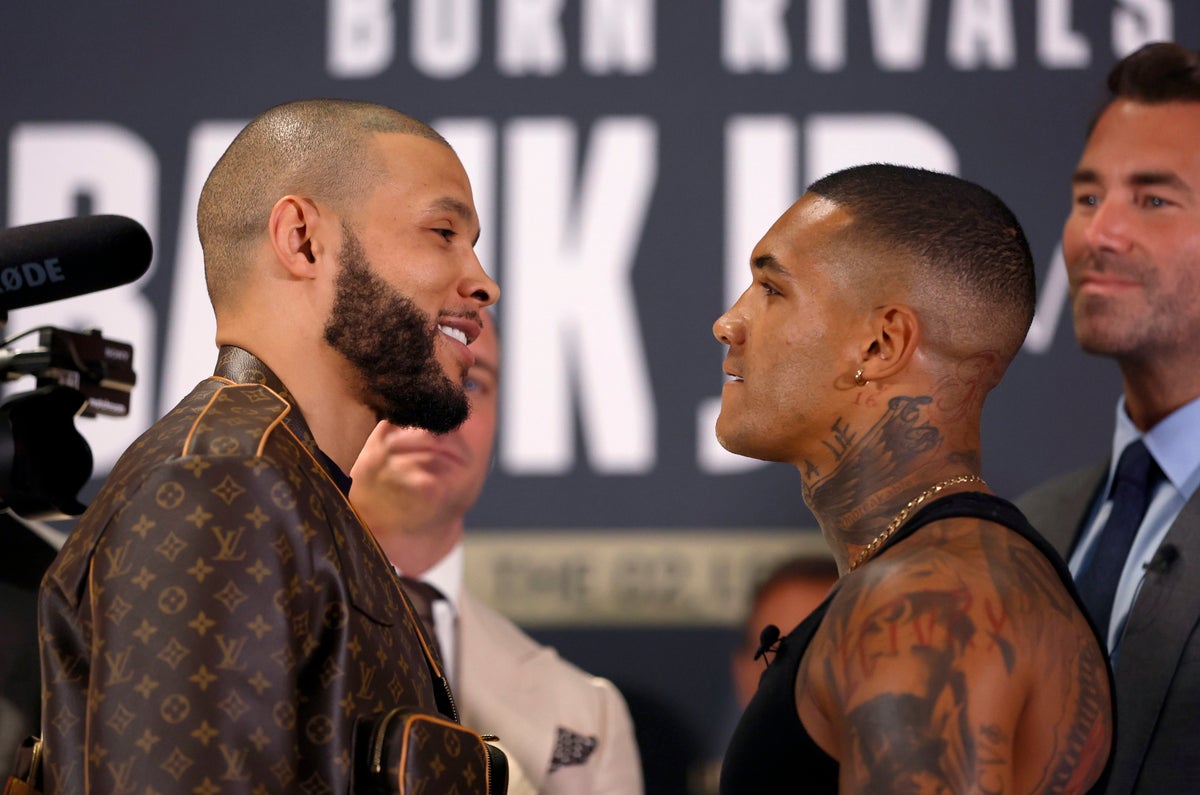 Chris Eubank Jr. has doubled down on his claims that he will retire from boxing if he loses to Conor Benn.

The Brits meet at London’s O2 Arena on Saturday 8 October, almost exactly 29 years after the fighters’ fathers clashed for the second time.

Chris Eubank stopped Nigel Benn in the ninth round of their first in-ring meeting in 1990 before the rivals fought to a shared tie three years later. Now, in one of the biggest British fights of this generation, the couple’s sons will go head-to-head.

“There’s absolutely tremendous pressure on me for this fight,” Eubank Jr. said in a joint interview with Benn Good morning Britain on Friday (09/30).

“I’ve said it before, and this is the first time I’ve said it in my entire career, if I lose this fight, I retire. I love fights, I love sport, I love being a boxer. I don’t want it to end [but] Losing to a Conor Benn at this stage in my career means I’m not the fighter I thought I was – or who I think I am.

“I want to fight for world titles within the next six to twelve months; I can’t do that with a loss to Conor Benn. My dad retired at 32, I’m 33 years old so this is an extremely important fight.

“There’s a lot of pressure on me not only to win, but to uphold the name, the family legacy we’ve built. For now, the Eubank name precedes the Benn name in the history books and I will keep it that way.”

Benn, 26, moves up two weight classes for the catchweight bout while Eubank Jr. is moved down slightly.

Eubank Jr.’s only professional losses both came by decision – against Billy Joe Saunders in 2014 and against George Groves in a world title match in 2018. Since the latter loss, Eubank Jr. has won six fights in a row.