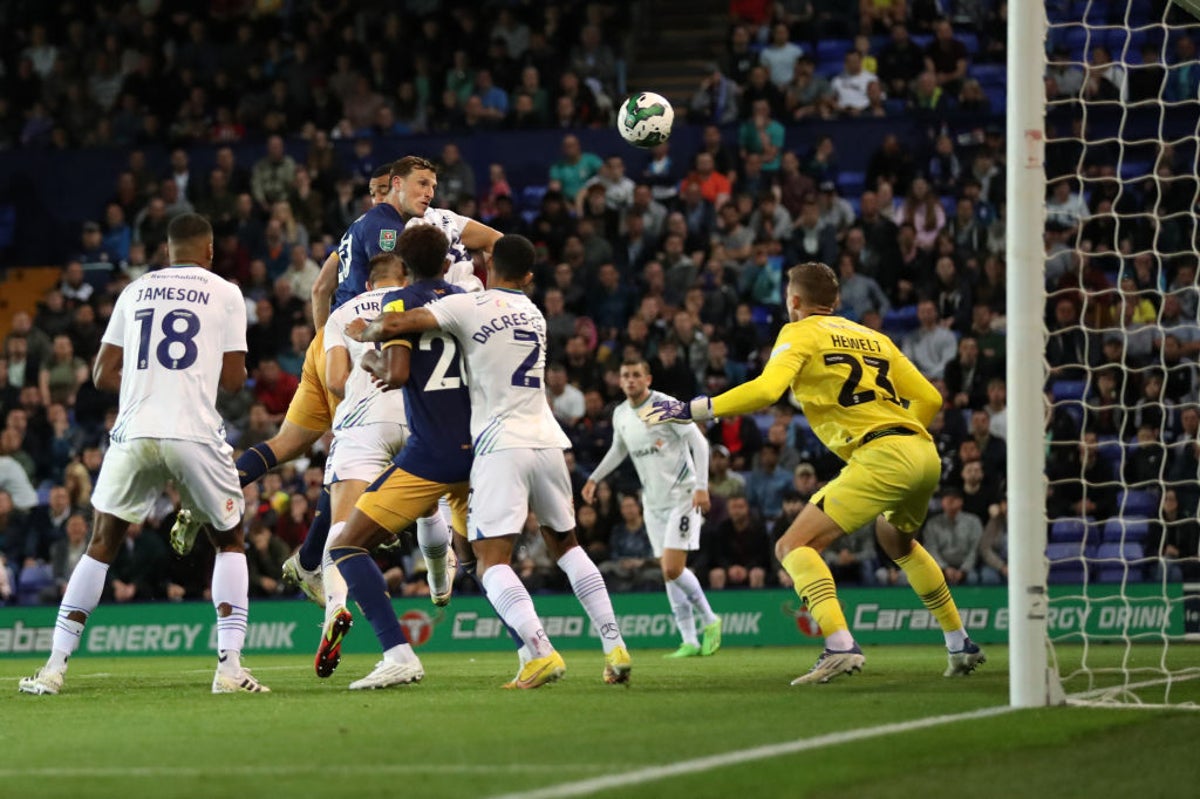 Chris Wood spared Newcastle’s blush as a second-row side hit back from a deficit to win 2-1 against League Two Tranmere in the Carabao Cup.

A skillful passing game ended with Elliott Nevitt cutting past Newcastle goalkeeper Karl Darlow, one of 10 changes from their 3-3 Premier League draw with Manchester City as only Joe Willock trailed.

But Jamaal Lascelles and Wood both scored from set pieces at half-time to give Newcastle a hard-fought second-round win at a rough Prenton Park in the first game between those clubs since February 2000.

While Eddie Howe made sweeping changes after a spirited result at the weekend, there was still enough quality in Newcastle’s line-up, with Wood signing for £25m in January and leading the line in his first start of the season.

It was Tranmere, who has picked up just four points in his first five league games, who broke away the quickest when he broke away in the 21st minute thanks to a one-touch passing routine that wouldn’t have looked out of place in the top flight , achieved a surprising lead.

The Newcastle defenders were thrown out of position and Lee O’Connor’s skillful through ball allowed Josh Dacres-Cogley to charge into the box before getting in the way of Nevitt to get past Lascelles and score.

While the visitors’ spirits could not have been happier when Emil Krafth was sent off in the 39th minute, his replacement Kieran Trippier made an immediate impression.

Shortly after coming on, Lascelles leveled from a corner by the England full-back at the back post on the second try after his first header was blocked off the line.

Another Trippier corner in the 52nd minute, this time off the near post, was flicked past Tranmere goalkeeper Mateusz Hewelt by Wood to the delight of a considerable number of those traveling with him.

Joelinton, Sven Botman and Bruno Guimaraes were brought in to try and thwart Tranmere, who unsettled Newcastle towards the end, without creating anything to really worry their opponents.

Botman had a header that tipped over but it didn’t matter as Newcastle maintained their unbeaten start to the campaign.