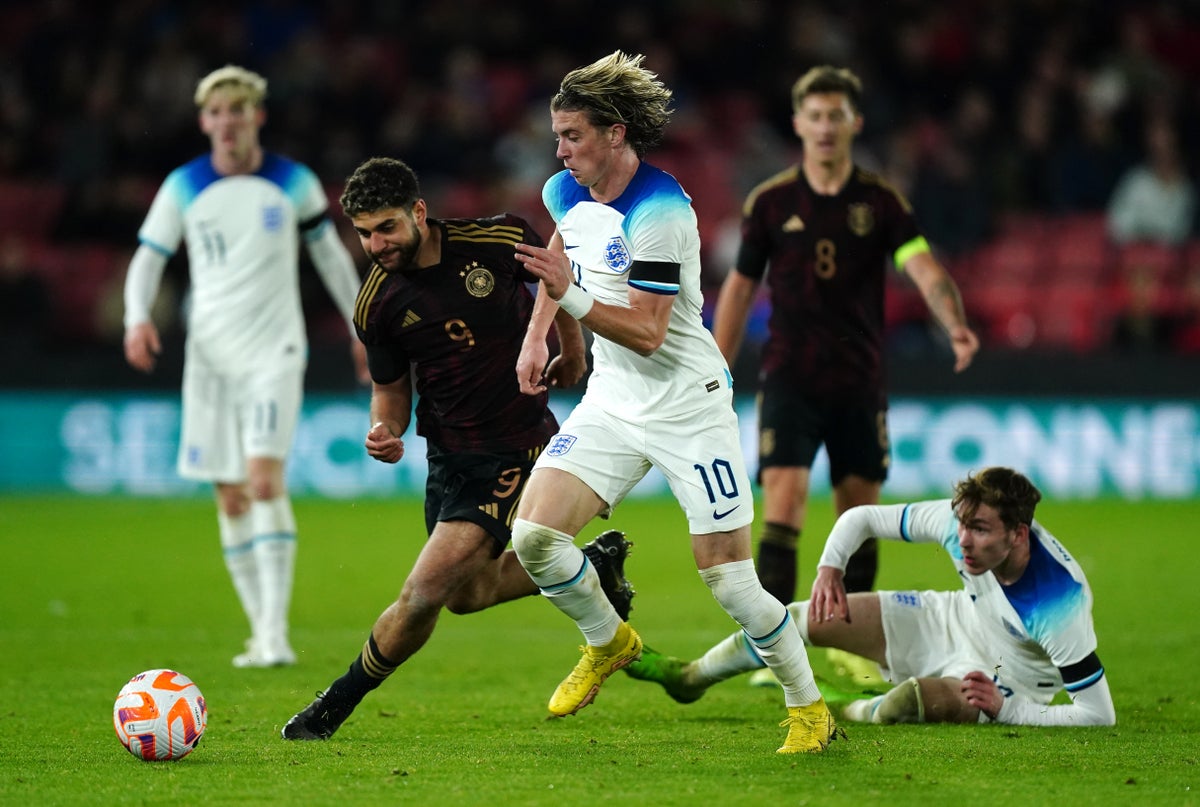 The Chelsea midfielder scored in Tuesday’s 3-1 friendly win over Germany in Sheffield.

Folarin Balogun and Cole Palmer also scored at Bramall Lane as the Young Lions went on to back-to-back victories after last week’s 2-0 win in Italy.

Gallagher, who has four senior caps, fell back to the U21 side this month and after boss Southgate named his World Cup squad in October, Carsley was impressed with the 22-year-old.

“It’s a testament to Conor with the way he approached this camp,” Carsley said. “Not a trace of disappointment or problems. He was really positive, trained really well. His application was great.

“We’re going to focus more on Conor because he’s played in the seniors but they all have to keep pushing and put themselves in the window.

“The way you’re doing that plays well for the 21ers and continues your form at the clubs.”

England fell behind with 10 minutes before the break when Felix Nmecha headed in from six yards but after James Garner hit the bar Balogun equalized after 41 minutes.

Gallagher put the Young Lions ahead just two minutes into the second half when he slotted in an Anthony Gordon cross from close range.

Arsenal’s Balogun, on loan at Reims, and Garner came close to a third but it was Manchester City’s Palmer who made it 3-1 in stoppage time, running towards Oliver Skipp’s pass and finding the bottom corner.

Carsley added: “They were a high quality opponent but they are friendlies. I expect a completely different intensity when I play at the Euro.

“It was a really tough challenge. We talked about it beforehand, we knew it would be difficult against the first class opponents.

“We tried a few things that got us thinking. We want to get a little more unpredictable with systems and the way we pressure teams. It was a good, solid 10 days.”

That was the budget that was

Budget 2023: It's like we wrote to Santa early and got everything we asked for