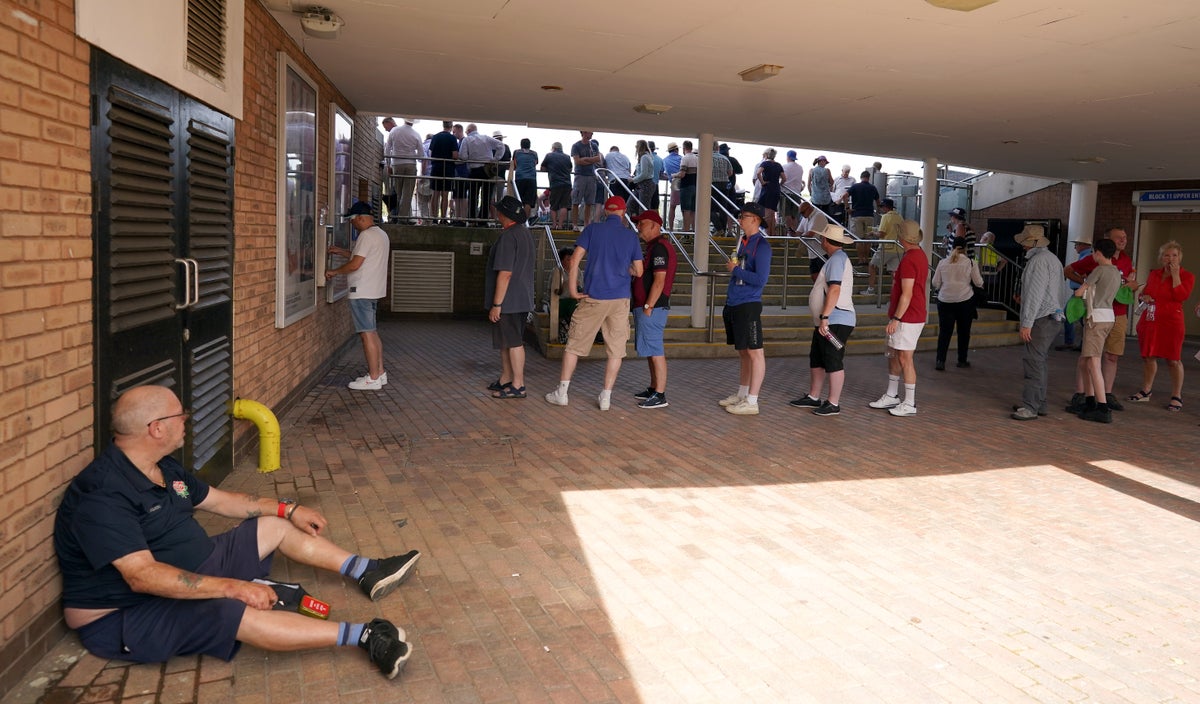 On a day of record-breaking temperatures, the searing heat took its toll on the Royal London Series opener, with England ODI debutant Matthew Potts leaving the field after a four-over spell after feeling the effects of the sweltering conditions.

But while regular drink breaks, complete with ice packs, wet towels and umbrellas, helped keep the show going midway, it was a different story on-site.

While the game sold out by 16,000, there were hundreds of empty seats as the Proteas scored their first innings, with dozens of fans leaving the venue early and others heading to shady areas behind the stands in search of calm. Many were seen in gaps between the stands and others lying against walls.

Hosts County Durham responded by setting up additional indoor ‘cold rooms’, although fans had to queue for access. A number of supporters also fainted, with medical services on hand at the scene.

With long lines also forming around the designated water refill stations, scores of Durham employees were sent around the ground with gallon containers of water to help. Workers were also monitored to check that breaks were scheduled and that indoor spaces were adequately ventilated.

A spokesman for the England and Wales Cricket Board said the governing body was assessing the safety situation for fans along with their Durham counterparts, without so far having indicated the match was in doubt.

The International Cricket Council is responsible for the safety of players, from the umpires on the pitch and their ongoing discussions with the teams, to the referee.

https://www.independent.co.uk/sport/cricket/england-chesterlestreet-durham-south-africa-international-cricket-council-b2126659.html Cricket fans feel the heat as England stars battle under the sun

Conor McGregor is offering a £50,000 reward for information on bar attacks