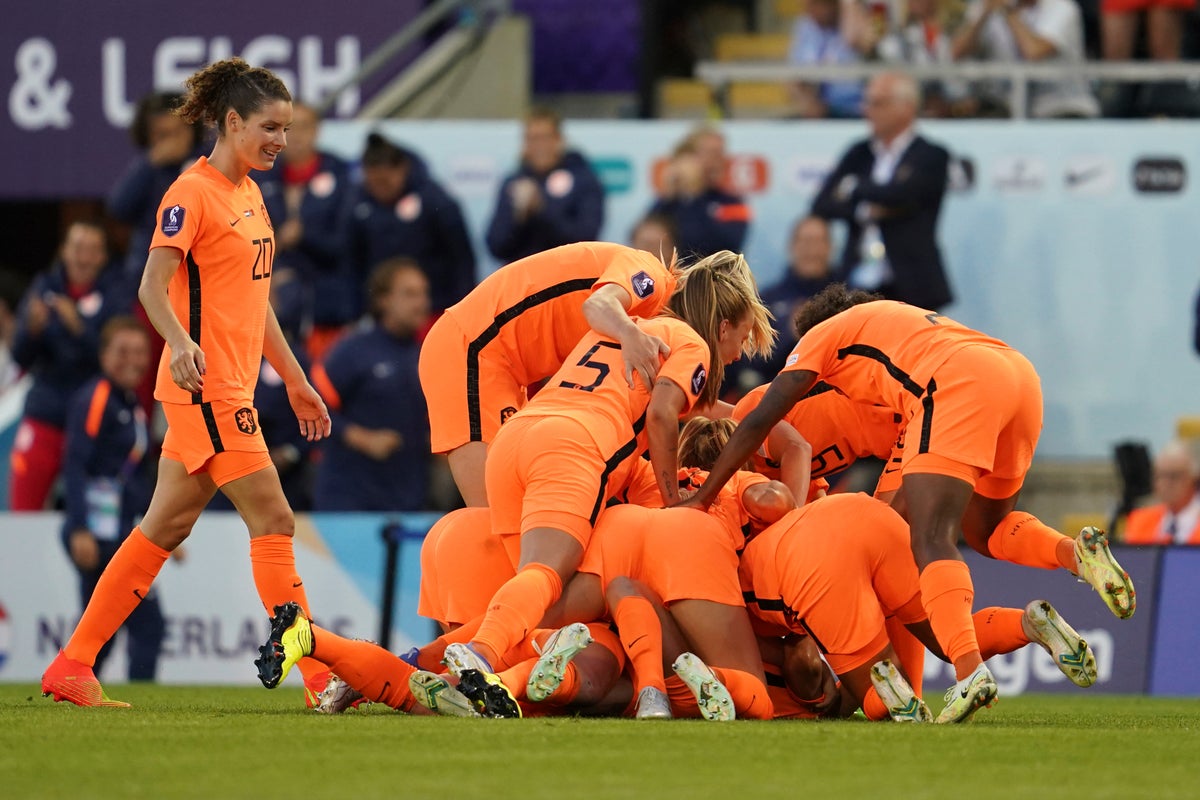 Van de Donk’s 20-yard thunderbolt in the 62nd minute will be one of the goals of the tournament, the showstopper in a riveting Group C match in which the Netherlands secured a 3-2 win at Leigh Sports Village.

The Netherlands, who drew their opening game against Sweden last weekend, were initially in the lead and went 2-0 up in the seventh and 17th minutes with headers from Damaris Egurrola and Stefanie van der Gragt.

Two goals down on the draw with Switzerland, Portugal were back in action as Carole Costa’s penalty and Diana Silva’s header equalized on both sides of the half.

But Van de Donk had the last word in the end, with the defending champions level with Sweden on four points while Portugal sit next to Switzerland by one point.

On the day she earned her 146th cap to become Portugal’s all-time cap, Ana Borges scored home but the celebrations were immediately cut short by an early offside.

Instead, Portugal found themselves in a familiar position after two early goals when a corner hit the near post and Egurrola headed into the far corner.

Portugal were again thwarted from a set piece as another corner was only half cleared, with Lieke Martens’ shot deflected into Van der Gragt’s run, which swept past Ines Pereira.

Van der Gragt required treatment on her nose after being accidentally kicked in the face by Catarina Amado and subsequently receiving a yellow card, but the Netherlands defender was cleared to continue.

An unmarked Van de Donk saw her side volley drift wide as Costa cleared the line as the one-way traffic continued, but soon after Portugal received a lifeline.

Diana dove past Dominique Janssen in the box before stumbling over and a lengthy check by the video assistant referee showed the Portuguese striker had suffered a crucial blow to her rear ankle.

Carole’s 38th-minute penalty was spot-on and unsettled the Dutch, who were sluggish at the start of the second half, while Daphne van Domselaar brilliantly got past Tatiana Pinto’s header.

With the corner cleared, the Netherlands defenders were still out of position and Carole’s cross from the right allowed Diana to break in ahead of Van der Gragt and level Portugal after 47 minutes.

Jill Roord appeared to have restored Holland’s lead just minutes later after slamming deep into the net, but VAR ruled out the goal for the narrowest of offsides.

The Netherlands were undeniable as they reclaimed the lead in some style, with Van de Donk’s curling attempt from just outside the box sailing into the top corner despite Ines’ stretched jump.

The Netherlands, despite some nervous moments in the final stages, held on plus five minutes of extra time to get into the tournament’s winning column.

I had to leave Celtic for my career, says Lee O’Connor