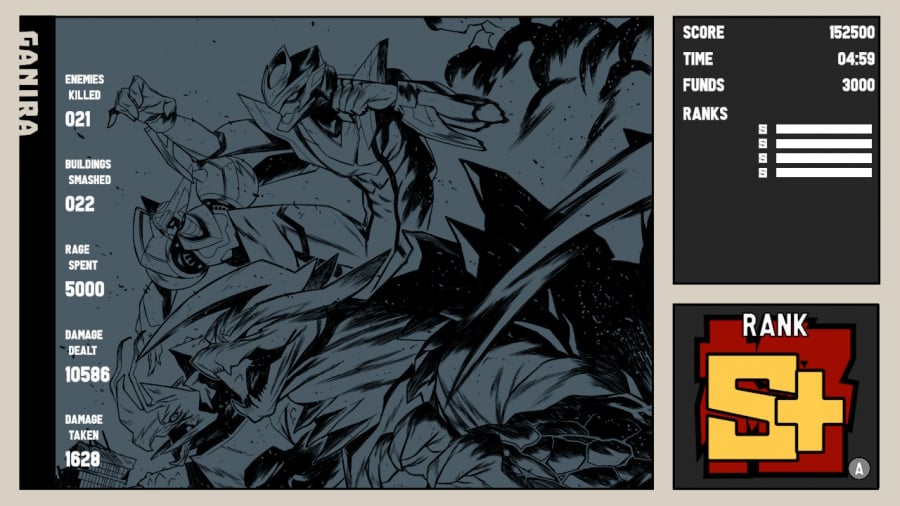 A belt scroller featuring kaiju and a giant tokosatsu-style mecha isn’t exactly an original idea. SNK’s not-so-great King of the Monsters series got there first, but here’s the scoop – Dawn of the Monsters does it better, with a game that makes you feel five hundred feet tall. And scaly. And basically a big lizard. Not in some weird David Icke conspiracy form, just… in the game.

WayForward posted this one – you know, that shantae a lot – and we have to say, it’s reminiscent of their rather underrated ones Godzilla rule, a GBA title that pitted a group of licensed Toho-Kaiju in large-scale feuds in a small but dominant (hence the title) manner. So in a sense, Dawn of the Monsters is a spiritual sequel, but developed by 13AM Games of Runbow; There is no need to panic, however, as these developers clearly know their kaiju. Forgiveness, Nephilim.

Yes, the monsters here are known as Nephilim, a term more commonly used in games to mean “fallen angels,” though it can also mean “giants,” meaning here for the monstrous (and playable) ones like Megadon and Ganira makes more sense. as well as the hulking mecha Aegis Prime and Tempest Galahad – names that remind us of Pacific Rim’s Gypsy Danger, we think. And the whole thing has some Pacific Rim vibes, which has to do with an art style said to be inspired by Mike Mignola, who created it hellboy, which was filmed by Guillermo Del Toro, who also directed Pacific Rim. It’s all connected, baby!

The game! To the right. As mentioned, it’s a Streets of Rage 4-esque side-scrolling beat-’em-up, but it offers a different tone and feel. Since two-player co-op is available, each monster and/or mecha has different strengths and weaknesses that can complement each other. The game can of course be played solo – and it’s still fun to play that way – but the best experience comes when you team up with a buddy and help each other out to fill in the gaps that some players have in their arsenal find, or vital signs.

The meat-and-potato brawling is effective and satisfying, although we feel it lacks a bit of “crunch” at times – a Je ne sais quoi that belt scrollers can offer. The regular moves and combos are effective and chain well together, but the rigged-looking animation can feel a bit cheap, which takes some of the shine out of things. Thankfully, the executions have a more pleasant, instinctive feel, activated by pressing “B” when an enemy becomes weak enough and, for example, seeing Megadon literally rip an enemy’s head off, which he can then use as a club or projectile . In a broader sense, you can also uproot buildings and whack enemies with them. This is of course amazing.

In addition to this environmental action, you have a rage meter that fills up as you attack enemies, allowing you to unleash various devastating abilities by spending your rage points. They can also parry enemy attacks and counter them with a powerful punch. As a last resort, you also have a screenless Cataclysm attack, which you trigger with “L” and “R” after accumulating enough Rage.

Like most brawlers, it can get repetitive at times, but with Dawn of the Monsters we found it a bit more problematic than some of its contemporaries; Many of the stages are nearly identical, but they don’t top their welcome, and the extensive customization system between stages means you can play around with each character’s build, giving them a range of special abilities – “augments” – to enhance them Energy. After each mission you have a choice of two, and better performance by you means better augments. This system makes the process pleasantly varied and rewarding, and it helps to think of the game as a series of arenas that you’re thrown into to showcase your work in the lab.

There’s a lot of story and character here, and many players will be amazed by the extensive lore that has infused the world of Dawn of the Monsters. Personally, we didn’t find it particularly fascinating, but we appreciate the effort that clearly went into it. With tons to dig up, this is the rare brawler that remembers offering both single-player action and multiplayer.

Dawn of the Monsters stumbles into some of the more common pitfalls of belt-scrolling fighters, but it has enough flair, polish, and suspense to be a more than worthy offering, especially when played in couch co-op with a friend. We wish there were a few more playable creatures, but the ones featured here are all very different and tremendously fun to play with. It’s an extremely rewarding game, with higher ranks unlocking new skins and upgrades from the in-game shop (don’t worry, there are no microtransactions here) that provide an incentive to keep playing – although the real reason you’re playing Dawn of the Monsters is that it’s quite simply very good. While there are a few issues, they’re nothing that’s going to stop you from having loads of fun with this Brobdingnagian beat ’em up.

Will there be a sequel to Horizon Forbidden West? The game’s creative director seems to think so, anyway