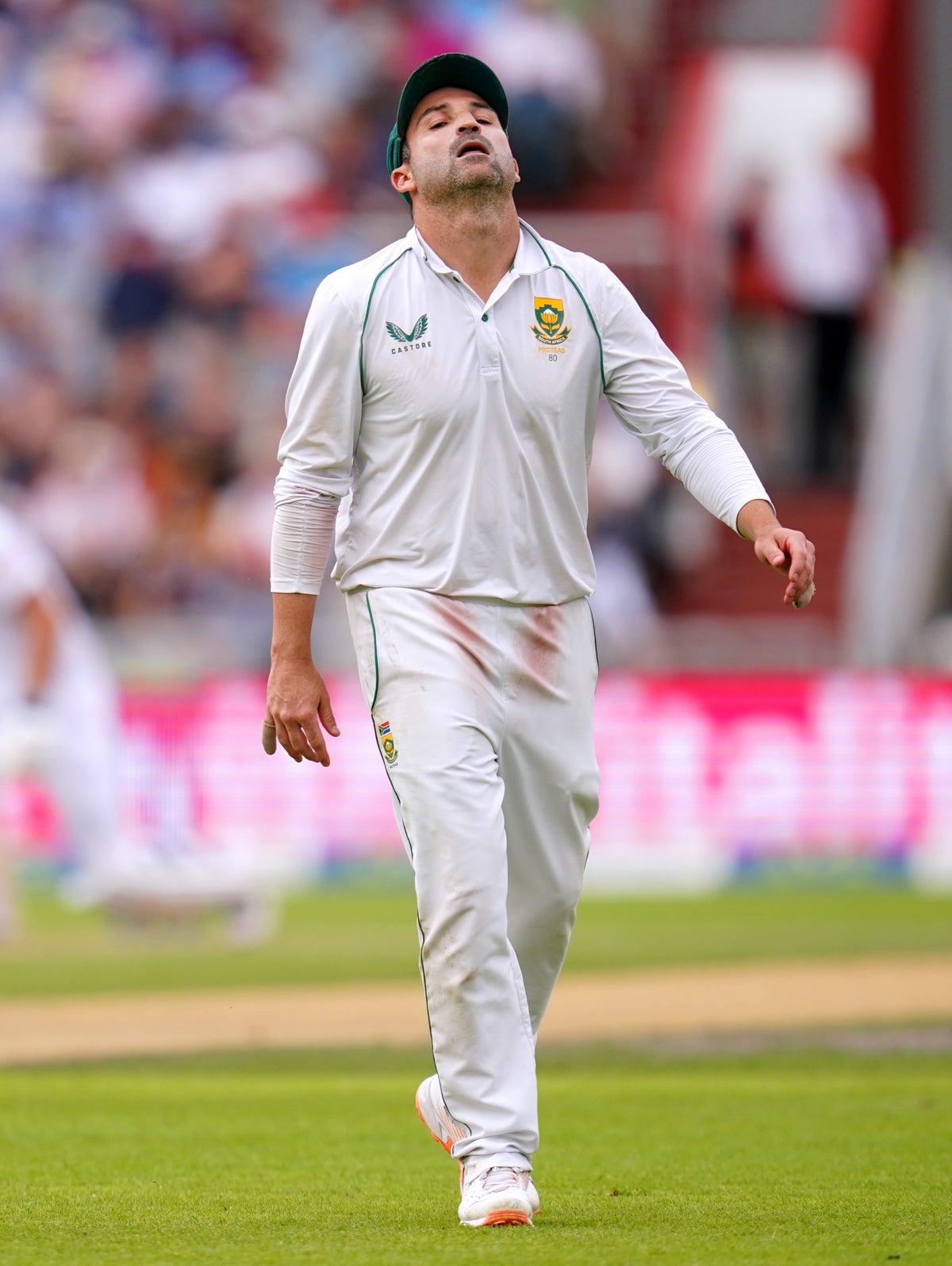 Dean Elgar has asked for more from a misfiring middle class but insisted there will be no overreaction in South Africa’s ranks despite a heavy defeat by England.

The tone for the second LV= Insurance Test was set on opening morning when South Africa opted to bat first under a dismal sky at Emirates Old Trafford, only to bowl for a paltry 151.

England went on to record an innings-and-85-run win in three days, with only Keegan Petersen and Rassie van der Dussen putting up resistance for the Proteas, who had bet to 179 on their second dig.

While Elgar demanded more power from his racquets, the South African captain insisted they quickly regroup ahead of the series decider at the Kia Oval in two weeks’ time.

“The bottom line is that we need runs from the middle order and that’s pretty much letting us down at the moment,” said Elgar. “As much as guys don’t want to hear it, I think they already know that.

“I don’t want to treat a guy like a school kid, it’s definitely not my style because I wouldn’t have liked that as a younger player, but we’ll definitely have some conversations.

“Sometimes you can panic when things like this happen. Me and the coach (Mark Boucher) are definitely not the type to panic. We know we’re still a good team.

“Let’s not forget why we’re here. We’re here to win a Test series and we’re in a great position to win another Test series. We will clear our minds, let the dust settle and focus on the third test.”

Petersen and Van der Dussen sat 87 for the fourth wicket in 43 overs to stop their opponents’ winning streak on Saturday afternoon, but England captain Ben Stokes removed both batsmen before South Africa lost their last five wickets for seven runs in the span of just 30 deliveries.

While Petersen made 159 balls in his 42, Van der Dussen, who made 41 of 132 deliveries, went out to bat despite sustaining a fracture to his left index finger, sustained on day one.

He will ultimately miss the series finale in London, where the South African signs all-rounder Wiaan Mulder, but the determination Van der Dussen showed drew an appreciative nod from Elgar.

“It’s hard enough to do with 10 fingers, let alone nine,” Elgar said. “I thought it was a brave try.

“We always knew it was going to be hard work for us to draw level with them and he showed a lot of assertiveness, to be honest, a lot of character and a lot of tenacity. I take my hat off to him.”

Energy crisis: Customers won't be unplugged, but cold comfort when inflation picks up