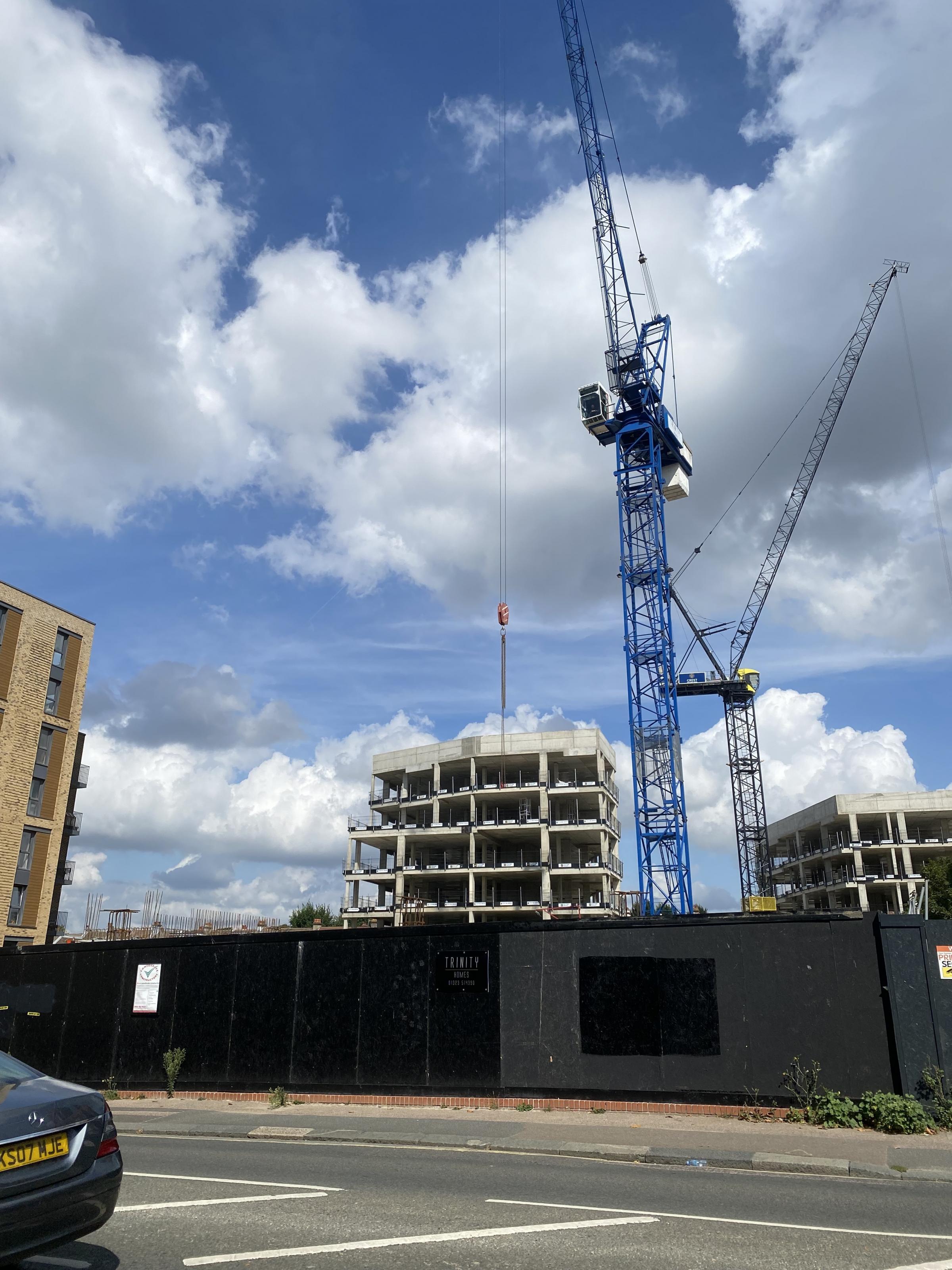 A DEVELOPER is asking councilors to relax the stringent environmental requirements needed for offices on the ground floor of an eight-storey block of flats being built in Hove.

Martin Homes, who has taken on the project since planning permission was granted more than three years ago, is calling for more realistic certification for the offices.

Work is underway on the building on a plot of land in Davigdor Road, Hove, which is almost half an acre in size. It was formerly the site of the local offices of the Hyde Housing Association.

The property sits between the new Artisan Apartments on the corner of Lyon Close and the P&H House, the former headquarters of collapsed grocery wholesaler Palmer and Harvey.

The ground floor offices are being built after global conferences company Imex announced it is outgrowing its current premises in the Agora building in Ellen Street, Hove.

The latest application said the ground floor offices on Davigdor Road would be structured like a hollow shell – and that adding the measures needed for a higher sustainability rating would entail additional costs with no benefit.

“And the added complication of needing recycled aggregate from close to the site, within budget and in accordance with required UK standards, is incredibly challenging… It’s important to aim for realistic credits.”

Brighton and Hove City Council planning officials support the proposal and have asked councilors to sign off on the amendment at a planning committee meeting next week.

If the committee agrees, the conditions attached to the building permit will be amended to require a BREEAM rating of ‘very good’ instead of ‘excellent’.

BREEAM is the Building Research Establishment’s widely recognized environmental assessment methodology for assessing the sustainability of buildings, including in relation to energy, materials, waste, pollution and water.

The request to change plans was made on behalf of former owner Withdean Commercial Property, run by Imex bosses Ray Bloom, 76, and Carina Bauer, 45.

Work is underway on the site, which Hyde has sold to Withdean Commercial Property for £5.1million, with planning permission for 68 apartments.

But agreements over the site have resulted in revised plans – and a more modest plan has now received planning permission, with 52 apartments currently under construction.

Imex wanted new premises, hoping to create up to 30 jobs in addition to the 60 employees who were already working for the company when planning permission was granted in 2019.

Meanwhile, Withdean Commercial Property has sold the site to Martin Homes for an undisclosed sum, although Imex is reportedly still looking to move into the ground floor office space.

The Council Planning Committee is due to meet next Wednesday (7 September) at 2pm in Hove Town Hall. The meeting will be webcast on the Council’s website.

Ireland’s equestrian industry is demanding more money from the government, citing the Russian invasion of Ukraine

US is training Ukrainian troops in Poland, Biden seems to reveal

The world is waiting for Putin’s words on Ukraine, but on that he is silent