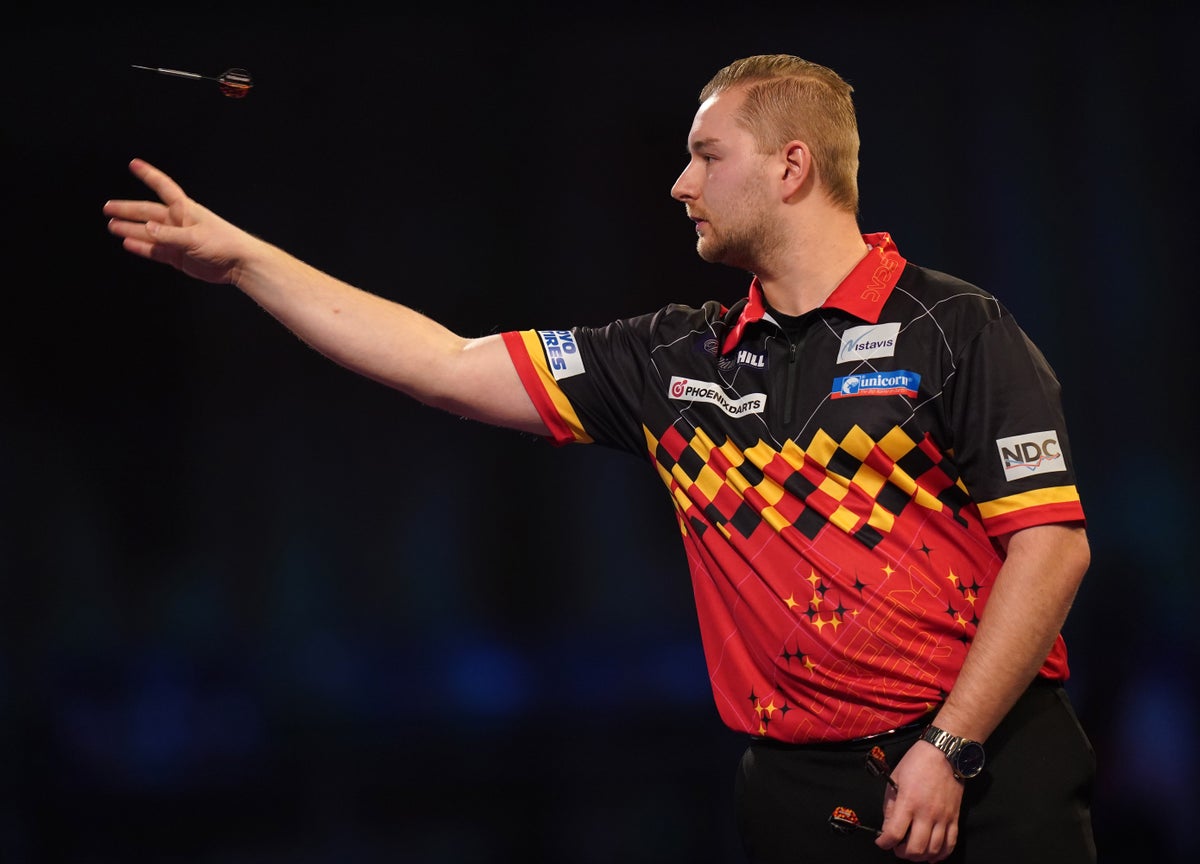 2020 Blackpool champions Van Den Bergh prevailed 16-14 in a Winter Gardens classic to knock out world no. 1 in the quarter-finals.

The two players are great friends and Van Den Bergh stayed at Wright’s family home in Suffolk as darts went into hibernation in 2020 due to the coronavirus pandemic.

But there was little friendship at the oche as ‘Snakebite’ sprinted 5-1 up after the Belgian hit the first of 11 180s in a winning first leg.

Van Den Bergh has turned the tide in incredible fashion by winning 10 consecutive legs against the reigning world champion.

However, Wright, sporting a green mohawk, refused to give up and reduced the deficit to 12-7.

The Scot then won six legs after the jump to retake the lead but Van Den Bergh regained his composure and reached his third straight World Matchplay semi-final.

“I didn’t know what to do,” Van Den Bergh told Sky Sports after falling to his knees in the win.

“I was 5-1 down and thought it was going to be a repeat of last year’s final.

“But all of a sudden I was back in the game… and now I’m in the semifinals.”

In the early stages, the competition was a much quieter affair than the fireworks that preceded it, as two-time champion Van Gerwen produced some reckless finishings.

Fourth seeded Van Gerwen extended his lead to 11-4 before Stockport pitcher Aspinall made a wild comeback.

Aspinall hit a brilliant 164 checkout and won another leg with a bullseye finish as the gap was reduced to just one.

But Van Gerwen, who had missed three match darts in the previous leg while being booed all over the Winter Gardens, kept his cool and secured victory with a great 146 finish.