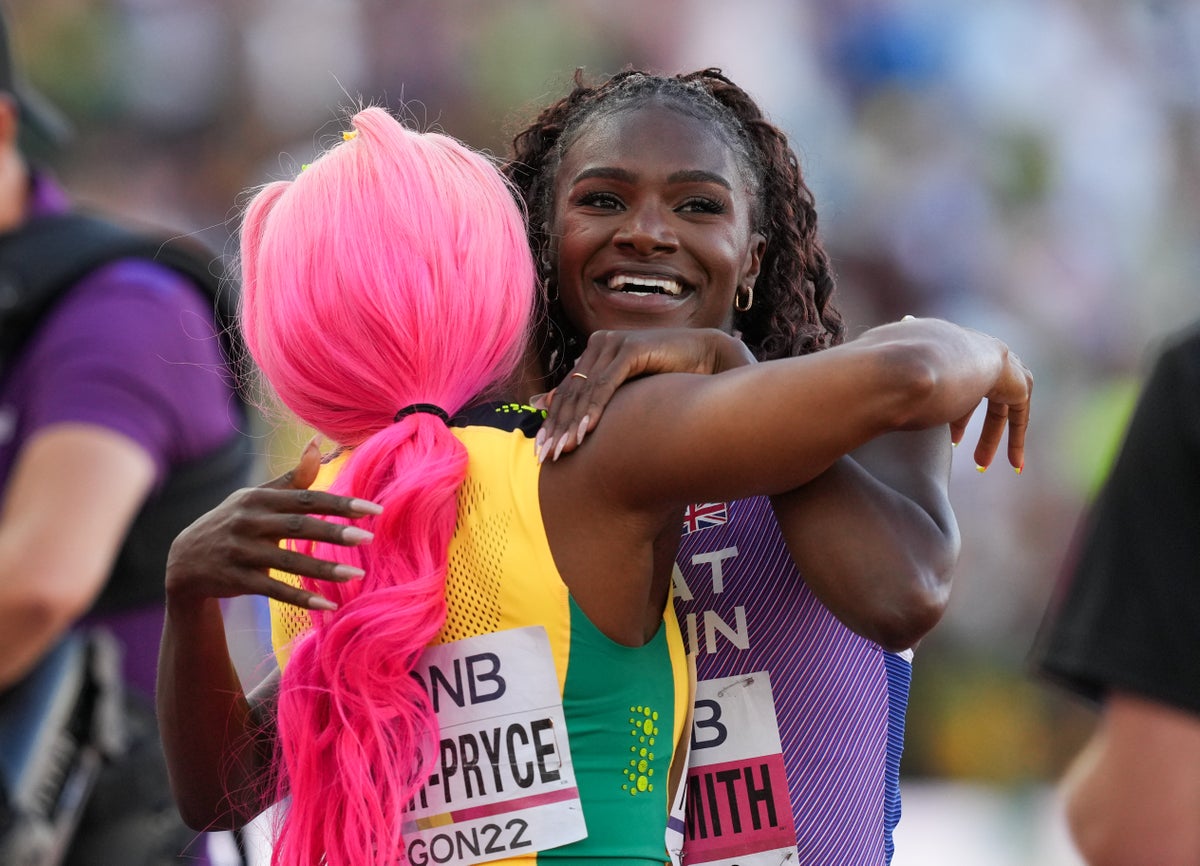 Defending champion Dina Asher-Smith won bronze in the 200m at the World Championships.

The 26-year-old lost the title she won three years ago to overwhelming favorite Shericka Jackson.

Jackson’s 21.45 seconds was a personal best and championship record and added to her 100m silver, with Shelly-Ann Fraser-Pryce finishing second.

Asher-Smith had already matched her British record of 10.83 seconds when she finished an agonizing fourth in Sunday’s 100m final as Jamaica – led by Fraser-Pryce – clinched a clean victory.

She had always said she was in better shape than her pre-championship form suggested after losing the British 100m title to Daryll Neita in Manchester last month.

She started well on Thursday in Eugene, beating Nigerian Aminatou Seyni and American Abby Steiner to secure her podium finish.

Asher-Smith said after the race: “I’m so happy. The caliber of this final was insane. All of these women are capable of running under 22 and I don’t think we’ve ever been to a world final with that talent.

“I knew for myself that I just had to run as fast as my legs would take me and really pray and hope that it would be enough for the podium. I’m so happy I got it.

“I thought I got it but I thought just let me see it in writing, there’s nothing more embarrassing than celebrating without seeing it in writing.”

Asher-Smith is now running in the 4x100m relay with the final on Saturday.

Get €40 FREE BET with Paddy Power