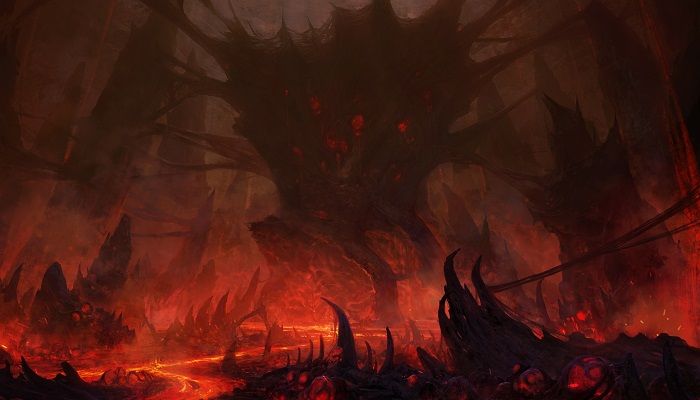 For those expecting the release next month Diablo immortalthere is a new zone preview showcasing the realm of damnation.

With Diablo immortal put in between Diablo II and Diablo III, This might give you an idea of ​​where things are taking place and what’s at stake. Narrative designer Ryan Quinn introduces us to the Doomed Realm, which he describes as “a demon lord’s personal hell,” which probably sounds like a place you’d want to know more about if you’re interested in Diablo.

After completing the introductory quests and the frozen tundra, you will begin to follow Skarn to find out more about his plans. You begin in the dense dark forest of squalor where you must fight demons who failed at Skarn and deserved his punishment by twisting them into pieces of realms like the gnarled Pawns you will encounter.

Survive the forest and you’ll find yourself in The Last Vestige, a camp set up by captured angelic guardians led by a powerful warlord who has been fighting the demons for ages and could use some help. Guess who has the opportunity to help the leader Verathiel and maybe get some allies down there.

Skarn searches for the Worldstone that was corrupted and destroyed by Archangel Tyrael at the end Diablo II Tyrael was gone, and so was the Stone, but perhaps not for much longer with Skarn and his mysterious followers.

The preview gives just enough taste of the pursuit of skarn and a taste of what awaits us in this zone of the realm. Previews on the devblog include audio clips, “Sounds of the Realm,” which feature the theme music track, “Realm of Damnation,” with its spooky timbre and slowly dissipating atmosphere. There are also voice acting clips for Skarn (Steve Blum), Verathiel (Kimberly Brooks) and The Old Growth, a danger in the woods not to be underestimated.

Read the full devblog over at Diablo immortal.

https://www.mmorpg.com/news/discover-the-realm-of-damnation-in-this-diablo-immortal-devblog-2000124999 Discover the Realm of Doom in this Diablo Immortal devblog