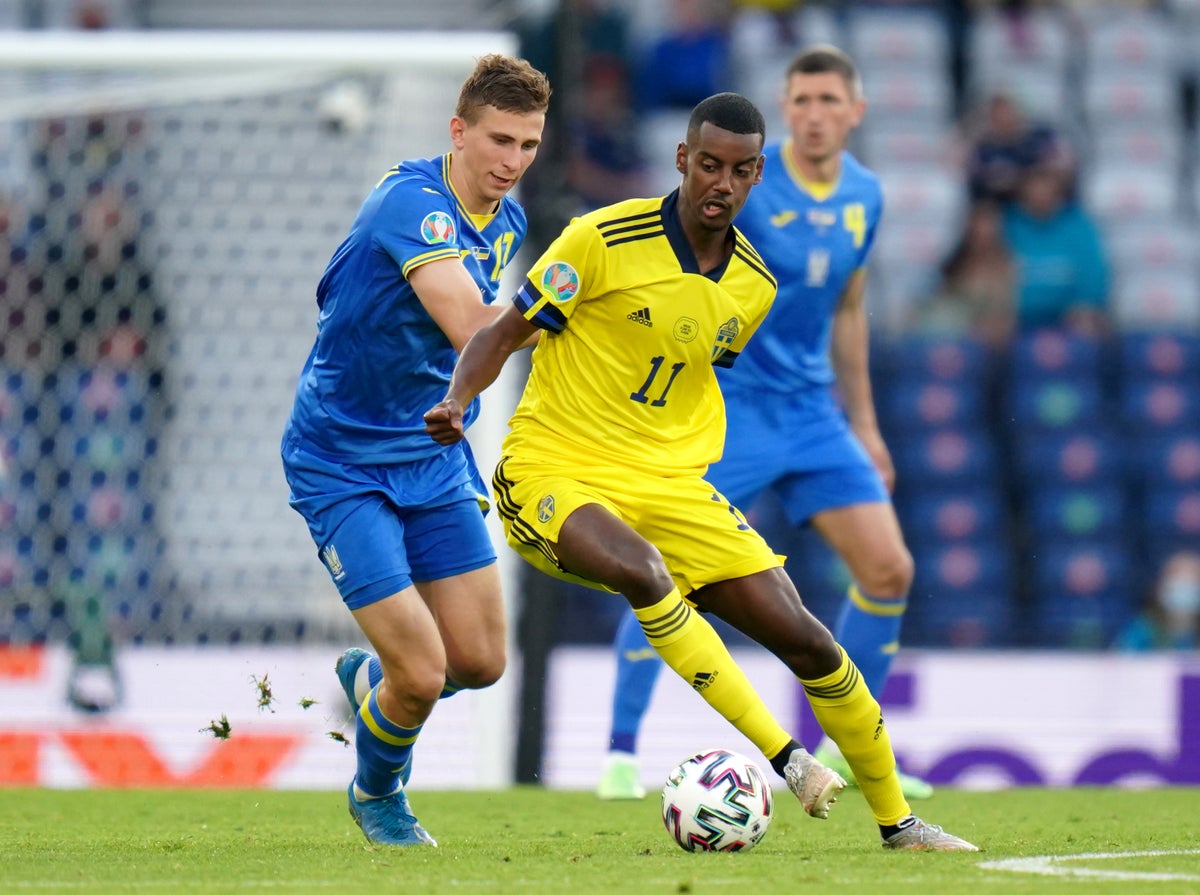 Eddie Howe is hoping Alexander Isak will add ‘the X factor’ to his team after Newcastle broke his club’s transfer fee record to sign the Sweden international.

The 22-year-old Real Sociedad frontman completed a move expected to be worth around £58million on Friday afternoon as he penned a long-term deal.

His fee easily exceeds the £40m the Magpies paid for Brazilian Joelinton in the summer of 2019, taking the club’s spend to around £210m in the two transfer windows since being taken over by Amanda Staveley’s consortium.

Isak, who has won 37 senior caps, said: “I’m delighted it’s here. It was a big, big decision for me, but it’s a decision I’m really happy with.

“It’s a great, historic club that I think everyone would love to play for, with great fans. They were a big part of why I came here – and also the club’s project, which I really believe in.

“You always want to go into a team and know how they play. I think Newcastle play very attractive football and I want to be a part of that.”

The Stockholm-born, 6’4″ forward, who is said to have signed a six-year contract, started his career at AIK Solna before joining German club Borussia Dortmund and then, after a loan spell in Holland at Willem II, LaLiga club Socialize .

He is the Magpies’ fourth summer win after Matt Targett, Nick Pope and Sven Botman, and his arrival marks a major breakthrough for the Magpies’ recruiting team, who have been looking for offensive reinforcements throughout the summer.

Their task became all the more pressing last weekend when top scorer Callum Wilson was eliminated in the 3-3 Premier League draw at champions Manchester City, and head coach Eddie Howe is likely to throw him straight into the squad for Sunday’s game against Wolves.

Howe said: “I am delighted that Alexander has chosen to join us. He’s an outstanding talent capable of making a huge contribution to the team.

“He’s very good technically, with a mix of attributes that will complement us, but he’s also at a great age to grow with this club.

“I would like to thank the owners of the club and the transfer committee for bringing Alexander to Newcastle. We are all delighted to have him on board.”

Confirmation of Isak’s signing came after Howe held his pre-match press conference on Friday morning, but while keeping his fingers crossed, the former Bournemouth manager was delighted at the opportunity to work with the Swede.

Howe said: “He’ll add his qualities – he’s got pace, technical ability, dribbling ability, he’s got a bit of the X factor about him.

“He’s a bit different and I think he’s capable of scoring goals.”

Wilson, meanwhile, has been on the sidelines for a while and while Howe has insisted his injury is not serious, he admits the situation has made the pursuit of Isak more urgent.

He said: “Obviously with Callum’s injury – which we don’t think is serious by the way, we hope Callum will only be out for a couple of weeks – but we’ve obviously strayed a bit from that. We’ve always looked for attacking players but that maybe is our focus something changed on the type.”

Howe also confirmed the club are in talks with Manchester United over goalkeeper Martin Dubravka, who has been ousted as number one by summer-signed Nick Pope, but revealed he is not in the mood for the Slovakia international to leave to let.

He said: “There have been contacts between the clubs but that will likely continue as the talks have been.

“But in terms of the actual bottom line, I’m very reluctant to lose key players to the group, so it’s a decision that’s really out of my hands.”

Brighton accept they broke FA rules on transfers and contracts