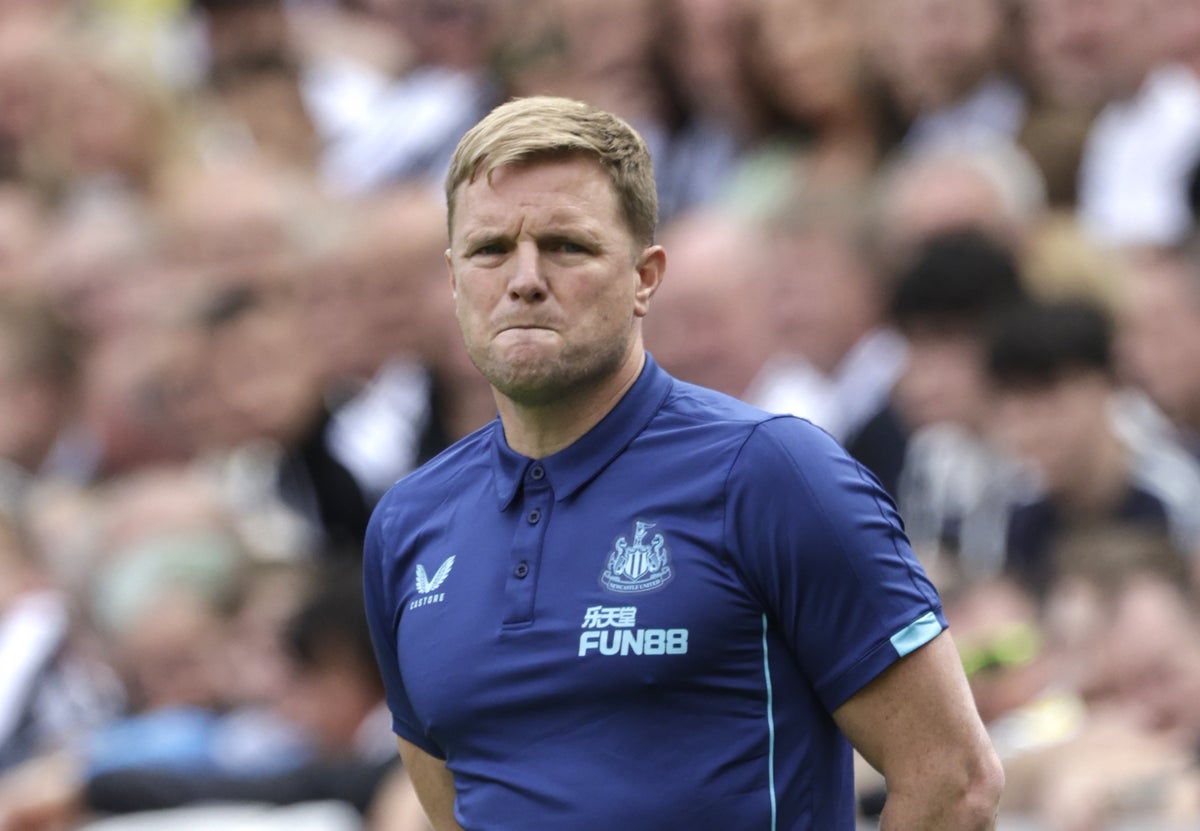 Newcastle manager Eddie Howe will not allow his players to be weighed down by expectations.

The Magpies have thrust themselves into the limelight since the club’s new Saudi-backed owners bought out Mike Ashley, with almost £210million invested in the squad in just two transfer windows.

As a result, the club’s supporters are dreaming of a return to the days of Kevin Keegan and Sir Bobby Robson when the Magpies fought for honor, although Howe won’t put that hope into additional pressure on his team.

Speaking after Saturday’s 0-0 home game against Crystal Palace, Howe said: “I’m sure expectations were raised, although certainly not by me or anyone internally linked.

“We’ve just tried to run our business in a way that we believe will benefit the team and make the team better.

“Obviously when you sign players for transfer fees it creates excitement and excitement, and rightly so. But we just have to create an environment where the players are able to perform and do their best with as little pressure as possible.”

That may be easier said than done with the arrival of Nick Pope, Matt Targett, Sven Botman and record-breaking new signing Alexander Isak this summer after Kieran Trippier, Dan Burn, Bruno Guimaraes and Chris Wood left for Tyneside in January.

An opening-day win over newly promoted Nottingham Forest and a thrilling 3-3 draw against champions Manchester City lifted spirits, and Newcastle were unlucky enough to leave Liverpool on Wednesday night without winning after Fabio Carvalho’s win in the 98th minute. minute to show.

However, Saturday’s stalemate, which saw Isak miss a golden opportunity to win, left Howe’s side without a win since the first weekend of the season.

When asked how he assessed the start, the head coach said: “I’m not happy with it. I want more points, I want to win every game.

“There’s always swings and roundabouts, it never always goes for you, but we should have gotten something from Liverpool. There are more points we left out, but it’s up to us to improve on those slight margins.”

Palace manager Patrick Vieira was happy with a point at St James’ Park against a side he expects will fight for European places, but admitted it was a frustrating afternoon for his frontmen and Wilfried Zaha in particular had been.

Vieira said: “He was frustrated from start to finish. When you play up front there was a lot of frustration because it was difficult to find them. We didn’t play well enough to find our front three. That was one of the reasons Wilfried was frustrated.

“But it’s not about the individual, it’s about the collective. We have to think about the fact that we didn’t play well enough to find him faster. At the same time, yes, he has to accept that under pressure it’s always difficult to find our front players.”

Nathan Crumpton is the new shirtless athlete, the Inaugural Athlete