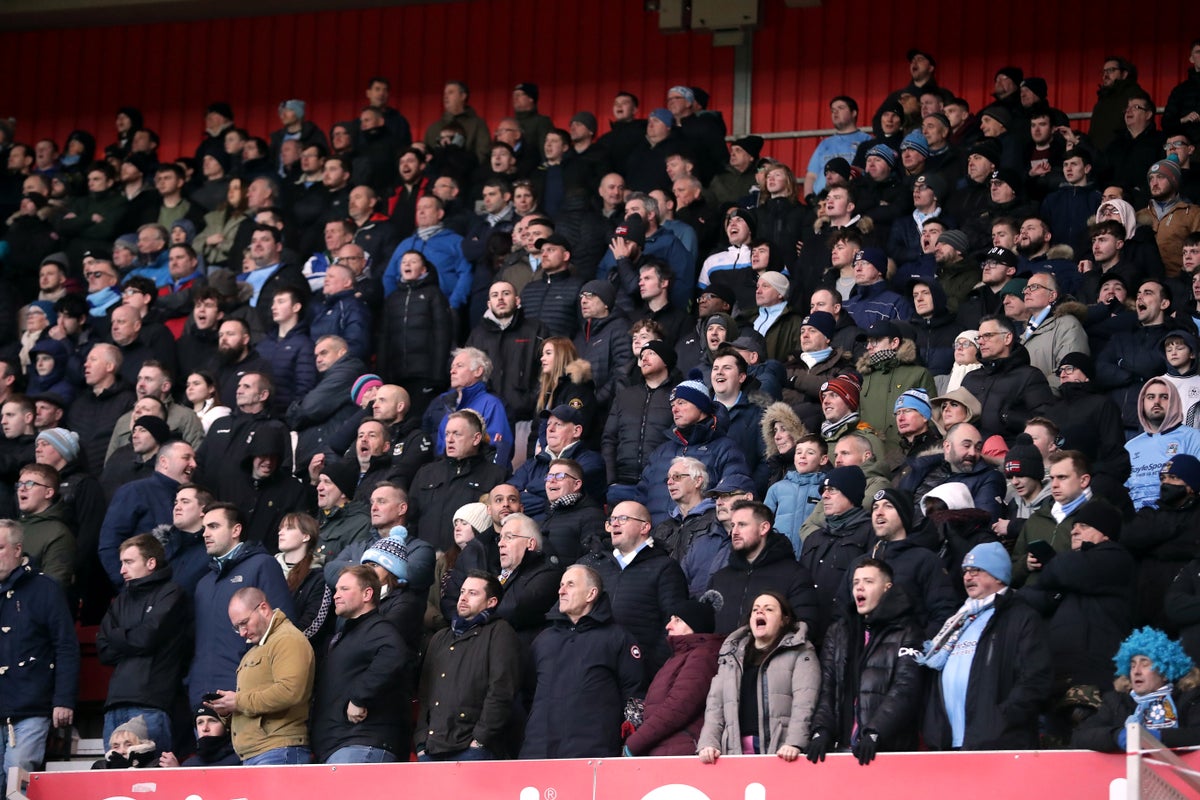 The English Football League has announced its teams will return to action on Tuesday night following the Queen’s death.

The league’s weekend program has been postponed out of respect, but midweek games scheduled for Tuesday and Wednesday are to go ahead, with tribute to the Queen set to take place at games across the country.

“A minute’s silence will be observed before matches, with participants wearing black armbands, flags flown at half-mast and the national anthem played in stadiums,” an EFL statement said.

“With a national policing plan now in place, the league and clubs will continue to work with forces to deal with any challenges that may arise in policing specific games.

“Consideration of individual circumstances is provided on a case-by-case basis in accordance with standard Match Safety Advisory Group (SAG) protocols.”

All midweek EFL games are understood to go ahead as planned, including those in London.

However, it is not yet certain if all Premier League or EFL games will go ahead as planned over the weekend as police resources are being stretched by the Queen’s state funeral, which is due to take place next Monday.

Sports federations met with the government again on Monday to discuss planning for this weekend’s events.

Rangers’ Champions League game against Napoli has been postponed by one day to Wednesday 14 September due to “severe limitations on police resources and organizational problems”.

According to Uefa, away fans will therefore not be admitted to either game between the two clubs “out of sporting fairness”.

The Football Association of Wales said all of its competitions can resume from Tuesday.

In London, Tottenham meet Leicester on Saturday night, while Brentford play Arsenal and Chelsea meet Liverpool at home on Sunday.

“We will work with football clubs to ensure football matches can take place safely where possible, when balanced against the requirement to support national events and carry out day-to-day policing,” the Council of National Police Chiefs said in a statement.

All six Gallagher Premiership games next weekend will go ahead as scheduled unless there is a government directive.

The opening round of Premiership games took place this weekend, although the two games were moved from Friday to Saturday and Sunday.

“As a mark of respect to Her Majesty Queen Elizabeth II, the Betfred Super League Awards, which were due to be held at Headingley Stadium on the evening of Monday 19 September, will now be held on Tuesday 20th,” it said in a statement .

The County Championship games starting on Monday, the English women’s ODI games on Tuesday, Thursday and the weekend and the Royal London Cup on Saturday will all take place, according to the PA.

Many other sporting events took place over the weekend, giving spectators and participants a chance to pay their respects.

During the friendly between England and South Africa at the Kia Oval, the players wore black armbands and ‘God save the King’ was played.

There were also tributes before the Super League Play-Off Eliminator between Huddersfield and Salford and Gallagher Premiership games.

Britain’s horse racing authorities confirmed on Saturday night that meetings in Hamilton, Leicester, Warwick and Wolverhampton scheduled for September 19 would be canceled as a show of respect.

https://www.independent.co.uk/sport/football/football-league-fixtures-tuesday-wednesday-queen-b2165256.html EFL games will be played on Tuesday and Wednesday as scheduled

Land for the horse, the plow, and the cow in Kildare and Wicklow

Why Neal Maupay was in the Brighton squad at West Ham

Usyk vs. Joshua 2 LIVE: stream, latest updates and how to watch tonight’s fight