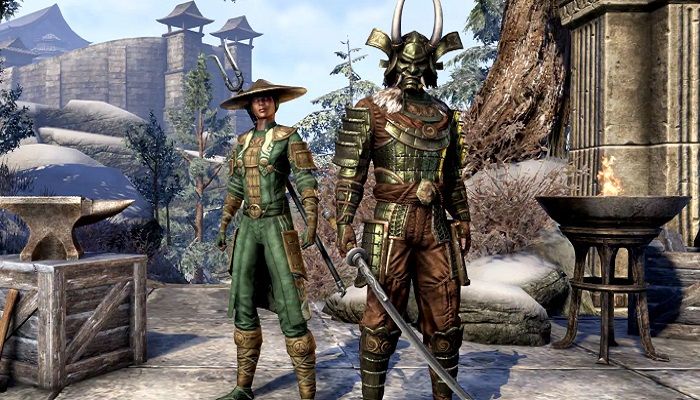 Elder Scrolls Online is one of the most popular MMORPGs out there today, but despite its high popularity, it may surprise many players to find out that their backend hardware isn’t the best. Developers have been planning a server hardware update for over a year, and recently ESO Studio Director Matt Firor took to the forums to let players know how the migration went.

There are many MMOs that have been around for decades at this point Elder Scrolls Online Hasn’t quite reached its 10th anniversary yet, that doesn’t mean their data center hardware isn’t celebrating its 10th anniversary. Game Director Matt Fior’s latest post notifies players of the hardware upgrade they originally mentioned over a year ago. The refreshed hardware came in response to multiple service outages IT dealt with over the years.

We will be upgrading all data center hardware to ensure we have modern infrastructure and can support the game for many years to come. This isn’t new/more megaservers and probably won’t have a direct impact on performance, but will ensure that legacy hardware failures don’t happen.

The official post states that while gamers will not necessarily notice an increase in performance, Zenimax Online Studios will be able to provide a more resilient service. The updated hardware has been used on the PTS since Update 34 and Firor is happy to report that everything is running smoothly. They plan to roll out the hardware update to the rest of the NA data center on May 3rdapprox.

“In most cases we are still using server hardware from 2012 that needs to be updated before the components fail more often than they are. So we are literally swapping out (“renewing”) all the hardware in our two data centers.

This doesn’t result in a significant in-game performance gain, but overall a more reliable service that requires less unplanned maintenance.

This was originally scheduled for last year, but the pandemic has pushed back the deadlines as global shortages have made it difficult to acquire new hardware.

It’s worth noting that we installed and switched all the hardware for the PTS a few weeks ago prior to the U34 PTS update and we’re happy to report that it worked very smoothly. This was our main test case to ensure everything works as expected.”

What does that essentially mean for you as a player? Apart from fewer server issues, probably not much. There shouldn’t be any noticeable performance gains, but players no longer need to worry about unexpected downtimes affecting their gaming time. Currently, only NA servers will be part of the update, but Firor goes on to say that the EU data center is planned to be updated as soon as they are able to do so, but due to pandemic shortages there is no estimated update date at this time.

https://www.mmorpg.com/news/elder-scrolls-online-is-updating-their-na-datacenter-hardware-what-does-that-mean-for-you-2000124928 Elder Scrolls Online is upgrading its NA data center hardware, what does this mean for you?

The Wikimedia Foundation has stopped accepting donations in cryptocurrency

Save a third on this fast, high-resolution HP Omen gaming monitor

Epic Games may have announced that Uncharted: Legacy of Thieves is coming to PC this June