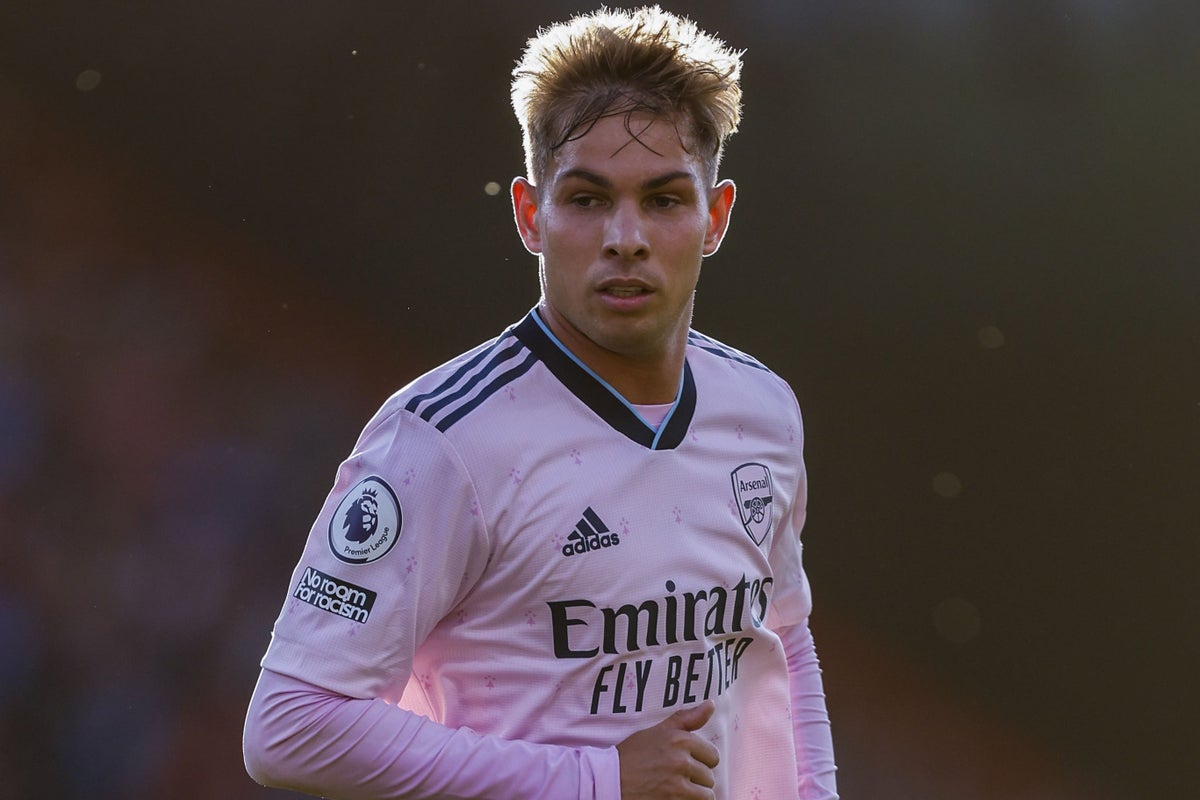 Arsenal striker Emile Smith Rowe has had surgery for a long-standing groin injury.

The 22-year-old has only played 48 minutes of football in four substitute appearances this season.

A nagging groin has been worrying the England international for some time and the Gunners announced on Thursday that Smith Rowe has now been on the touchline for over two months after being put under the knife.

“In recent months, Emile Smith Rowe has been experiencing discomfort in his groin area, which has limited his training and game appearances,” the club said in a statement.

“Following a significant setback in our Premier League game against Manchester United on September 4th at Old Trafford, and following further specialist consultation and discussions with our medical team, Emile underwent surgery to repair a damaged tendon in his groin.

“This successful operation took place in London in the last few days and Emile’s rehabilitation program is already underway. We hope that Emile will be back in full training in December.

“Everyone at the club will now support Emile and work hard to get him back on the pitch as soon as possible.”

Smith Rowe has three senior caps in England and scored his only goal in the 10-0 win over San Marino last year.

A combination of form and fitness meant he was highly unlikely to make Gareth Southgate’s 26-man World Cup squad for Qatar, but surgery has now dashed any remaining hopes.

https://www.independent.co.uk/sport/football/emile-smith-rowe-arsenal-england-san-marino-manchester-united-b2177941.html Emile Smith Rowe has opted to cast a spell on the sidelines after undergoing surgery for a groin problem