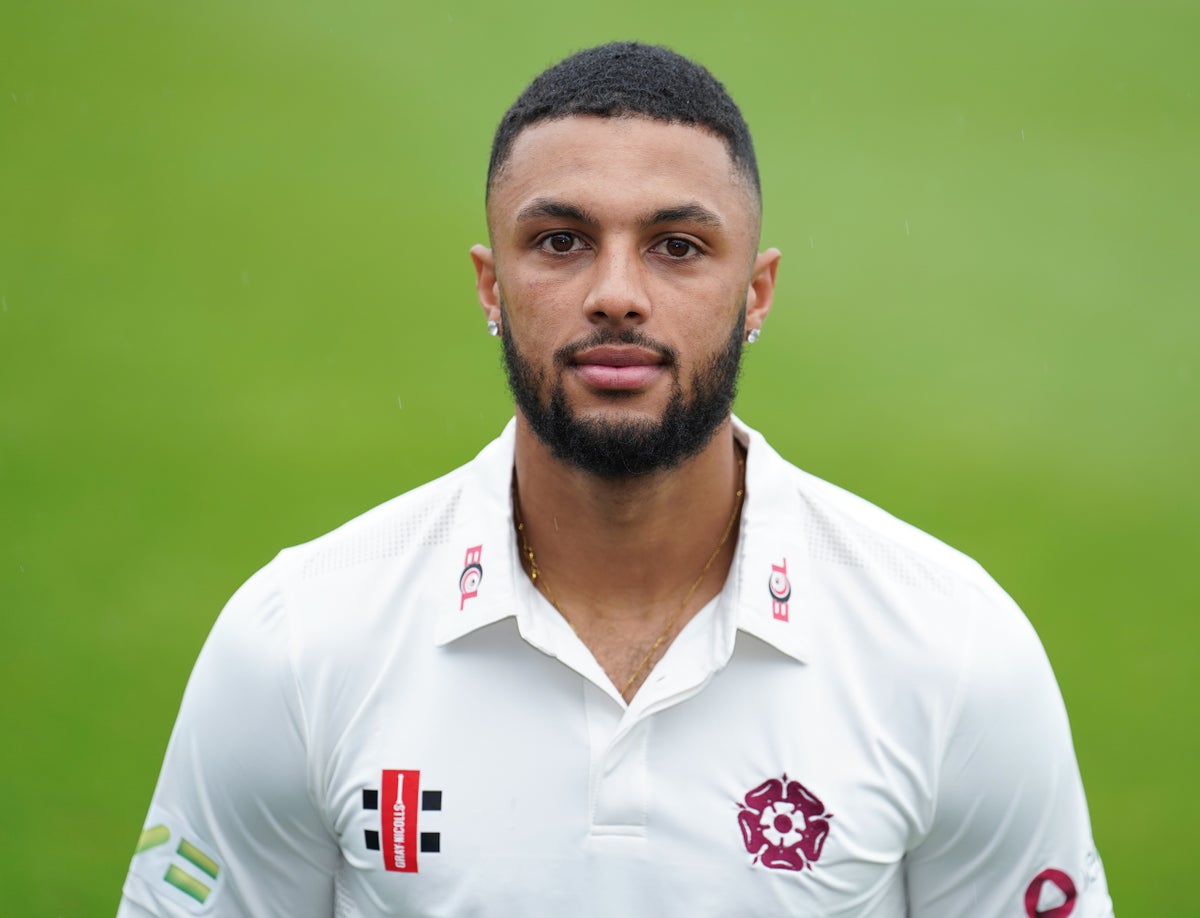 The death of Queen Elizabeth II last week was marked with a minute’s silence and the national anthem before it was played across the country.

Opening batter Gay was fantastic in his 145, his third first-class century and second of the season as he helped his side seamlessly score 249 for four after getting stuck in batting.

He was joined in a 77-run first-wicket partnership by Will Young and a 155-run fourth-wicket stand by Rob Keogh, with a wobble induced by Kemar Roach and Dan Worrall in between.

Keogh finished the day with an easy 75 that didn’t fail but was outshined by Gay’s personal best.

Sam Cook reached 200 first-class career wickets in a record-breaking fashion as Essex Yorkshire bowled for 134 in a bowler-friendly opening day at Headingley.

With an excellent three for 31 from 15 overs, the 25-year-old England Lions seaman became the first England bowler in more than half a century to top the double hundred with a sub-20 average.

Cook, whose 201 wickets totaled 19.56 each, scored a feat last saved by Derbyshire’s Alan Ward in 1971 and used helpful conditions to justify captain Tom Westley’s decision early in the 12th division one.

He was expertly assisted by Shane Snater’s three-pointer for 39, while Jamie Porter and Ben Allison each claimed two wickets as the hosts bowled just before tea, including George Hill’s best of 36.

Apart from the 3pm tea, no play was possible due to the rain as Essex’s innings did not start.

After deciding to hit on a slow, spinning field, the visitors closed at 182-eight, with Gregory unbeaten on 60 balls from 93, including four fours and four sixes after making an impressive recovery from a weak 82 to seven had monitored.

Somerset were in deep trouble after Mohammed Siraj came under the wickets on his Warwickshire debut, winning four for 54. But Gregory hit with great determination and Nous to add 58 with Josh Davey for the eighth wicket and an unbroken 42 with Sajid Khan for the ninth.

His work meant this crucial game between the two sides currently straddling the Division One relegation line ended an abbreviated first day when 40 overs were lost fairly evenly to rain and poor light.

Glamorgan bowler James Harris returned to haunt his former team-mates as he got his side back in contention on day one of their Division 2 clash with other Middlesex promotion contenders at Lord’s.

With Middlesex 90 for one in response to the visitors’ 214, Harris produced a burst of three for no runs in nine balls from the Nursery End, reducing the hosts to 92 for four and evoking memories of his all-time greatest spell of nine for 34 against Durham in the home of cricket in 2015.

Mark Stoneman witnessed the carnage from the other end to remain unbeaten at 72 with Middlesex 132 for four when poor light ended the game four overs before scheduled.

Previously, Chris Cooke was the mainstay of Glamorgan’s innings at 52, Ryan Higgins made four for 59 in his first game since returning to the county from Gloucestershire and John Simpson had five catches from behind the stumps.

Joe Leach took his 400th first-class wicket as Worcestershire dominated Sussex on day one at Hove to keep their slim hopes of promotion alive.

The Pears realistically need to win all three remaining Division Two games and put themselves in a strong position after sacking Sussex for 220, with Leach claiming four for 37.

This modest sum represented a rebound from Sussex, who was 23 for five years before being revived by Fynn Hudson-Prentice, James Coles and Jack Carson for half a century.

Leicestershire and Durham had the rare experience of being frustrated by the weather on day one at the Uptonsteel County Ground.

Just 22 overs were possible before rain forced players off the field for an early lunch just after midday, with Leicestershire 97 for two, debutant Sol Budinger not out on 63 – despite having to change his racquet after Ben Raine knocked out a chunk with the first ball of the day.