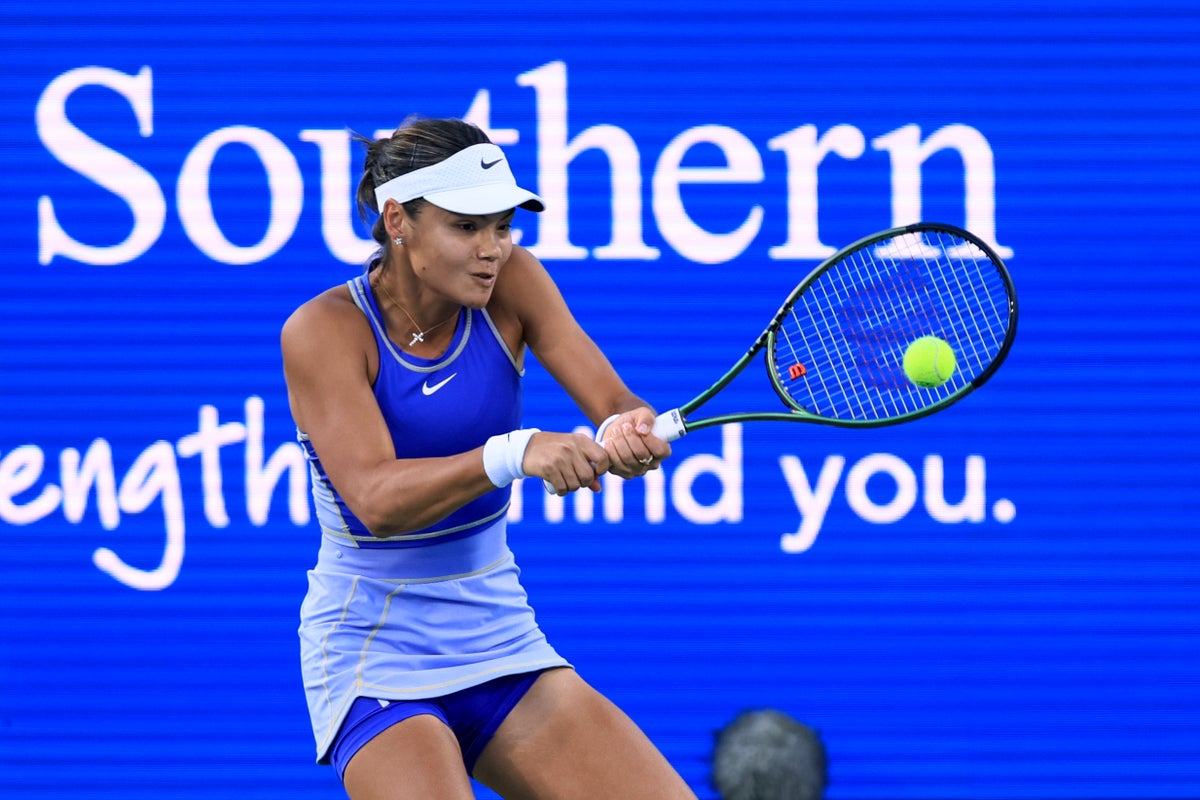 Emma Raducanu defeated Serena Williams 6-4, 6-0 in their first and likely last encounter on the court.

Williams, 40, struggled to find consistency in her fourth game of the season, giving up 12 unforced errors and notching just 11 wins in the first round of the Western and Southern Open in Cincinnati.

Meanwhile, the 10th-seeded Briton found her rhythm early, breaking the 23-time Major champion twice in the opening set before tearing away in the second set to claim her 12th win of the season.

The 19-year-old paid tribute to Williams in her on-court interview after the game.

“I think we all just have to honor Serena and her amazing career,” she said.

“I’m so grateful for the experience of being able to play her and for the intersection of our careers.

“Everything she has achieved is so inspiring and it was a true honor to be on the pitch with her.”

Raducanu’s victory sets up a second round match with another WTA Tour veteran in Victoria Azarenka, who defeated Kaia Kanepi in the opening round.

Why Canelo Alvarez vs. Gennady Golovkin 3 could be a punch in the gut for GGG