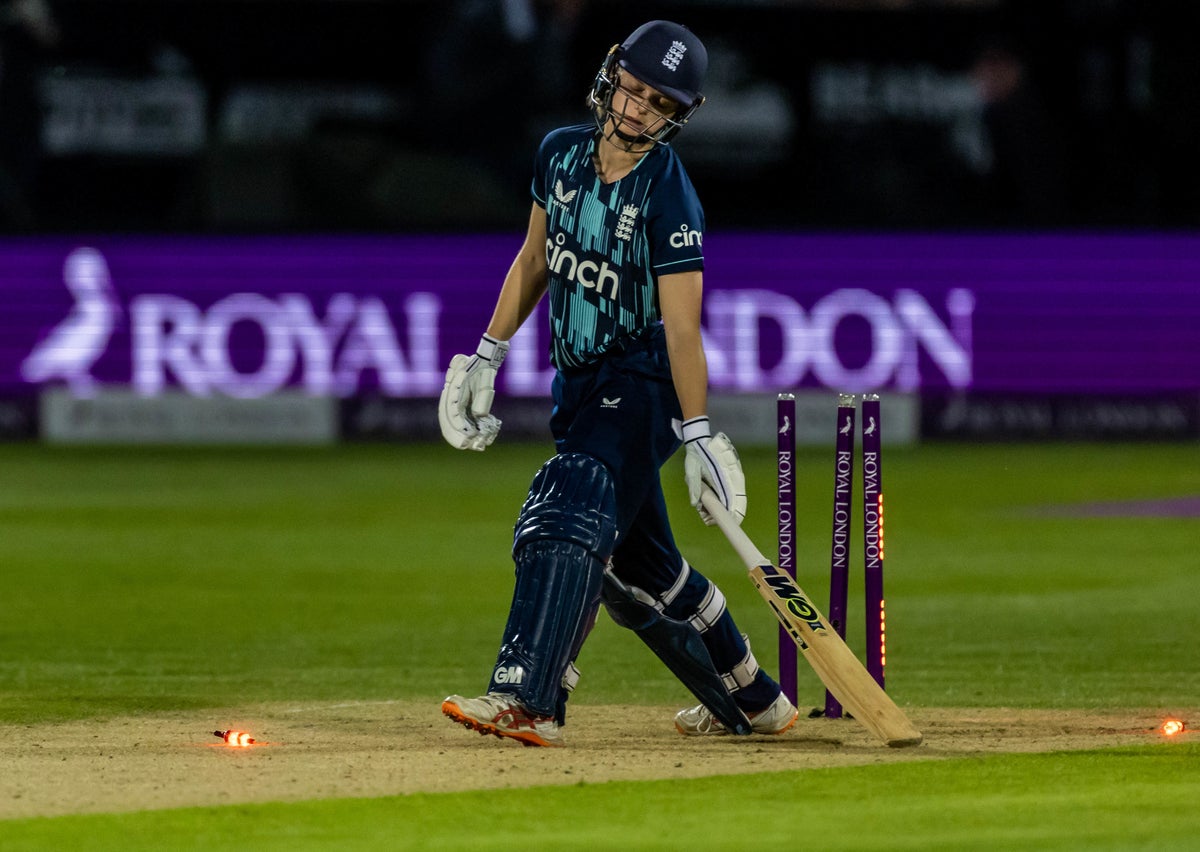 Amy Jones said Harmanpreet Kaur “flipped a switch” when the India captain scored a brilliant 143 to win the match to doom England to a one-day defeat in the international series at Canterbury.

After losing their opening game of Royal London ODI on Sunday, England needed to triumph on Wednesday to decide this weekend’s three-game competition at Lord’s.

But Jones’ side slipped to an 88-run loss after Kaur’s devastating spell that included 18 fours and four sixes and ended with them hitting 43 of their last 11 balls.

“Every defeat is tough, but Harmanpreet hit brilliantly,” said England captain Jones. “It was almost like she flipped a switch and actually brought it to us in the end. We struggled to defend ourselves. It was hard.

“It was important to slow them down as much as possible and while our bowlers are exciting and young talent, they are inexperienced.

“Everyone knows that inexperience can lead to inconsistencies, and while we’ve seen some great spells in this series and over the summer, going up against such a good hitter in such good form has always been a challenge.

“It’s going to be a great lesson for them and for us as a whole group in how to respond to moments like this.

“It’s important to think about what’s a good ball and what’s a good shot at the moment because it just felt like she was finding the line everywhere we bowled.”

In response to India’s 333, the home side slipped to 12-two and then 47-three, and although Danni Wyatt offered some hope at 65, the hosts were sent off at 245 as India celebrated, their first run on English soil since 23 years to win.

“But there are points at stake at Lord’s on Saturday. There will be a quick turnaround and it’s a great opportunity for a younger side to step up and show what we can do.

“It’s been a long season and it would be great for all of us to end up in that dressing room after winning the game.”

The Hundred is “great for women’s cricket,” claims Hollie Armitage