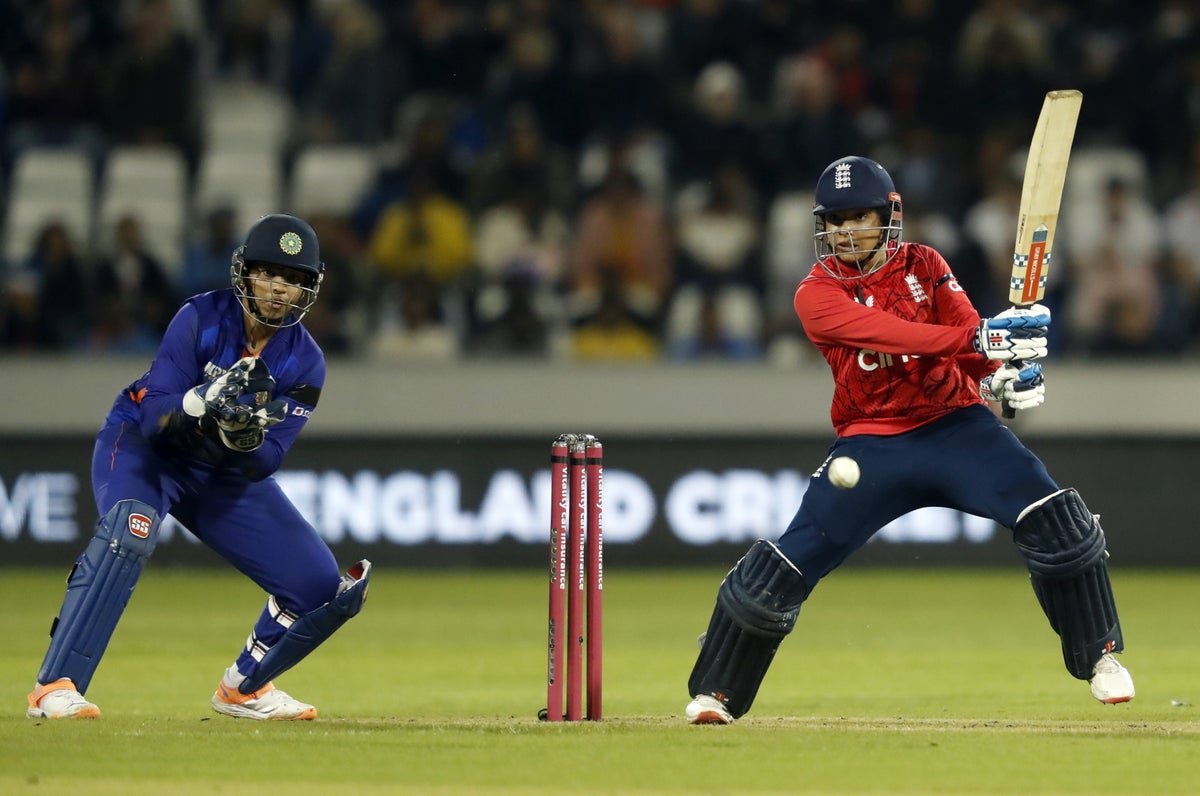 England rode to a dominant nine-wicket victory over India in the opening match of the Vitality T20 series at Chester-le-Street.

Set a target of 133 after Sarah Glenn struck four for 23, opener Sophia Dunkley – who survived an early lbw layoff after a no-ball – hit a good half-century to lead England to victory with seven overs to go.

After a delayed start due to rain, England – led by Amy Jones after reserve skipper Nat Sciver pulled out of camp to focus on her mental health because she was feeling “emotionally exhausted” – won the toss and decided opted for bowling first on a green field.

Before the game, there was a minute’s silence in honor of the Queen, who passed away on Thursday.

Still without captain Heather Knight, who is recovering from hip surgery, England were looking to get back on track after losing to India in the semi-finals of the Commonwealth Games.

Debutante Lauren Bell – the second-best wicket player in the Women’s Hundred with Southern Brave – opened the bowling but was soon struck by Smriti Mandhana in a four-pointer.

In the third over, Bryony Smith hit Mandhana on the pads, which was undisclosed and confirmed on review. However, Mandhana was dismissed with lbw for 23 to last ball, Smith’s shot caught her as she knelt and attempted a big swing – and this time the third referee offered no reprieve.

A well-held catch by Smith at Long-on saw Shafali Verma (14) in the seventh over against new bowler Glenn, leaving India with 47 for two.

Glenn then pinned Dayalan Hemalatha (10) lbw in the ninth over before wicketkeeper batter Richa Ghosh found the first six of the game against Sophie Ecclestone as she and captain Harmanpreet Kaur pushed the recovery.

However, Freya Davies broke the promising partnership when Ghosh sent a slower ball to Smith in the 12th over and India lost four for 83.

Glenn continued England’s momentum as she bowled Kaur (20) with a low delivery and the seamerin collected her third scalp when Kiran Navgire (seven) was caught in deep mid-wicket by Danni Wyatt, with India’s total at 105.

India lost their seventh batter in the penultimate over when Vastrakar (three) was passed by Freya Kemp.

Deepti Sharma hit a four from the final delivery of the innings to go unbeaten in 29 of 24 deliveries, while Sneh Rana was not out in India’s 132 for seven two.

England opener Dunkley survived an early scare after giving Renuka Singh Thakur lbw from the third delivery – which proved a no-ball after a check.

Dunkley was then dropped by Verma in the fifth over as India’s fielding errors proved costly as England soon passed the 50 mark.

Wyatt was passed by Ghosh by 24 points in the seventh over, but Alice Capsey continued England’s momentum, landing two sixes on her way to an unbeaten 32-of-20 deliveries.

Dunkley didn’t finish 61 from 44 balls with eight fours and a six when Capsey hit the winning line and saw England home with 134 for one.

Elizabeth believed we should be "able to bend to the past but not be bound by it".