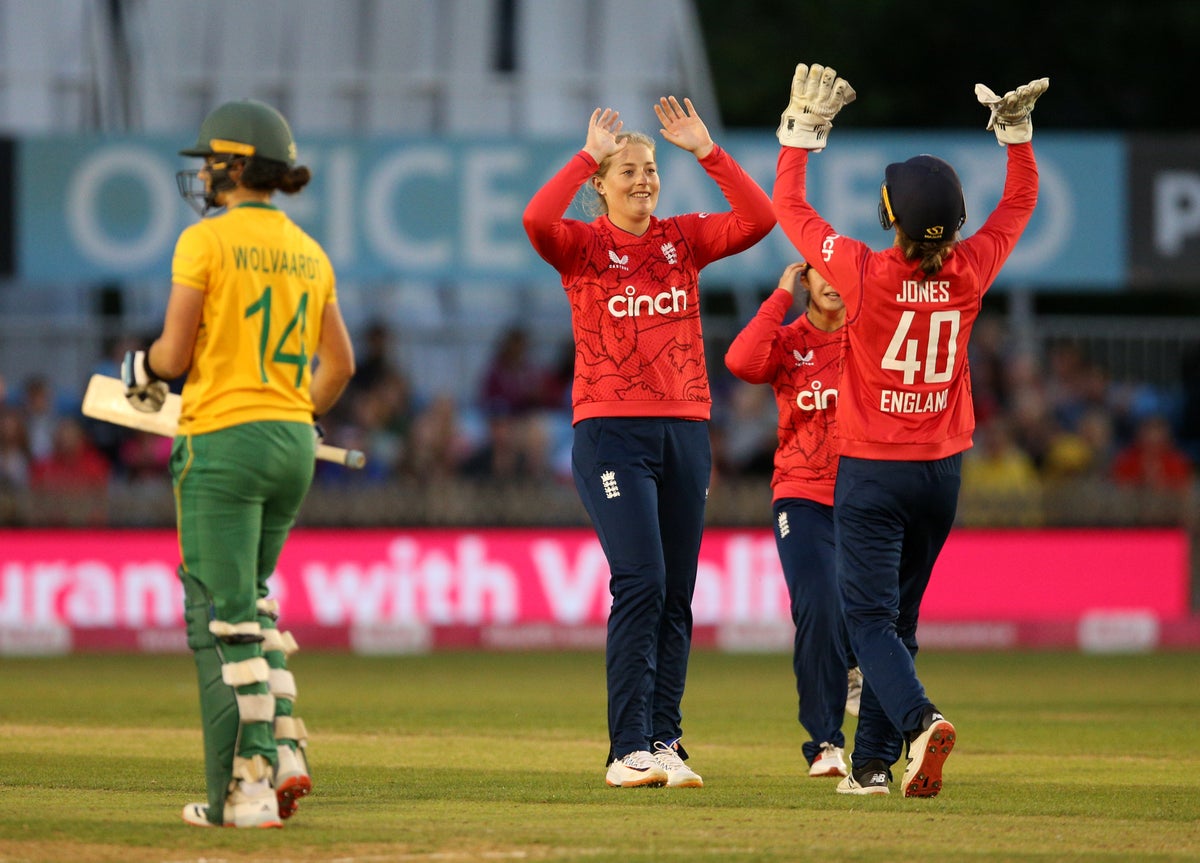 The teenager finished the derby 2 for 18 after Sophie Ecclestone blasted 26 from the last over of her side’s innings to put the South Africans to victory on 177.

England finished the multi-format series unbeaten and in fine form five days before the start of the Commonwealth Games campaign.

Sophia Dunkley’s exit for a first-ball duck put Alice Capsey in the crease well earlier than expected, but the 17-year-old showed little sign of nervousness as she hit a 17-ball 25 before being caught bowling by Nonkululeko Mlaba.

Skipper Nat Sciver, deputizing for the injured Heather Knight, and Danni Wyatt had set 45 for the third wicket when Sciver was bowled by Mlaba for 24 and it was 86 for four a ball later when Wyatt was similarly dismissed by Chloe Tryon would have reached 30.

Maia Bouchier was phased out at 18 and Amy Jones followed, caught on the limit for 28, but Ecclestone looted 26 from Masabata Klaas’ final over, a move that included two sixes and three fours to end unbeaten on 33 from just 12 balls to be.

Lara Goodall became Issy Wong’s first international T20 victim after the fourth tourist response delivery when she was bowled for two and Kemp had opener Aneke Bosch for 17 to match Wong’s performance and leave South Africa at 57 for two.

Laura Wolvaardt’s exit for 13 sent her down to 84 for three, and although Tazmin Brits reached 50, she fell to Kemp nine runs later before Capsey and Ecclestone accounted for Mignon Du Preez and Tryon respectively.

The throw-in: Kerry pulls away, Tipp defiant and Conal Keaney on the dubs

Will Novak Djokovic play at the French Open after Antivax controversy in Australia?