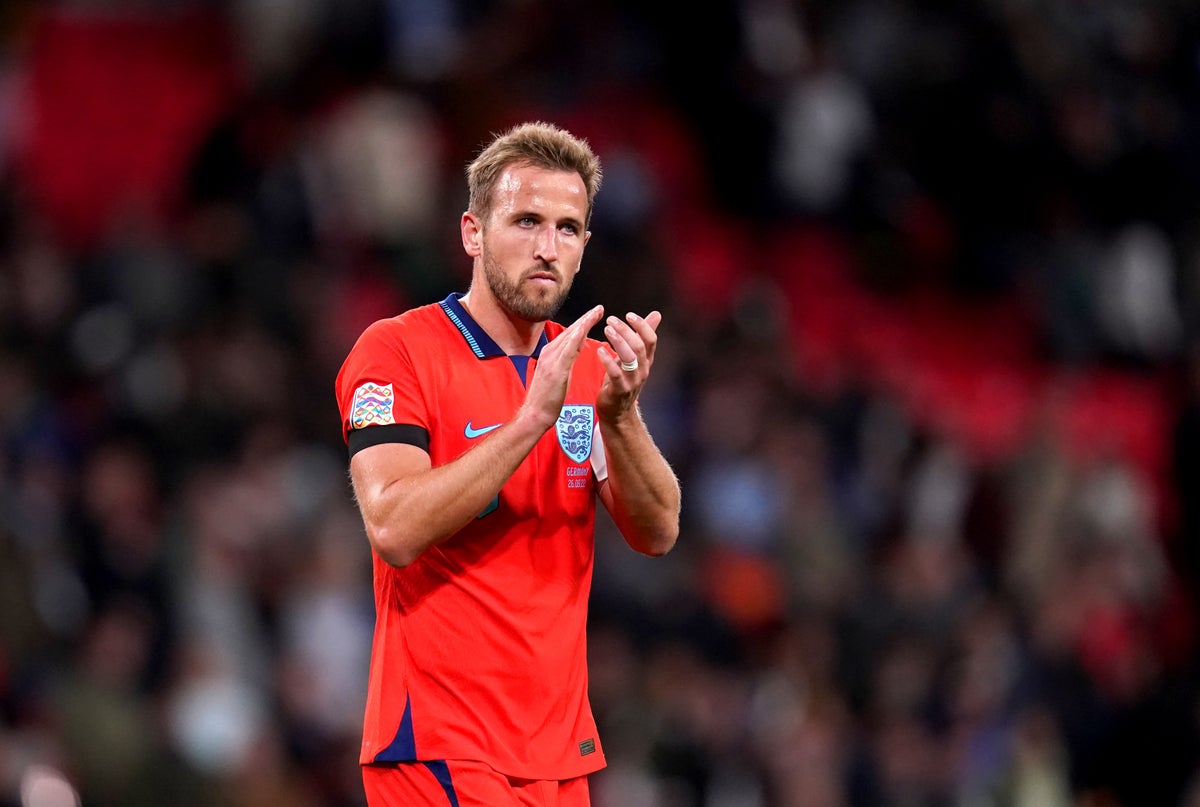 Harry Kane admitted England have felt the pressure of their recent poor performances but thought they had improved significantly in the 3-3 draw with Germany at Wembley.

The Three Lions fell 2-0 after Harry Maguire missed a penalty that Ilkay Gundogan converted and then the much-maligned defender squandered the ball in the build-up to a fine strike from Kai Havertz.

But goals from Luke Shaw, Mason Mount and a penalty from Kane gave the hosts a 3-2 lead before an error from goalkeeper Nick Pope gave Havertz a second to deny England a win in their last game before the World Cup.

“Much better,” Kane told Channel 4. “I thought we played really well, we were unlucky to go 2-0 down, it was a mistake and then a great goal from the edge of the box.

“We did really well staying in the game and getting back in, took the lead and then unfortunately made a mistake again.

“The mentality and the struggle of the team showed there today. We didn’t win but we can be proud of what we did and it puts us in a good place ahead of the World Cup.”

Kane’s penalty for a foul on the impressive Jude Bellingham was his 51st goal for his country.

“Obviously it was nice to score,” he added. “There always seems to be a few pressure penalties here at Wembley but it was nice to see one go in and just a shame we couldn’t win but we keep going.

“We were all under pressure with the recent results. We scored three goals and that makes us feel good.

“I’m proud of the boys and now we have about six busy weeks before we prepare for the World Cup.”

Boss Gareth Southgate chose not to focus on the mistakes.

“I think as a group they’ve really come together this week, they’ve grown. We’ve learned a tremendous amount this week,” he told Channel 4.

“A few mistakes cost us goals but they played with a great spirit and a conviction that we haven’t shown in the last couple of games.”

This Halloween adventure isn't great, but it's still interesting

The Inishowen Peninsula is a holiday paradise

Interview with Tom Daley: “Sport is one of the most heteronormative areas: Men have to be male”