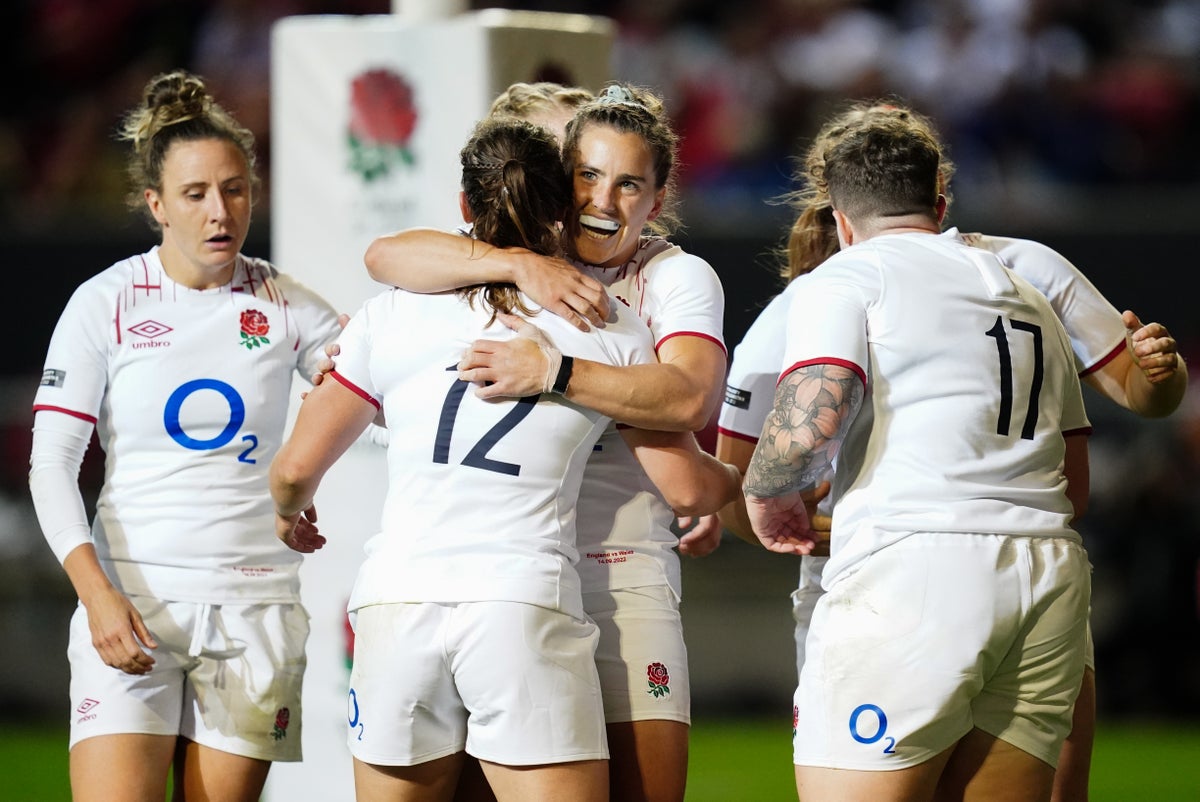 England continued their World Cup preparations in groundbreaking fashion as they defeated Wales 73-7 at Ashton Gate.

It was the Red Roses’ 25th consecutive win – a feat unmatched by any Test nation, male or female, before.

Unbeaten since July 2019, Sarah Hunter’s team will open their World Cup season in Auckland on October 8 against Fiji as clear tournament favorites.

England put on another dominant display in front of a crowd of 11,600 and never looked back after first-half tries for centers Helena Rowland and Emily Scarratt, flanker Marlie Packer and full-back Ellie Kildunne.

Scarratt kicked three conversions while there was also a penalty attempt after Wales briefly equalized through a Gwen Crabb touchdown converted by Elinor Snowsill.

The second half was a similar tale of dominance as more points followed for Rowland – who completed her hat-trick with two more tries -, Scarratt, Zoe Aldcroft, substitute Amy Cokayne and Hannah Botterman, with two additional Scarratt conversions giving her a 20- Point-haul while Rowland added two conversions and Amber Reed added one.

A minute’s silence was held in honor of the Queen, and after 70 minutes there was applause and cheers from the crowd in recognition of the monarch’s 70-year reign. The jerseys of both teams also featured honors.

The game started at a high tempo, with both sides trying to move the ball and Rowland pounced on an opening try, converted by Scarratt after just eight minutes.

Rowland again made short work of defending Wales ahead of England’s next attack, but the goal was ruled out for interference during build-up play.

Wales could easily have gone into the shell so wild was England’s opening but they hit back with an attempt to equalize after a driven alley ended with Crabb’s landing and Snowsill’s conversion.

An entertaining opening quarter continued briskly and England struck again after some impressive close quarters work between backs and forwards that made room for Scarratt to claim a try, which she converted as well.

Wales could not help themselves when flanker Alex Callender received a yellow card 15 minutes before the break and England imposed another punishment when a relentless attack from the strikers ended with Packer touching down and Scarratt converting again.

England lost Lark Davies, front row striker, to injury and was replaced by Cokayne but did not end their forward power when they called for a penalty attempt in the 37th minute.

With Callender still in the sin trap, England drove a scrum towards the Wales line and when they illegally collapsed, French referee Aurelie Groizeleau awarded them a seven-pointer.

Wales failed to stop a relentless stream of English attacks and the Red Roses struck again through a try from Kildunne to make it 33-7 at half-time.

Cokayne got the ball rolling in the second half with England’s sixth try and Wales were in damage control mode as they faced a grueling final 35 minutes.

England prevailed further through Rowland’s second attempt in their last competitive practice session before the World Cup before a mini-fight broke out which resulted in Groizeleau sending skipper Hunter and her opponent Carys Williams-Morris a general caution.

Scarratt added another try and conversion and Wales could do nothing to stop the points rush as England effortlessly went into overdrive.

https://www.independent.co.uk/sport/england-wales-auckland-fiji-sarah-hunter-b2167476.html England recorded their 25th win in a row with a 73-7 win over Wales

Leandro Trossard is enjoying his role in the Brighton set-up