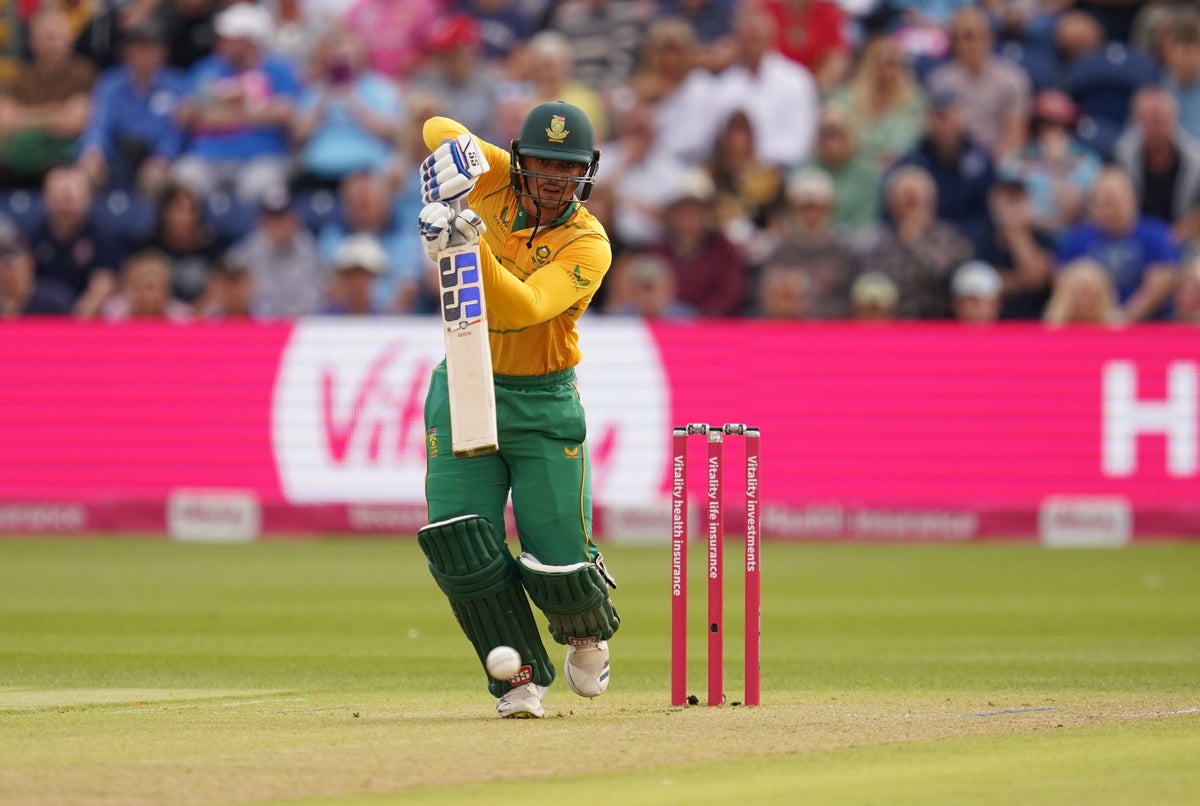 England will need 192 to win the T20 playoff and give new captain Jos Buttler a first win in the white ball series after South African pairing Reeza Hendricks and Aiden Markram hit the fifties at the Ageas Bowl.

Hendricks top scored at 70 for his third half-century of the series and Markram finished at 51, not keen to help the Tourists make 191 for five despite the best efforts of David Willey, who took three for 25.

Buttler’s decision to recall Willey was immediately confirmed when left-arm sailor squeezed Quinton De Kock, who hacked at his own stumps for a three-ball duck.

South Africa rallied, with Reece Topley being particularly expensive before a light shower in Hampshire meant the players were substituted seven minutes late.

Rilee Rossouw welcomed Chris Jordan’s introduction and return to action with a series of limits, totaling four from the sixth over to help the tourist reach 53 for one at the end of the power play.

Moeen Ali soon ended Rossouw’s fun as he showed a beauty hitting the left-hander’s outside edge to send the stirrups flying, but Hendricks stood his ground despite some wealth, with an inside edge and a top edge racing to the limit.

After scoring fifties in the first few opening games of the T20 series, the South African repeated the trick – despite a second mini-rain delay – but this time using the wide outfield with several singles and twos.

Hendricks brought up his half-century of 42 balls before he started putting his foot on the accelerator, with three margins past Sam Curran’s 16th.

Markram, back on the South African T20 team for the first time since last year’s World Cup, provided solid support and switched gears after Hendricks was impressively caught by Buttler for 70.

Jordan’s slower ball was responsible for the opener, but Markram missed more punishment for Topley, reaching his fifty balls from 36 before captain David Miller delivered a brilliant finish with a Quickfire 22 to set 192 for the win.

https://www.independent.co.uk/sport/cricket/england-david-willey-south-africa-quinton-de-kock-moeen-ali-b2135115.html England set a goal of 192 against South Africa to win the T20 playoff at the Ageas Bowl